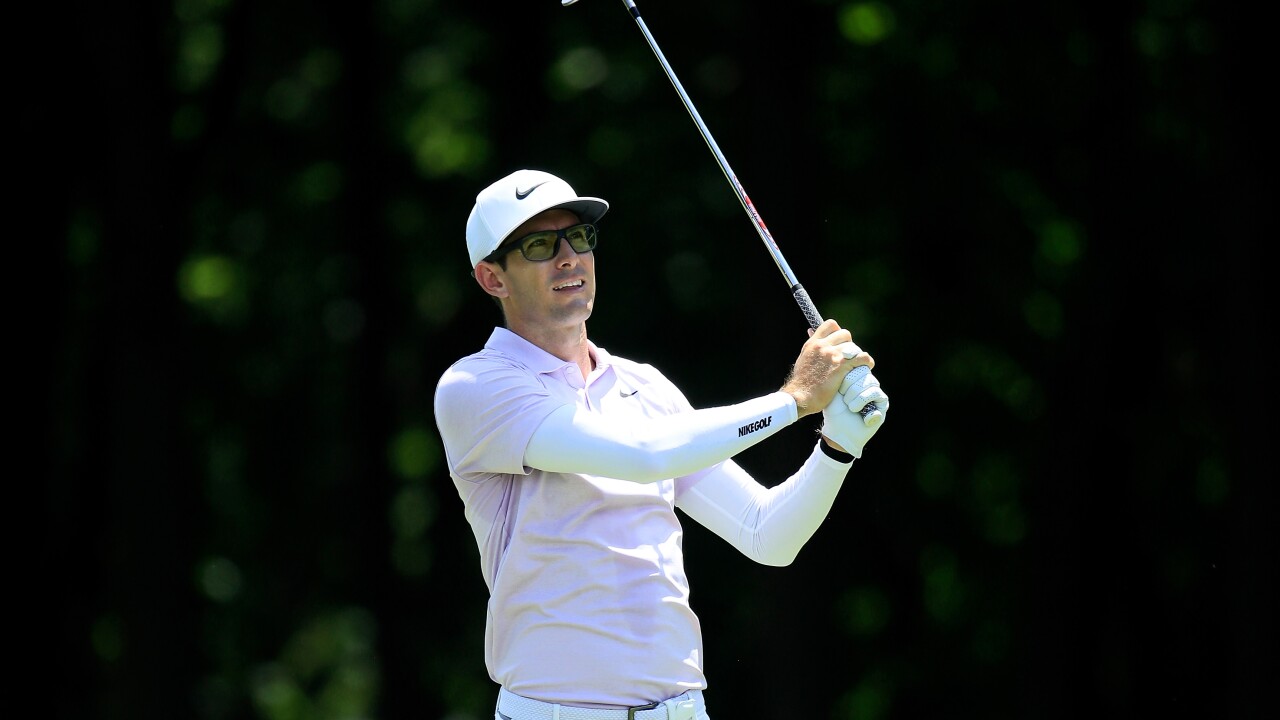 SILVIS, Ill. (AP) -- While the rest of the leaders faltered, Dylan Frittelli surged to his first PGA Tour title.

Frittelli won the John Deere Classic on Sunday, closing with a 7-under 64 for a two-stroke victory over Russell Henley. The South African earned a spot next week in the British Open, finishing at 21-under 263 after the bogey-free final round at TPC Deere Run.

One of eight players within two strokes of the lead entering the lead, Frittelli was looking forward to the tournament's charter flight to Royal Portrush.

"I'm sure it's going to be a fun flight," Frittelli said.

A two-time winner on the European Tour, Frittelli birdied the par-5 17th after blasting out of a greenside bunker to 11 feet, and closed with a par on the par-4 18th.

Frittelli had tied for 46th in each of his last two starts.

"I don't want to say it was easy out there. It just felt a whole lot easier than it has been the last few weeks," Frittelli said. "I calmed my nerves down."

Henley shot a tournament-best 61. Andrew Landry, who opened Sunday in a two-way tie for the lead, was 18 under after a 69.

Rookie Collin Morikawa (66), the runner-up last week in Minnesota, and Chris Stroud (67) followed at 17 under. Morikawa hit all 18 greens in regulation.

Henley's career-low effort included six birdies on the back nine, capped by one on No. 18 -- the same hole he double-bogeyed Friday. Henley made six putts of at least 7 feet, including 26- and 46-footers.

"If you would have told me at the start of the day, `We'll give you 66,' I'd have said, `That's pretty good.' So to get five better than that is really awesome," Henley said.

But Henley, who finished well before Fritteli hit the turn, could only watch from the clubhouse as Frittelli surpassed him and everyone else in the field.

Frittelli, who opened with rounds of 66, 68 and 65, started the final round with three straight birdies. He matched Henley with a chip-in on No. 10 and took the lead for good with a 20-foot birdie putt on the 11th hole.

Landry birdied No. 14 to pull within two shots. But Landry went with his putter 30 feet from the pin while off the green on the par-4 15th hole, and left his try short on his way to his third bogey of the day.

Moments later, Frittelli got out of a bunker by using the green's downward slope to his advantage, where he made a birdie putt that effectively ended the drama in the Quad Cities.

"You can't give up shots to the rest of the field," Frittelli said. "When I saw the leaderboard, putting downhill, I thought, if I make this (I'll get) a little bit of breathing room with Russell in the clubhouse already."

Frittelli, who made the winning putt for the University of Texas in the 2012 NCAA Tournament, became the second player from that Longhorns team to win at TPC Deere Run. Jordan Spieth won in 2013 and 2015.