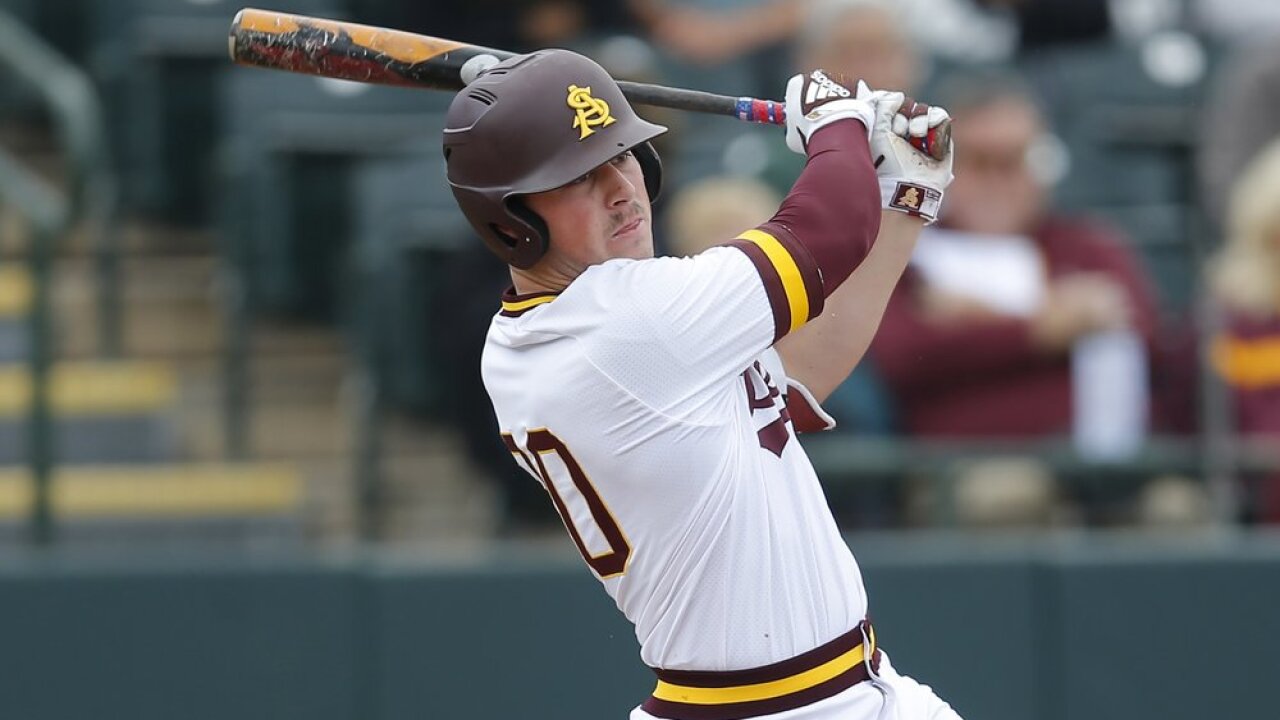 FILE - In this Feb. 17, 2019, file photo, Arizona State's Spencer Torkelson bats during an NCAA college baseball game against Notre Dame in Phoenix. The Detroit Tigers are rebuilding around an impressive group of minor league pitchers. Now, it might be time to add a star hitting prospect to the mix. Whether it’s Arizona State slugger Spencer Torkelson or somebody else, Detroit has a chance to add another potential standout when it makes the No. 1 selection in Wednesday night’s Major League Baseball draft. (AP Photo/Rick Scuteri, File)<br/>

The Detroit Tigers have selected Arizona State slugger Spencer Torkelson with the first overall pick in the 2020 MLB Draft.

Torkelson, 20, is a first baseman and broke Barry Bonds' record at Arizona State for home runs by a freshman with 25 home runs. He was announced as a third baseman.

Here is Tigers GM Al Avila's setup for the MLB Draft. He shared this look with us at @WXYZDetroit pic.twitter.com/bPwPhBs4EX

“After completing a comprehensive and truly unique pre-draft evaluation of the top players, our decision to select Spencer was a clear one," Tigers GM Al Avila said in a statement.

The slugger had six home runs in the shortened season this year for the Sun Devils.

“He’s one of the most polished hitters we’ve seen in the draft for quite some time, showing plus-plus power and excellent plate discipline," said Tigers director of amateur scouting Scott Pleis in a statement.

Previous Detroit Tigers picks include OF Riley Greene last year and pitcher Casey Mize in 2018. Greene played for Single-A in 2019 while Mize was at Double-A.