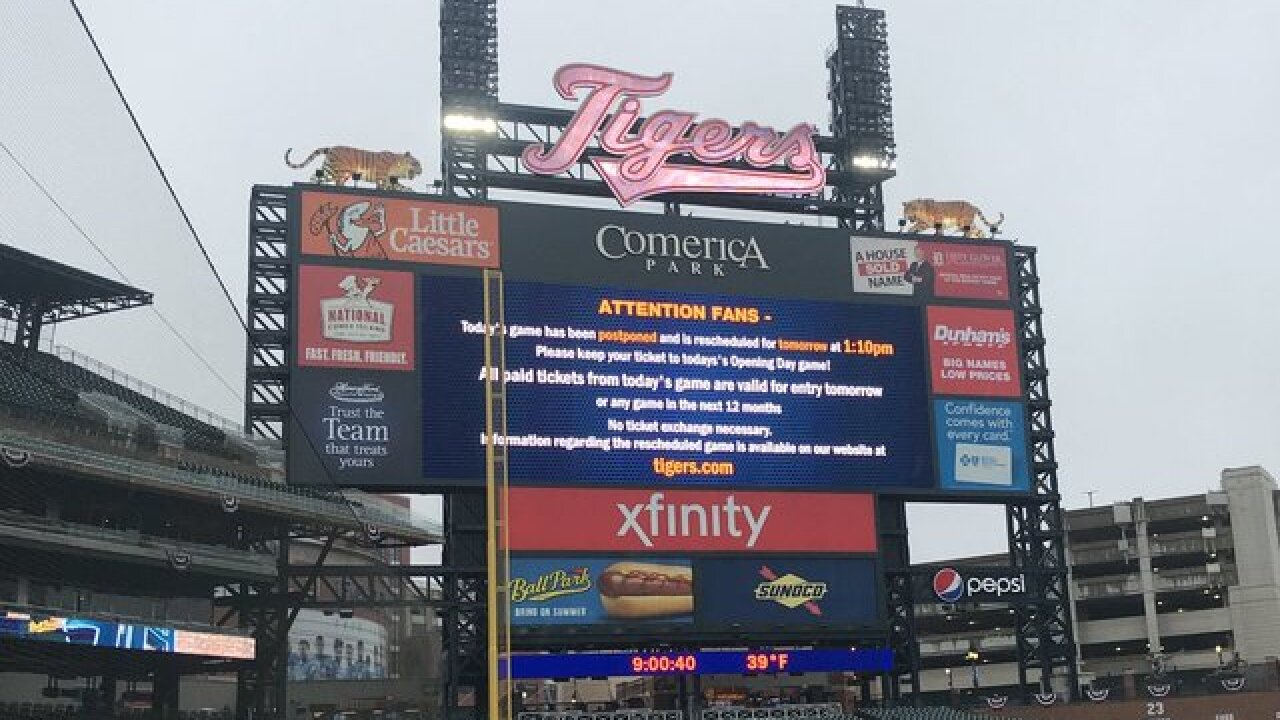 The Detroit Tigers are postponing Opening Day due to rain in Detroit, the team announced. It has been rescheduled for Friday at 1:10 p.m.

The postponement is the first time in Comerica Park history that Opening Day has been canceled.

All tickets for the game will be honored for Friday's game or can be exchanged for any future regular season game in the next 12 months, not including next year's Opening Day.

This is the second straight year the team has had Opening Day postponed. Last year, the team's season opener in Chicago was washed out.

Rain has been falling in the Detroit area for most of the morning and it was expected to continue to fall throughout the afternoon.