Detroit Pistons auctioning of collectibles from The Palace; here's how you can get them 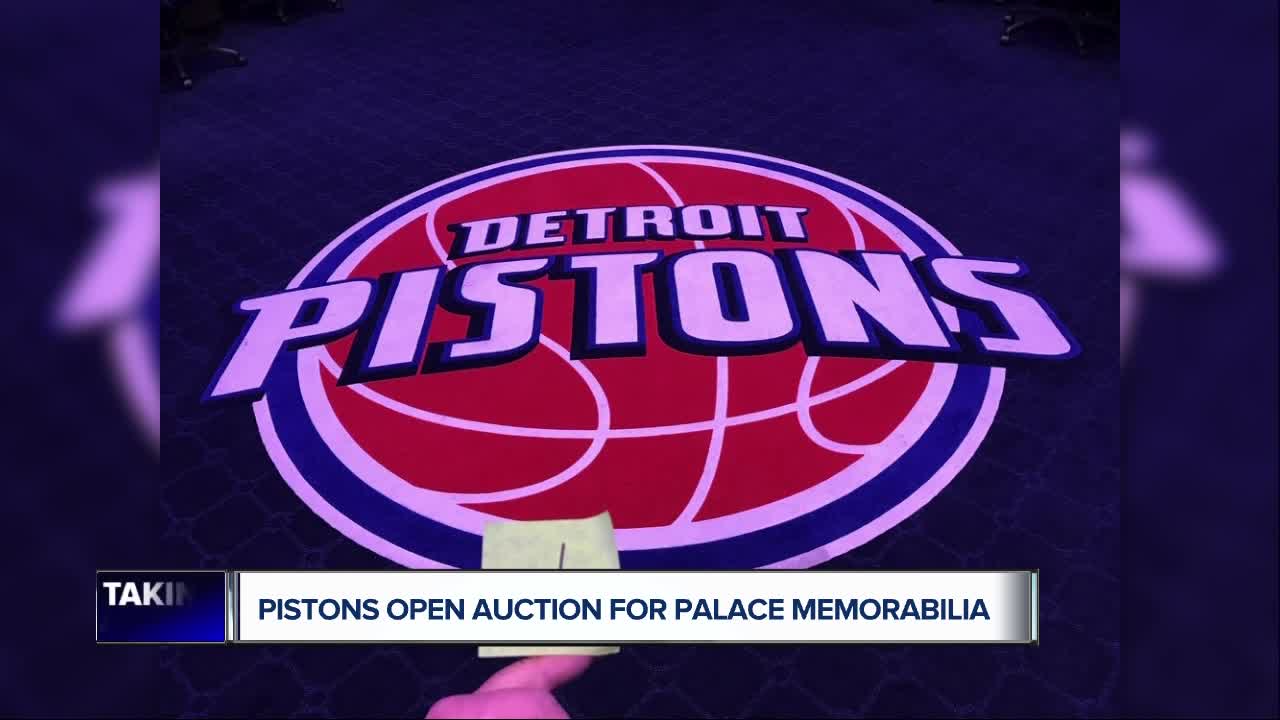 The Palace of Auburn Hills is going to be torn down, and the Detroit Pistons are now giving fans the option to own collectibles from inside their former home. 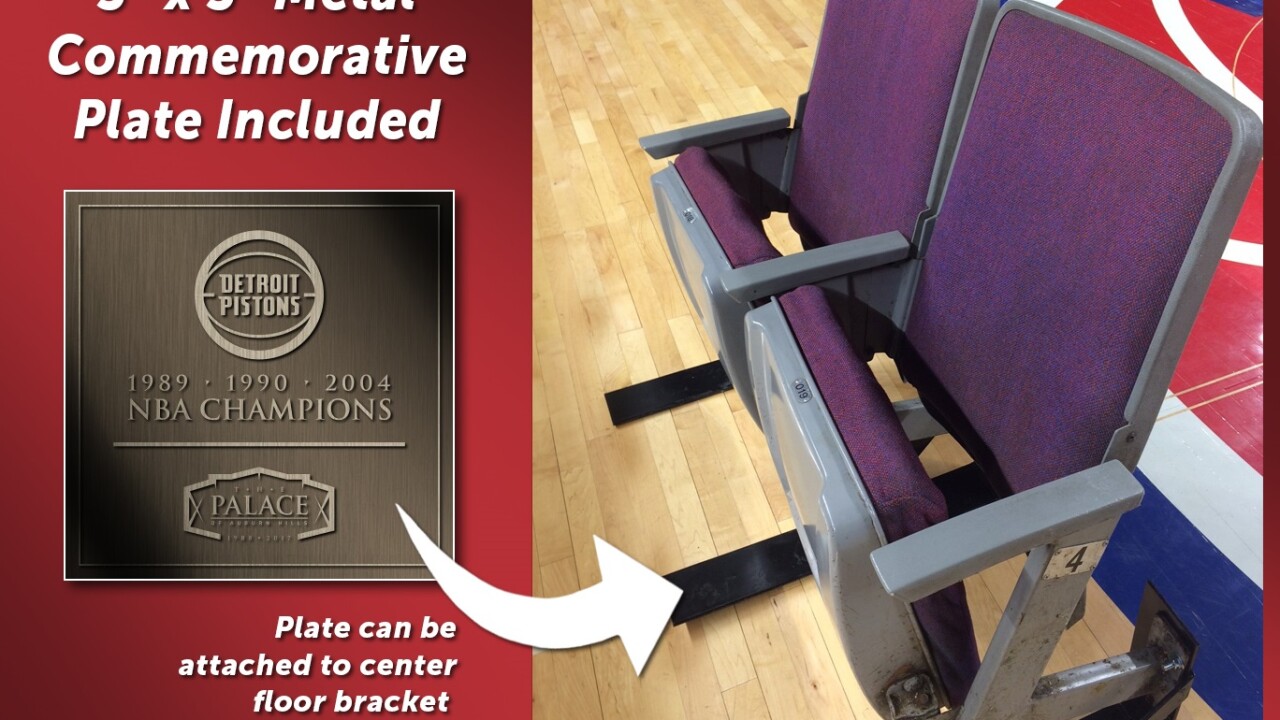 The Palace of Auburn Hills is going to be torn down, and the Detroit Pistons are now giving fans the option to own collectibles from inside their former home.

The team announced Thursday that the online auction for unique collectible items, furnishings and equipment will begin at 10 a.m. at ownpalacehistory.com .

According to the team, more than 3,000 items, including arena seats, will be for sale on the website. Other items include a 16-foot Pistons hand-sewn banner, vinyl wall murals of Pistons' all-stars, photos celebrating Pistons championship teams and legends, logos, signage, player lockers, locker room doors and more.

“We’re excited to provide fans an opportunity to own a piece of The Palace’s rich history and this auction will include items that celebrate the great basketball and entertainment moments,” said Charlie Metzger, Executive Vice President and Chief Revenue and Marketing Officer for the Detroit Pistons. “Countless memories were made at The Palace and we want to give fans the prospect of owning a tangible piece of that special history.”

The auction will conclude on Saturday, July 20 for memorabilia, Wednesday, July 31 for stadium support equipment and Aug. 1 and 2 for restaurant equipment and FFE respectively.

If you want seats, they are being sold in pairs and come with a customized stand and 3"x3" commemorative metal plates to authenticate them.

Memorabilia Items are being sold by auction running July 11th through July 20th. Among the 600-plus memorabilia items:

The Restaurant Equipment Auction will be open from July 11 through August 1. More than 700 heavy duty, commercial-quality items are up for bid, including appliances such as refrigerators, ovens, stoves and fryers. An extensive selection of stainless-steel shelves, tables and other food preparation and serving equipment is also for sale.

When all the auctions have closed, the items will be tagged and secured in a holding area at The Palace. All items must be picked up by the high bidder at The Palace of Auburn Hills during the period of August 7th through September 30th between 9:00 a.m. and 5:00 p.m. No purchases can be shipped. Additional details, including payment terms of the sales and rules for the auction are posted at www.ownpalacehistory.com [ownpalacehistory.com] .