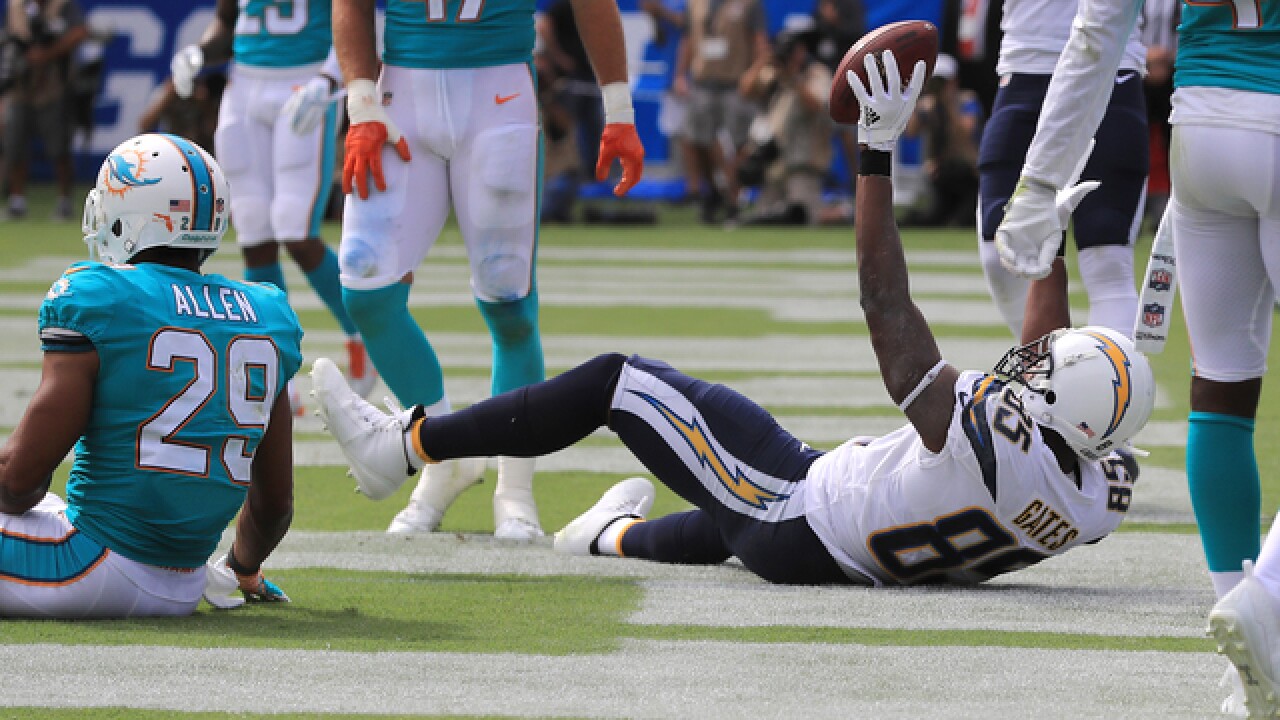 Antonio Gates, who became one of the most prolific tight ends in the NFL without playing a down of college football, announced his retirement Tuesday.

Gates spent his entire 16-year career with the San Diego and Los Angeles Chargers. His 116 touchdown catches are the most by a tight end in league history.

“I never dreamed that I would play this game of football so long or how fortunate I would be to play it with just one organization,” he said in a statement. “I want to thank the Chargers organization, Dean Spanos and the Spanos family, and the National Football League for the opportunity to live out a dream and play the game I love.”

Gates, who did not play this season, will join the Chargers front office as a legends ambassador. He played at Detroit Central High School.

He is the franchise leader in receptions (955), receiving yards (11,841) and touchdowns. His 220 regular-season games are second. He had eight seasons when he had eight or more touchdowns and 21 multi-TD games.

Among tight ends, Gates’ receptions and yards are third, and his games rank fourth. He was a three-time selection to the All-Pro team as well being picked for the Pro Bowl eight times. He will be eligible for consideration for the Pro Football Hall of Fame beginning with the Class of 2024.

“He no doubt is one of the greatest tight ends to ever play the game. He is the master of a pivot three and a seven route. He ran all of the others pretty dang good also,” said Philip Rivers, whose 89 TD passes to Gates make them the most prolific QB-TE duo in league history. “He was so hard to cover that we had a ‘Gates Rule’ in the QB room. We would talk through the reads and the plays and they all had a ‘Gates Rule.’ It pretty much meant, if he is one on one, throw it there.”

Gates played football at Detroit Central High School. He originally went to Michigan State to play football and basketball but left when Nick Saban only wanted him to play football. He transferred to Eastern Michigan but would eventually end up at Kent State, where he led the school to the Elite Eight in the NCAA Tournament in 2002.

His 6-foot-4 frame didn’t draw much interest from NBA scouts, but his hands and footwork did attract NFL scouts, who were aware of Gates’ high school career. He signed with the Chargers as an undrafted rookie in 2003 and made an immediate impact. The first of his 21 100-yard games came in a Week 9 win over Minnesota, the first by a Chargers rookie since Wayne Walker in 1989.

Gates helped the Chargers to seven postseason appearances. His TD in last year’s divisional-ound loss at New England made him the oldest tight end in league history with a score (38 years, 209 days).

General manager Tom Telesco is hopeful Gates will not have to wait long for his chance to get into Canton.

“Antonio redefined what the tight end position looks like and is responsible for how we evaluate and view the position in today’s NFL,” he said. “Rewriting the record book is obviously part of it, but when you needed a big block, needed to convert that first down, needed a steadying voice in the huddle or leadership in the locker room, that was Antonio. He didn’t just do one thing well, he did everything well. And that’s what makes him a first ballot Hall of Famer in my book.”