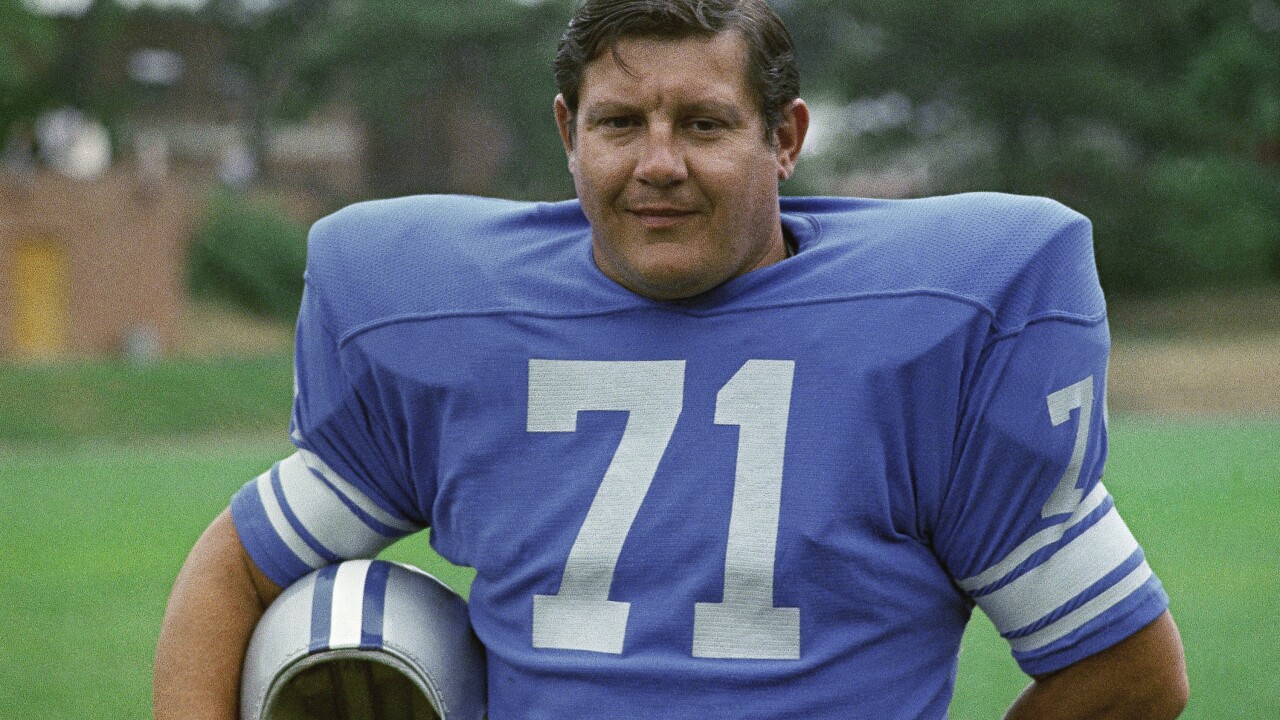 Detroit Lions great Alex Karras was one of 15 people selected to the Pro Football Hall of Fame, announced on Good Morning America on Wednesday.

"One of the NFL alumni's most famous faces on the big and small screen, Alex Karras was as destructive on the NFL field as he was noticeable in projects such as 'Blazing Saddles' and the TV show 'Webster.'" the NFL wrote.

He was selected to four Pro Bowls during his career, and was a first-team all-pro three times.

Karras will join other Lions players in the Hall of Fame, including Lem Barney, Dick "Night Train" Lane, Doak Walker, Charlie Sanders, Dick LeBeau, Bobby Layne and Barry Sanders. In all, there are 20 former players in the HOF.

In 2018, the Lions announced they were adding Karras' name to the team's Ring of Honor along with Roger Brown and Herman Moore.

“Roger Brown, Alex Karras and Herman Moore each exemplified what it meant to be a Detroit Lion in their own unique way as players and teammates. All three of them are befitting of the greatest individual honor our organization can give to a Lions Legend," Team President Rod Wood said at the time.