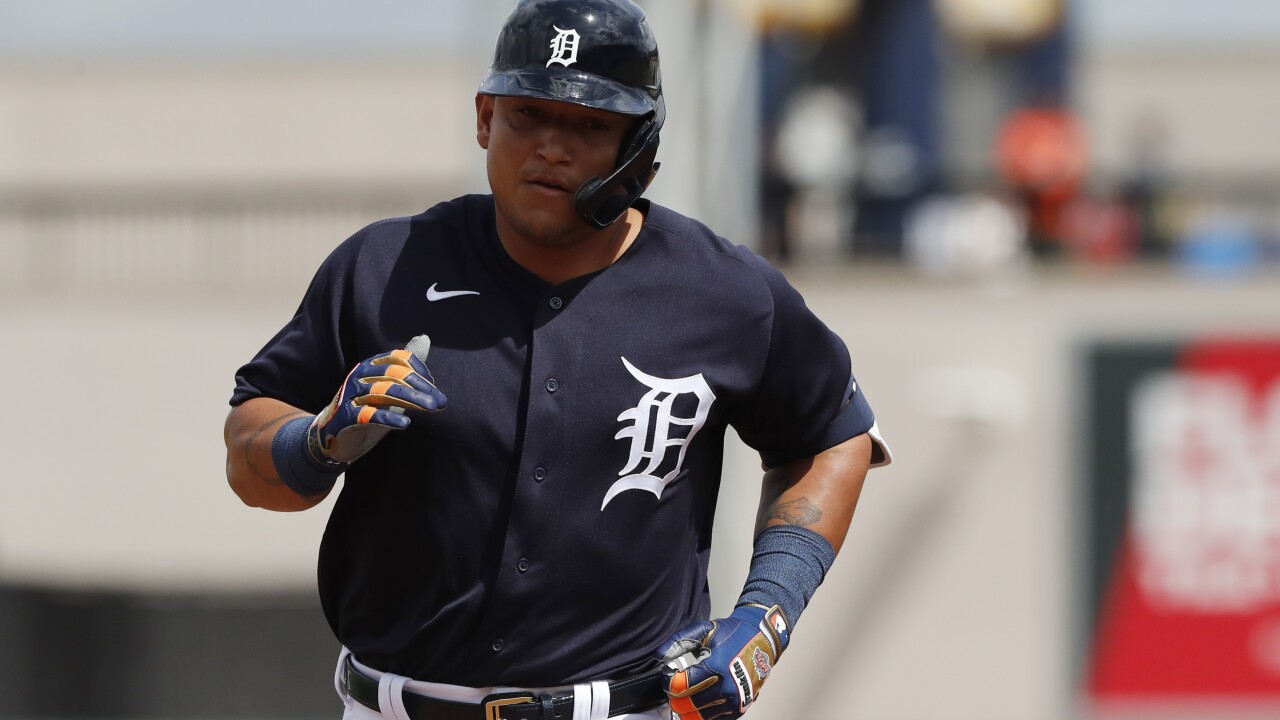 Then Demeritte and Cabrera went deep against the New York Yankees ace on back-to-back pitches in the second.

“Probably pleased with most of the pitches, just got blistered on a handful of bad ones,” Cole said. “It’s not my favorite day of 2020 so far, but it is just spring training. You just take it for what it is, plain and simple, and we’ll learn from it and get better,”

Cole, who signed a $324 million, nine-year contract as a free agent, allowed six runs. six hits and one walk in two innings with three strikeouts. The 29-year-old right-hander threw 33 of 44 pitches for strikes.

“Miguel’s first home run was a poor pitch. Demeritte’s homer on a slider in the first inning was a poor pitch,” Cole said. “The 2-2 fastball that he hit out the second time got to the top of the zone where we wanted to execute it. I thought he put a good swing on it. And then we went middle in on Miggy. I think we got the fastball in but for whatever reason, maybe just didn’t have quite consistent life on it today.”

Cole was ill with a fever on Monday but was back at the ballpark Tuesday.

“Definitely affected the routine, but as far as today I felt good to go,” Cole said.

He had pitched 3 2/3 scoreless innings over his first two starts. He feels he is on target for his expected opening-day start at Baltimore on March 26.