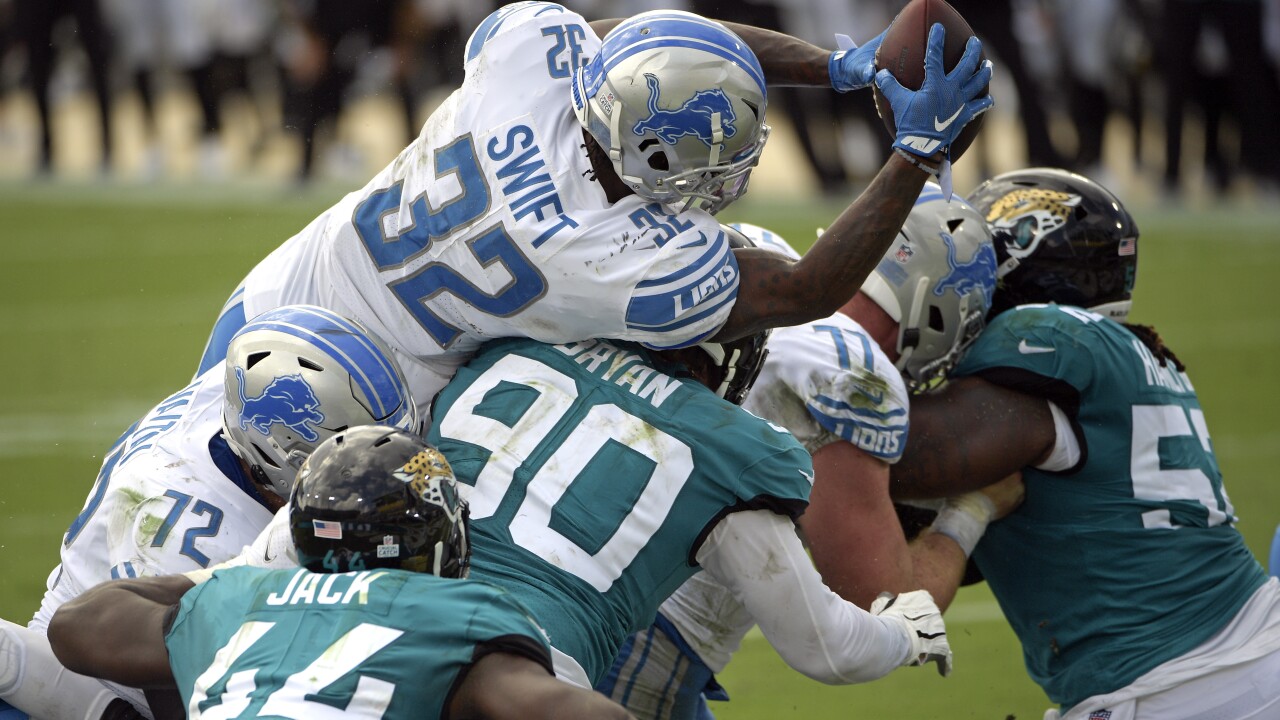 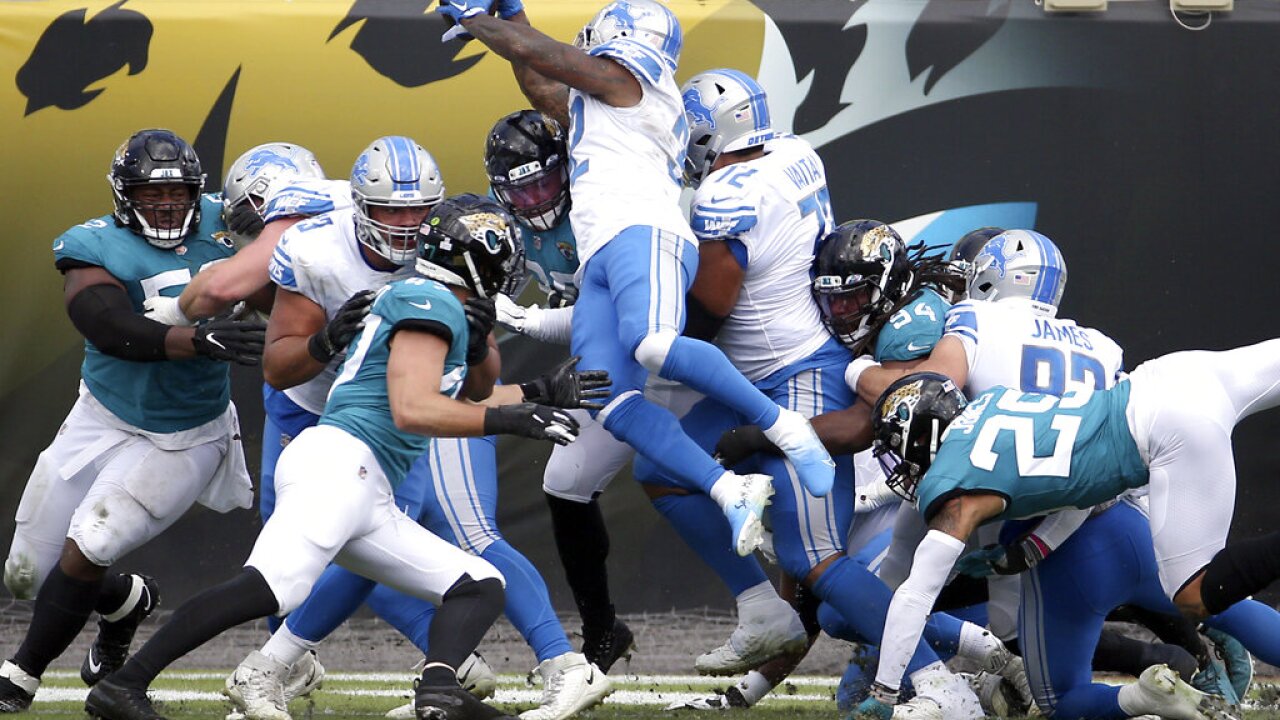 The Detroit Lions dominated the Jacksonville Jaguars on the way to their second win of the season.

Stafford finally got his first touchdown pass against Jacksonville.

It helped the Detroit Lions build a lead even they couldn’t squander.

Rookie D’Andre Swift ran for a career-high 116 yards and two touchdowns, Stafford got an elusive TD pass against Jacksonville and the Lions hammered the Jaguars 34-16 on Sunday.

Swift is the first Detroit Lions rookie who rushed for more than 100 yards and two touchdowns in a game since Barry Sanders.

Detroit made this one look easy. It probably helped that this one came against hapless Jacksonville, which has now lost five straight and allowed at least 30 points in each one.

The Jaguars were the only team Stafford hadn't thrown a touchdown pass against in 12 NFL seasons.

Next week, the Lions take on the Atlanta Falcons.