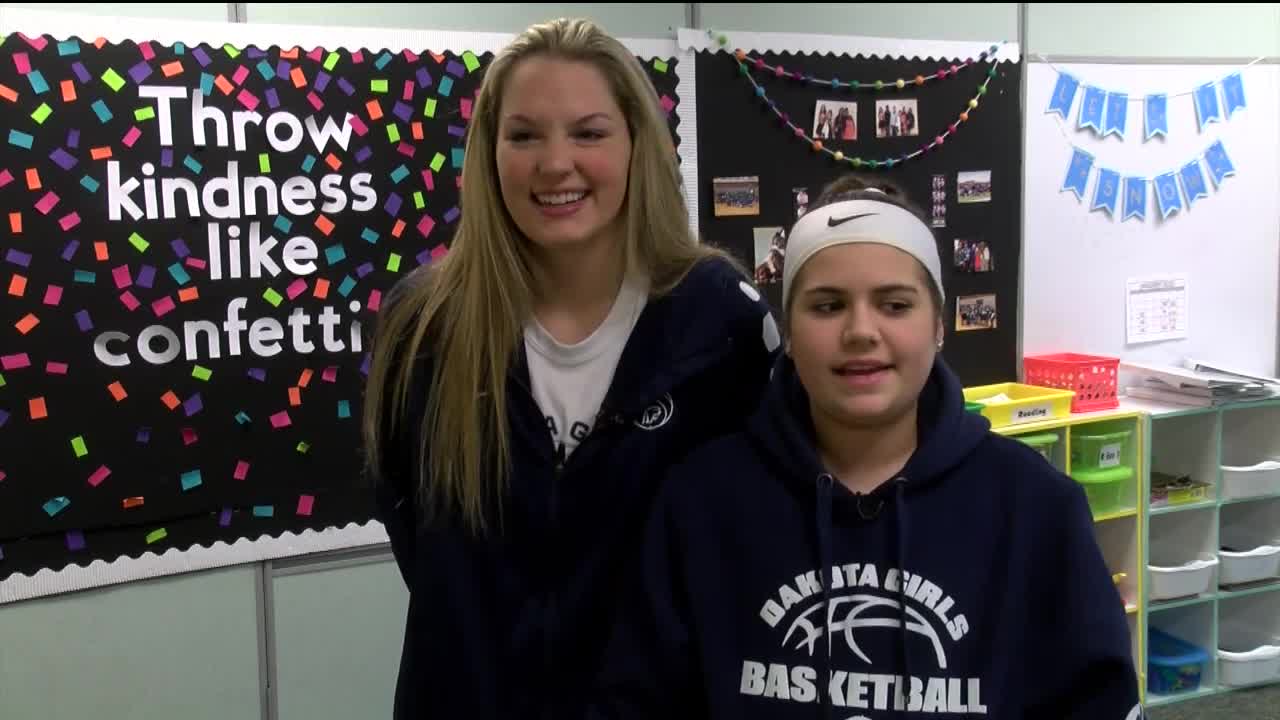 The Ms. Basketball candidate has the Dakota girls team pushing towards a state tournament run.

You get a better straight answer when you ask Teagan Mallory what’s the best part of her game.

Teagan Malloy and Cameron Grant are basically sisters. The two bonded during a summer camp, where the Dakota high school girls basketball star was idolized by her younger pupils. Their bond began immediately.

“She’s really cool to hang out with,” Teagan said.

“First when I saw Teagan, she told me how she plays with the boys, she’s out there with all of her neighbors and battles with the boys, she’s the only girl and I remember that’s what I did, and it was kind of cool to see that because it was an instant connection” Dakota senior Cameron Grant added.

But the smiles faded briefly this summer, as Teagan began experiencing headaches after playing, which later revealed a brain tumor. Cam was one of the first to find out.

“You’re heart kind of breaks, the first thing I did is text Teagan and said ‘we’re going to kick this thing out’ and I’m just here for every step of the way and if anyone can get through it, I know Teagan can,” Grant said.

The girls approach each game with Teagan on their minds, knowing she’s an extension of the team. Teagan’s spirit and smile are infectious, and I have a feeling this isn’t the last we’ll hear of her.

“I can’t wait to get back, and it’s going to be crazy,” Teagan said.