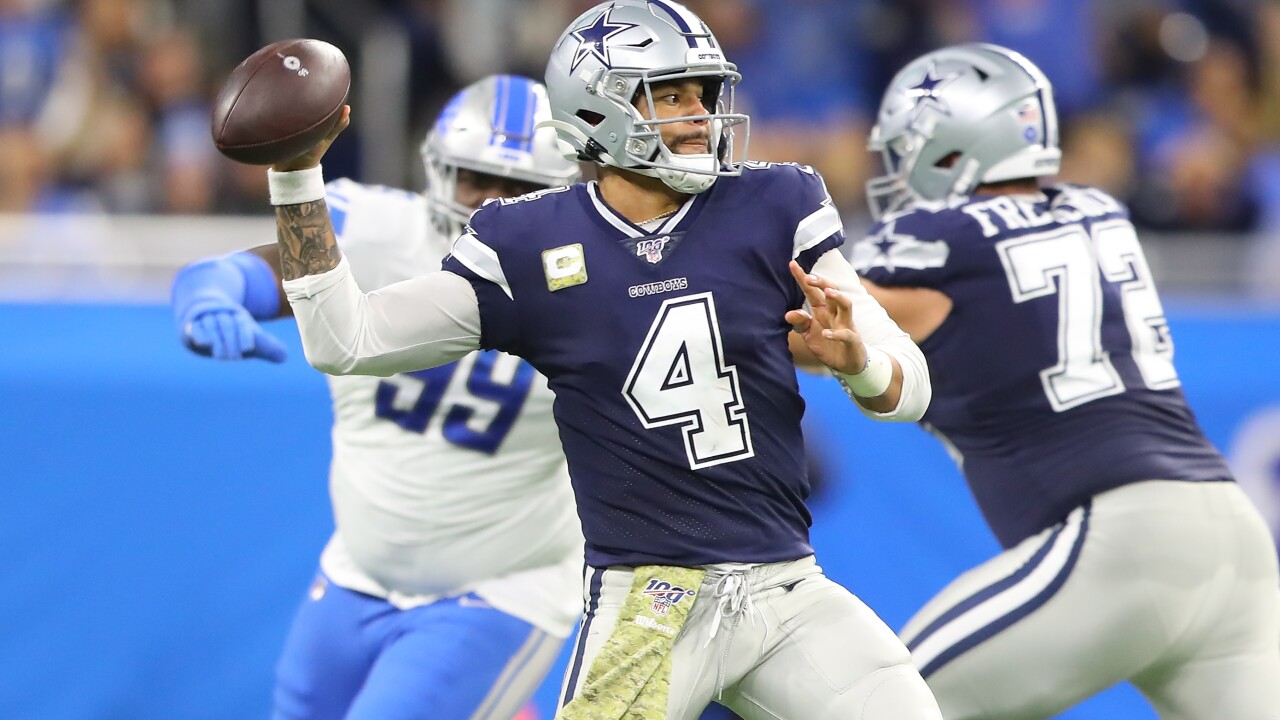 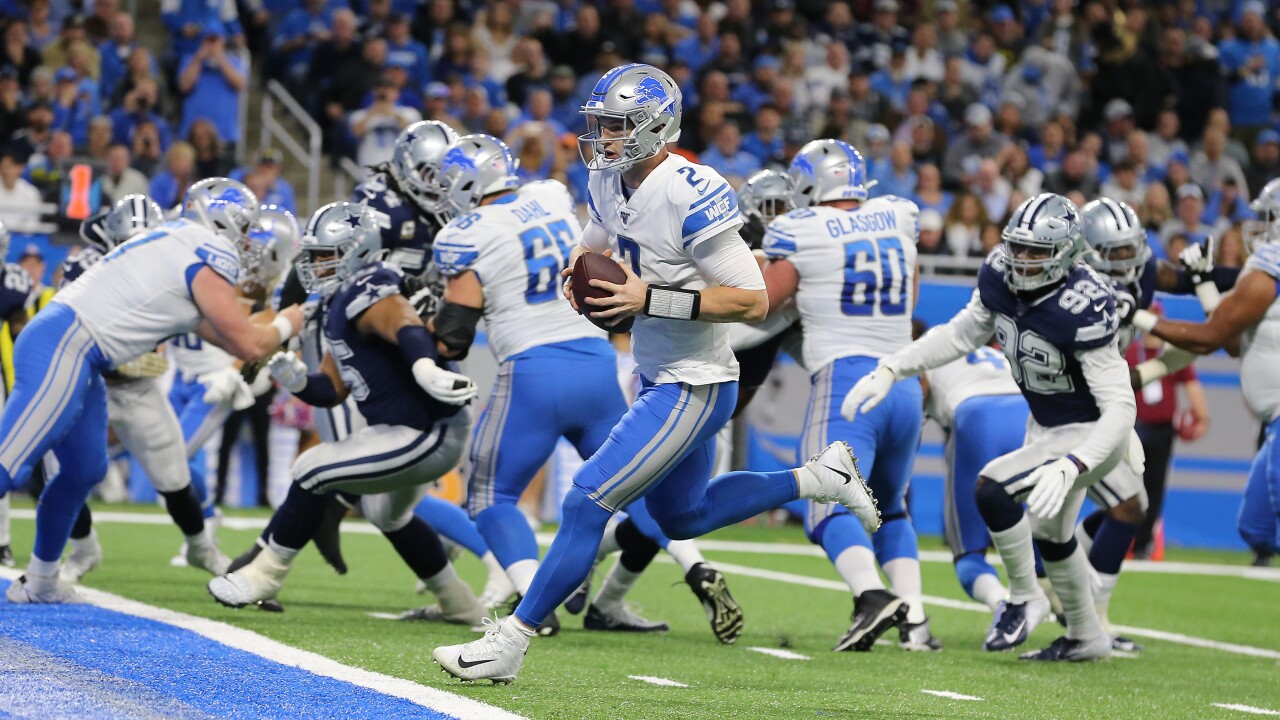 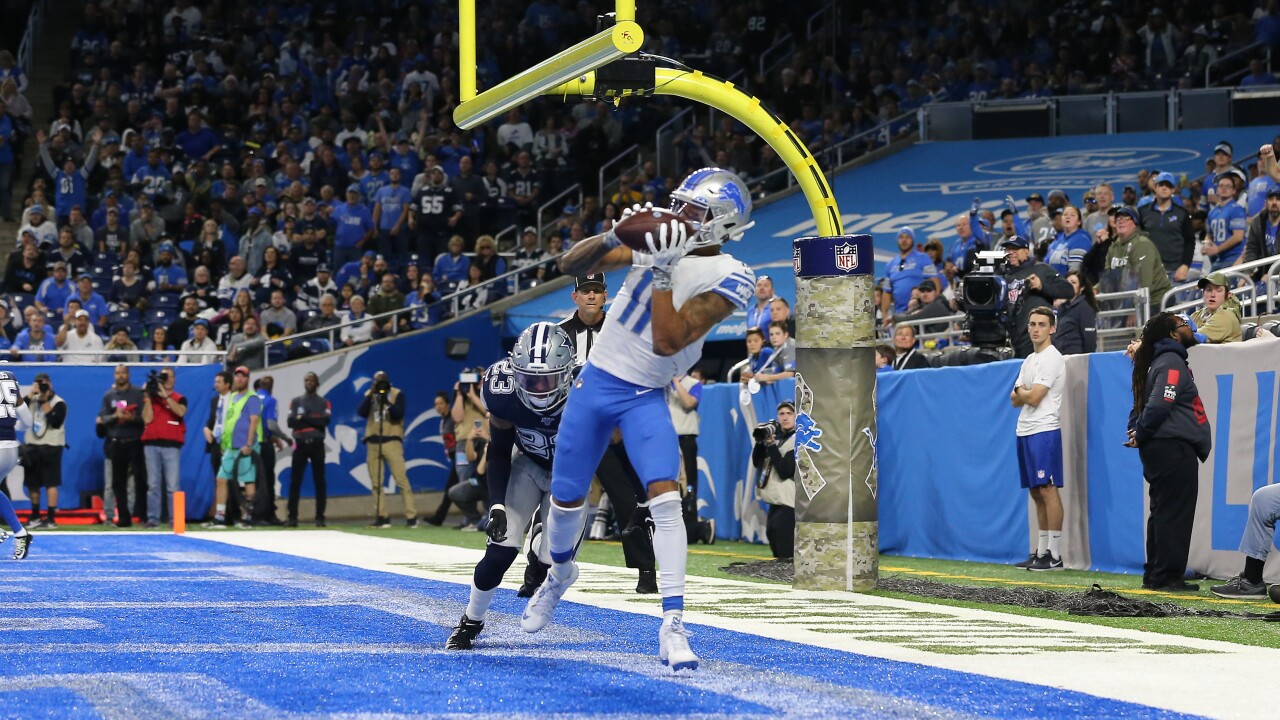 DETROIT (AP) -- Dak Prescott threw for 444 yards and three touchdowns, lifting the Dallas Cowboys to a 35-27 win over the Detroit Lions on Sunday.

The Cowboys (6-4) have won three of four games, leaning on the league's top offense.

Dallas has had balance with the ball, but Prescott was passing with such ease that it wasn't necessary to try to move the ball much on the ground in the Motor City.

The Lions (3-6-1) were without Matthew Stafford for a second straight game and have lost six of seven.

Stafford's backup, Jeff Driskel, played well enough to give his team a shot to compete. He threw a 25-yard yard TD pass to Marvin Jones with 5:49 left to pull Detroit within eight points.

The Lions forced Dallas to punt on the ensuing drive, but they punted it back while facing a fourth-and-26 from midfield.

From the Cowboys 13 on second down, Prescott sealed the victory with a 23-yard pass to Blake Jarwin.

That wasn't enough to keep up with Prescott, who completed 29 of 46 passes.

The two-time Pro Bowler threw a 21-yard TD pass to Tony Pollard early in the second quarter and a 19-yard pass to Randall Cobb with 27 seconds left in the quarter, giving him a career-high 274 yards passing in a first half.

Prescott threw a pass slightly wide to Ezekiel Elliott midway through the fourth quarter and the running back made the catch, kept his balance and scored from 17 yards out.

Michael Gallup had nine catches for 148 yards, and Cobb made four receptions for 115 yards.

As usual, Dallas did not get off to a good start.

The Cowboys gave up the first score for the seventh time in 10 games this season, and the latest player to strike first was a familiar face.

Bo Scarbrough, drafted by Dallas last year, ran for a 5-yard TD a day after being promoted to the active roster from Detroit's practice squad. Scarbrough finished with 14 carries for 55 yards.

Cowboys: RT La'el Collins left the game with a knee injury in the fourth quarter.

Cowboys: At New England next Sunday.

Lions: At Washington next Sunday.