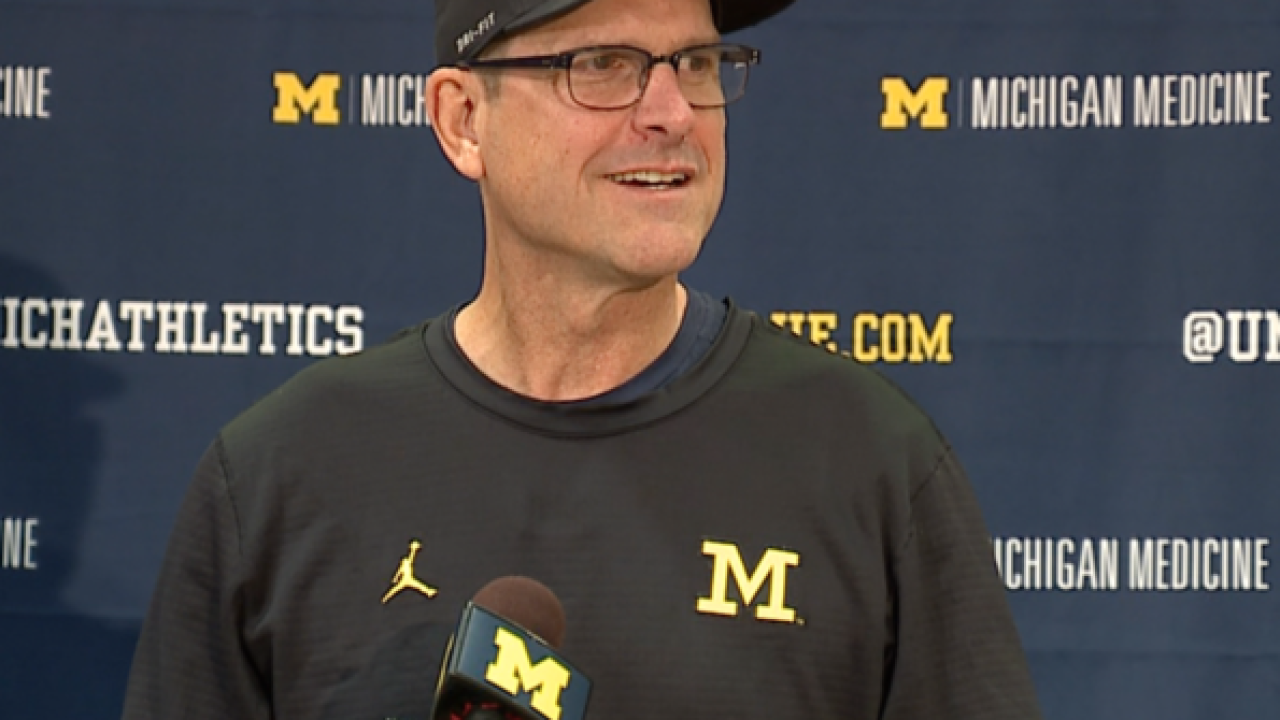 ANN ARBOR, Mich. (AP) -- Michigan coach Jim Harbaugh says he doesn't expect any of his players to be suspended for selling shoes.

Harbaugh told reporters Monday night all team issued-shoes of current players have been accounted for by the school.

Harbaugh says many former players and some former assistant coaches had access to the shoes that have been sold on the secondary market.

Michigan requires its athletes to sign and return forms acknowledging that any sale of team shoes or apparel will jeopardize their eligibility. Michigan's equipment staff writes names and numbers on shoes given to athletes, who don't get shoe boxes.