Weather will be a factor in the MSU vs. Michigan football game 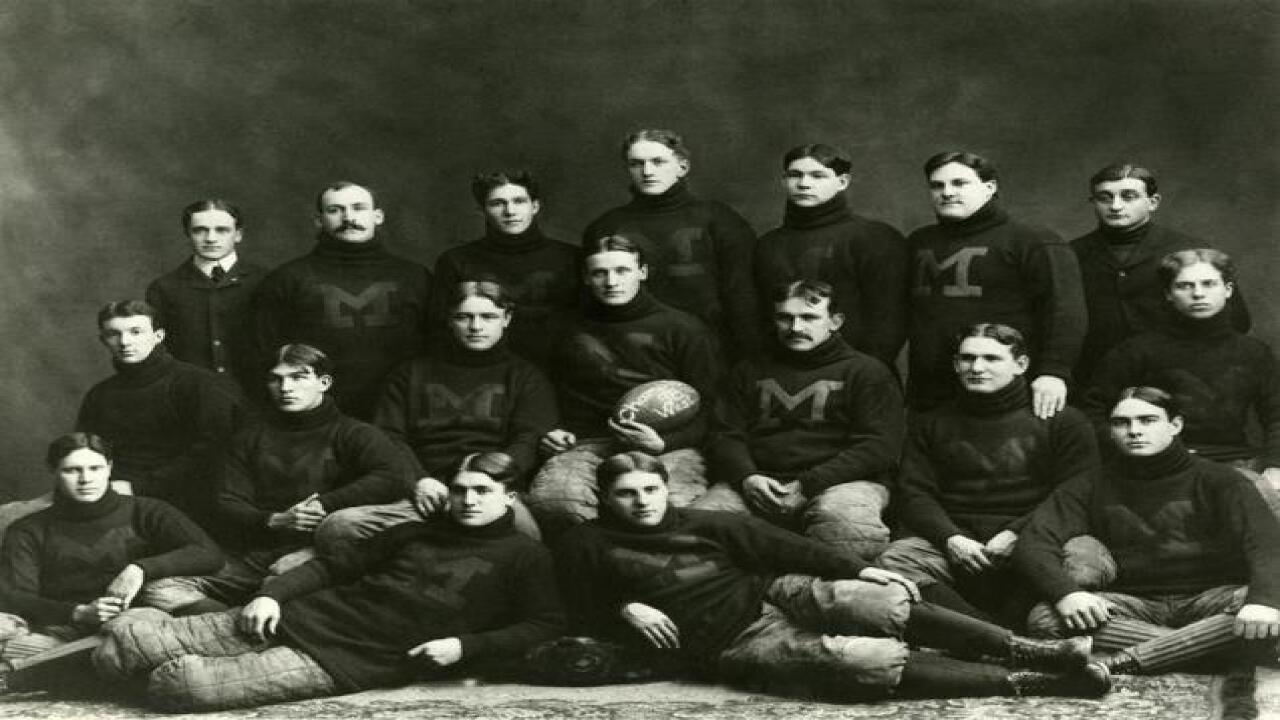 Copyright 2017 Scripps Media, Inc. All rights reserved. This material may not be published, broadcast, rewritten, or redistributed.
Courtesy of Bentley Historical Library, University of Michigan

After 109 years of daylight rivalry football, Michigan State and Michigan will deal with whatever Mother Nature serves up at night on Saturday, and it looks like what she dishes up could have a huge impact on players and fans.

Looking at the weather history of this rivalry, one of the biggest impacts on the weather for this one is the time of year it's played. For about 10 years after the end of WWII, the date for the Michigan vs Michigan State game moved around the calendar a lot. They played as early as September 24 in 1949 and as late as November 14 in 1953. Average high temperatures at both schools vary from the low 70s in late September to only the upper 40s by mid November, but since they played in the afternoons, it was usually at the warmest time of day. I couldn't turn up any record of snow impacting the games of this rivalry.

But since 1955, the game has always been in October or very early November, a time when the leaves are turning along the banks of the Red Cedar and the Huron rivers, and the air is cooling but usually not too cold. Thunderstorms are fairly rare in this time frame, but rain showers and wind are not. Expect both on Saturday.

The long-term average high in Ann Arbor and East Lansing for Saturday's  date is 64 degrees and the average low is 44. But the average temperature during the game time hours (kickoff is at 7:30 on Channel 7) cools into the upper 50s. Though the specifics of the forecast are likely to change, it is going to be warmer than that. We'll probably be in the low 70s during the contest, even warmer for tailgating. But be prepared for rain during the game.

Winds will also be brisk from the southwest, as we'll be on the warm side of an approaching front. We could easily gust to 35 mph during the afternoon, so tailgaters better anchor food and drink with something heavy or it'll end up down the street in a big mess.

The rain showers most likely will hold off until sometime during the game, but the wind will only slowly drop off as the night progresses. That should keep the passing and kicking games on their toes until the rain arrives, which could then make rushing the ball more likely if it comes down hard. You can get the very latest detailed Game Day forecast here.

By the way, I've included a picture of the Michigan football team that started this rivalry in 1898 (Michigan State could not provide a picture of their team from 1898 for this post). Michigan beat Michigan Agricultural (MSU) 39-0 that year, part of a powerhouse Michigan record when they outscored their opponents 202-26 during the season.

I don't expect a lopsided score this Saturday, but do plan on the weather changing almost as often as the score on Saturday in Ann Arbor. Go Mother Nature!