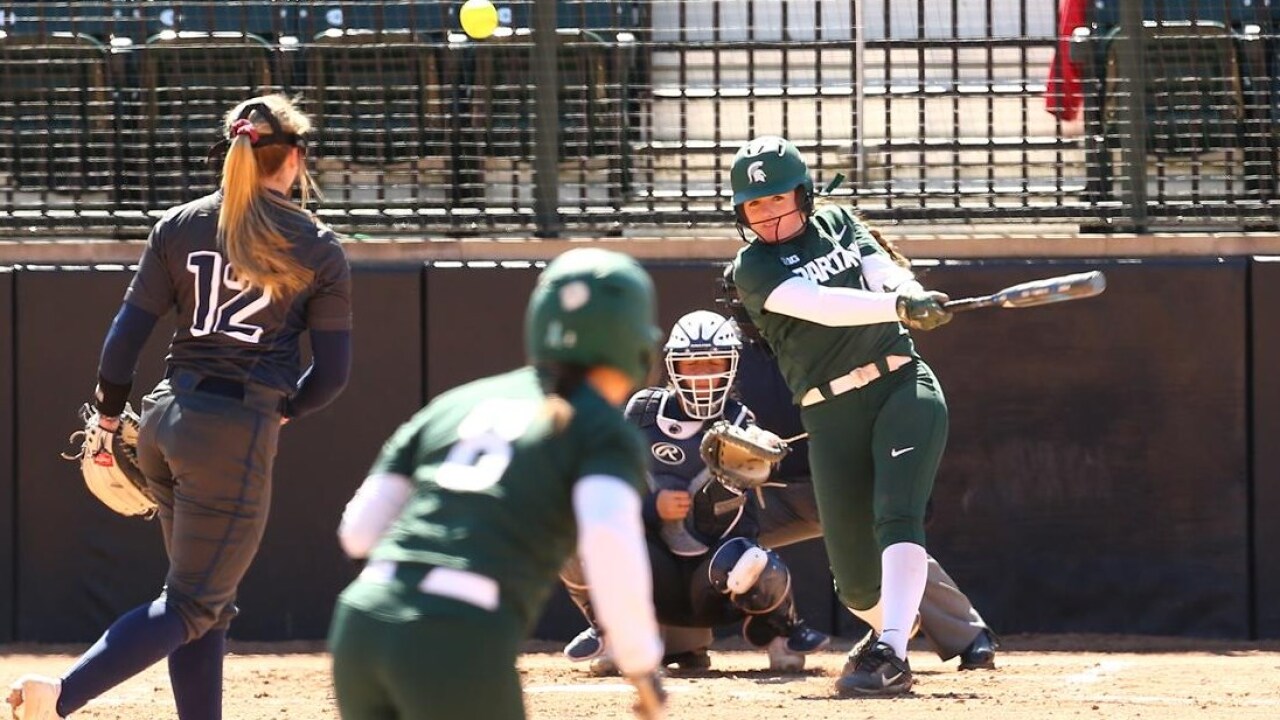 The Spartan homer parade featured four players – Charla Echols had two, Melanie Baccay hit a two-run shot, Kaitlyn Eveland had a three-run homer, and Laney Joyner added a pinch hit grand slam in the top of the sixth. It helped extend MSU’s winning streak to three games and improved the Spartans to 15-22. CMU falls to 16-19-1 on the season.

Charla Echols added a double to her two homers, recording three RBI. Kaitlyn Eveland was 2-for-4 with four RBI, and Ebonee Echols was 2-for-4 with a double. MSU had 12 base hits and drew eight walks on the day.

Leah Shipp pitched 4.1 strong relief innings to earn the win, including getting out of a bases-loaded jam in the bottom of the fourth when the Chippewas were threatening to pull within a run as MSU held a 7-3 lead. She scattered four hits, walking just one.

Rachel Viera was 3-for-3 for CMU with a run scored, while both Shaidan Knapp (triple) and Erika Underwood had two base hits. Samantha Howell took the loss in relief, allowing six MSU runs in 1.2 innings pitched.

The Spartans return to action this weekend when they head to No. 19/12 Minnesota for a three-game Big Ten series.

“Our bats really got going last weekend in the Maryland series, and it was really nice to see that continue today in a non-conference game. It was a nice outing for Leah Shipp too – it was her longest outing since her first game of the season. We need to maintain a level of consistency – and we will certainly be challenged this weekend when we head to Minnesota to face a very, very good team.”