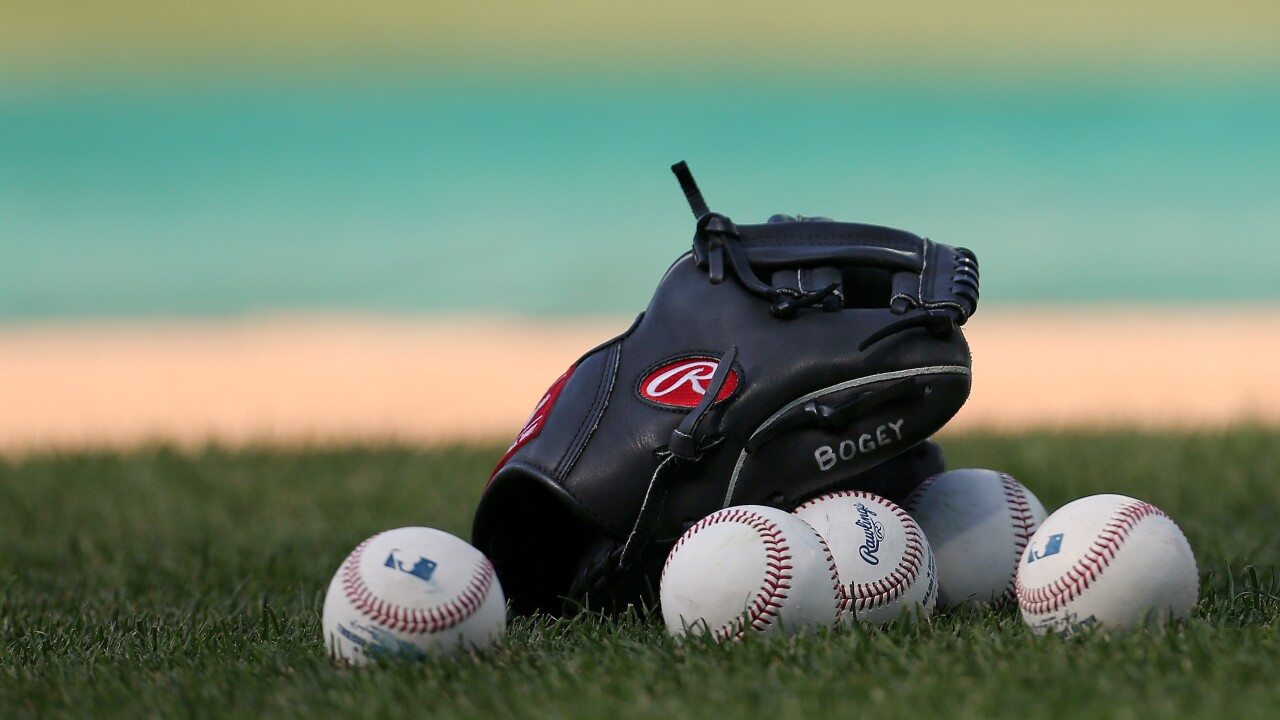 All of the awards were voted on by the players with the exception of the Offensive Player of the Year award, which is based on various statistical data over the course of the season.

Bechina, a Chicago, Ill., native, led MSU with 17 doubles, ranking fourth in the B1G. With a .260 average, Bechina was fourth on the team in average, adding five home runs to rank second on the team, including a three-run blast over the scoreboard to boost MSU to the 5-2 win over No. 23 Illinois on May 17. Along with leading the team in runs scored with 25 and total bases with 83, Bechina also ended with a .423 slugging percentage and a .342 on-base percentage. Bechina was also second on the team and tied for seventh in the B1G with 13 stolen bases. He also tied for third in the B1G in sacrifice flies with five.

In the field, Bechina was sixth in the B1G in assists with 124, as well as 16th in the B1G with 25 fielding double plays, teaming with keystone corner mate senior infielder Royce Ando for three of the four Spartan season-high four twin-killings vs. Illinois on May 17, tying the most in a game in the league this season. In B1G only action, Bechina was tied for 10th with 54 assists.

Bechina was tabbed as MSU’s Big Ten Sportsmanship Award winner earlier in the week, the second Big Ten award of his career, as he was named to the All-Freshman team in 2016.

Tyranski, a native of Birmingham, Mich., led MSU and ranked sixth in the B1G with 89 strikeouts overall in 78.0 IP total. The 89 strikeouts is tied for eighth on MSU’s single-season strikeouts list, matching Ron Perranoski (1958).

In B1G only action, Tyranski was third in both strikeouts (61) and innings pitched (53.2), along with tied for fifth in conference wins (4). Tyranski was also fourth in the B1G with a 4.94 strikeout-to-walk ratio and eighth in the league with 10.27 strikeouts per nine innings.

In his final outing of the season, Tyranski threw a complete game with seven strikeouts in leading MSU to a 5-2 win over No. 23 Illinois on May 17. It was Tyranski’s first complete game as a Spartan, topping his previous career-high of 8.0 IP vs. Northwestern on April 27. The seven strikeouts gave Tyranski five or more Ks in all 10 of his starts, as he won his last four outings in a row.

Kelley, a Rockford, Mich., native, was MSU’s primary left fielder, making 53 starts out of the 54 games in the season, the most at any one position for the Spartans. He led MSU’s regular outfielders with a .990 fielding percentage, with 90 putouts and five assists, while committing just one error.

Offensively, Kelley led the Spartans and ranked third in the B1G with 18 stolen bases, while hitting .300, ranking second on the team. He led MSU and ranked tied for sixth in the conference with 65 hits, along with ranking fifth in at bats (217) and ranking 12th in total plate appearances (235). Kelley was also tied for ninth in the league with five sacrifice bunts.

Mayes, a native of Wichita, Kan., hit .238 for the season with 10 RBI. He led the Spartans in slugging percentage with a .508 mark, and was third on the team with four home runs. Three of Mayes’ four round-trippers came in the last half of the season, as well as eight of his 10 RBI. Mayes played in 30 games, making 11 starts at designated hitter and five in right field.

Chmielewski, a Shelby Township, Mich., native, was a three-time Google Cloud Academic First-Team All-District® Baseball Team honoree as selected by College Sports Information Directors of America (CoSIDA), and is on the national ballot for All-America honors. He was also recently named the Michigan State recipient of the Big Ten Post-Graduate Scholarship, awarded to one male and one female student-athlete from each of the 14 Big Ten institutions who plan to continue their education at a graduate degree program, and were each awarded a $7,500 scholarship, based on primarily academic achievements.

Chmielewski graduated earlier this spring with a 3.986 cumulative GPA in earning a psychology degree, and will be starting at MSU Medical School this summer.

On the diamond, Chmielewski played in 52 games, making 50 starts, with 35 in center, 12 in right, one in left and two as DH. Chmielewski hit .210 with 10 RBI and six doubles. He led MSU and ranked tied for second in the B1G with eight sacrifice bunts. Defensively, Chmielewski posted a .982 fielding percentage with 111 putouts, one assist and just two errors.

Chmielewski also swiped five stolen bases this season, giving him 27 for his career, ranking in the top 15 of MSU’s career stolen base list.

Sleeman is a native of Alto, Mich., and was versatile on the mound for the Spartans, relieving and starting games throughout the season. He made 23 total appearances with nine starts. Three times during the season Sleeman made a relief appearance in a midweek game or in the first game of a weekend series, only to come back and start the series finale. Sleeman rang up 55 strikeouts in 56.0 IP, with two wins and one save, earning his first career save in MSU’s season-opener at New Orleans on Feb. 15.

The Green & White finished the season winning three of its last four B1G series, including two on the road. The Spartans also had three wins over Top 25 teams down the stretch, with a pair of wins at No. 24 Iowa on May 11 and 12, and a win over No. 23 Illinois on May 17. MSU celebrated not only its 135th year of baseball in 2019, including honoring the 65th anniversary of the 1954 College World Series team and also the 40th anniversary of the 1979 Big Ten Champion and NCAA Regional team, but also its first with lights at McLane Stadium at Kobs Field, going 7-2 at home under the lights.