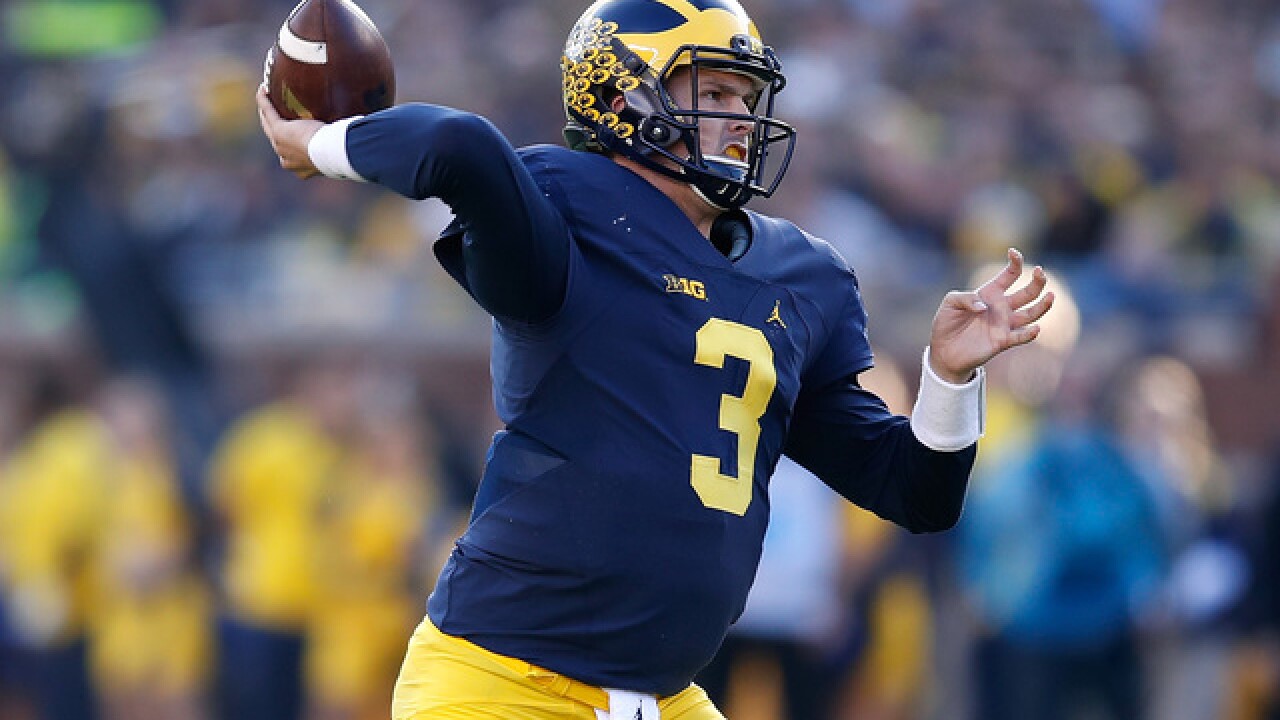 Wilton Speight is leaving Michigan as a graduate transfer.

The senior quarterback announced Sunday on Instagram he will take time to figure out where he will continue his career and education.

Speight thanked former coach Brady Hoke for giving him a chance when he had no other scholarship offers. He thanked coach Jim Harbaugh for understanding his decision. Speight was out for two months this season after a hit at Purdue cracked his vertebrae.

Brandon Peters and Dylan McCaffrey will likely compete to be the Wolverines' quarterback next season.

Peters played as a redshirt freshman before having a concussion earlier this month at Wisconsin. McCaffrey, a freshman who didn't play this season, is the brother of Carolina Panthers running back Christian McCaffrey.