FOX 47 is operating at reduced power. Your signal may be effected!
SportsCollege Football 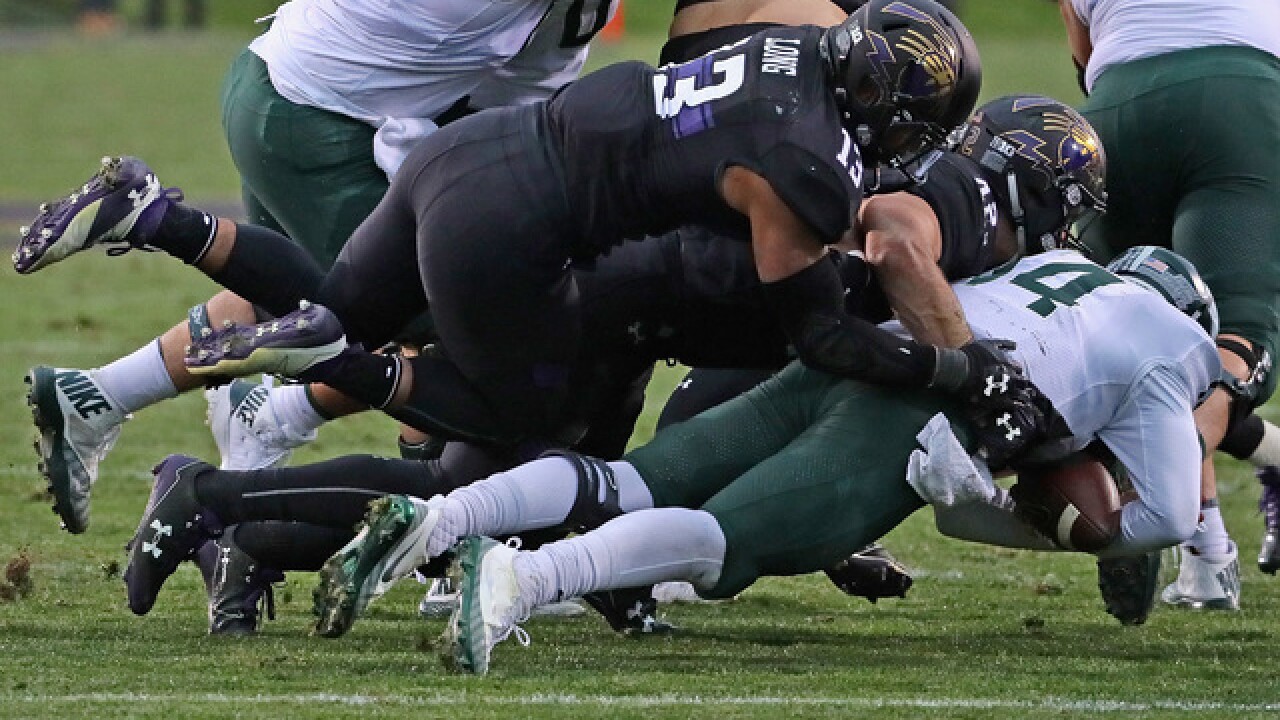 The Wildcats had a third down at the 22 when Thorson hit Nagel on a slant for the go-ahead TD.

Cameron Green caught the two-point conversion to make it an eight-point game, and two big plays by the defense preserved the victory.

Lineman Joe Gaziano stripped Brian Lewerke as he dropped back. Lewerke picked up the loose ball and fired toward the goal line, where Hall intercepted a pass intended for Matt Sokol.

That set off a wild celebration, with the sideline emptying and fans pouring out of the stands.