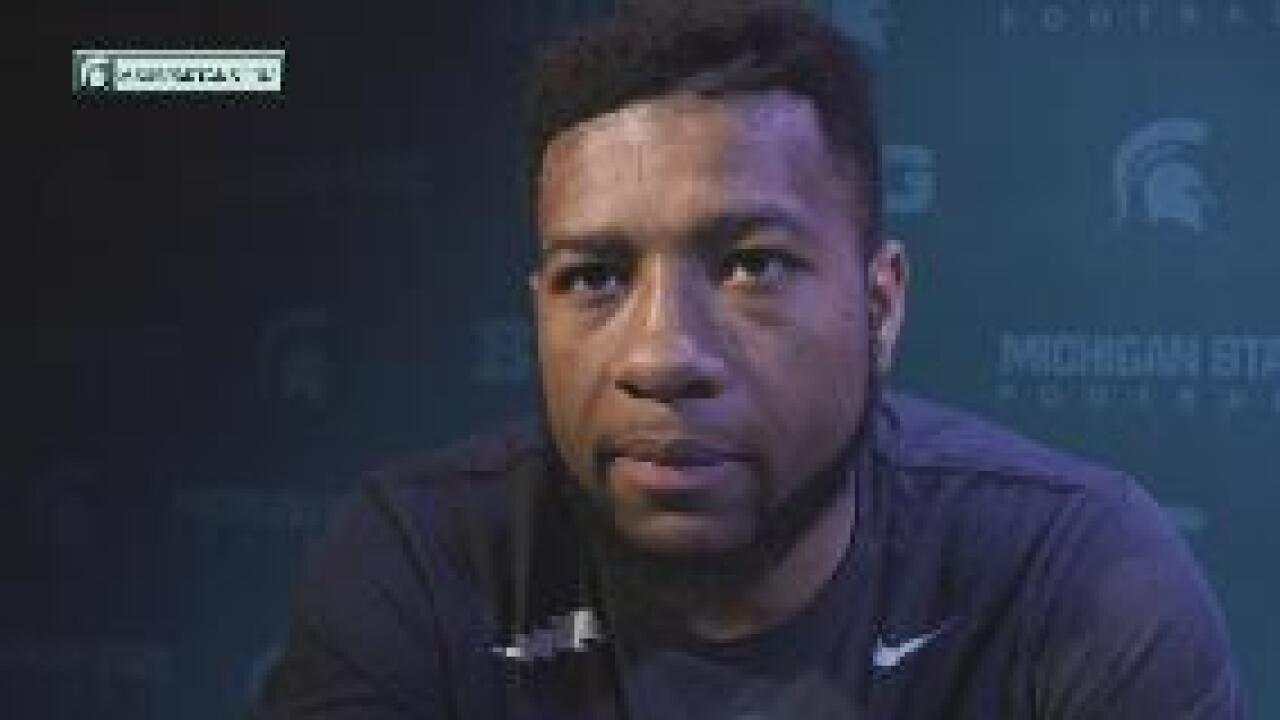 EAST LANSING, Mich. — Michigan State safety Khari Willis was selected by the Indianapolis Colts in the fourth round (No. 109 overall) of the 2019 National Football League Draft on Saturday, April 27.

“Khari really did it all for us,” said Dantonio. “He started games for us all four years and played a lot on special teams. He’s not only tough and competitive, but has a lot of football intelligence and has proven himself as a great leader. He was a point guard in high school and is extremely quick. He’s also an excellent tackler with good ball skills. Khari is everything you want as a person and as a leader on your football team.”

A native of Jackson, Michigan, Willis was a four-year letterwinner (2015-18) for the Spartans who played in 46 career games, including 30 starting assignments at safety. He ended his career with 26 straight starts at safety in 2017 and 2018 and was voted a team captain as a senior. Willis recorded 196 tackles, including 6.5 tackles for loss and four sacks, along with four interceptions and 16 pass break-ups in his career.

Willis had a career year in 2018 – both on and off the field. A second-team All-Big Ten selection by Pro Football Focus and third-team pick by the media and Athlon Sports, he recorded a career-high 84 tackles, 10 pass break-ups and two interceptions for the Spartans as a senior, including a career-high 15 stops against Ohio State. He ranked tied for seventh in the Big Ten with his 10 pass break-ups.

Willis was named the Big Ten Defensive Player of the Week after leading the Spartans with nine tackles, including seven solo stops, in MSU's 21-17 win at No. 8 Penn State on Oct. 13. He also forced a fumble on PSU quarterback Trace McSorley in the first quarter as MSU held Penn State to then-season lows in points (17) and first downs (14).

A three-time Academic All-Big Ten selection, Willis graduated with a bachelor's degree in December 2018 as an interdisciplinary studies in social science major, with an emphasis on community governance & advocacy. He was named a semifinalist for the William V. Campbell Trophy, which is awarded annually by the National Football Foundation to the nation's top scholar-athlete. The award is also widely known as the "Academic Heisman."

On Oct. 24, Willis was named one of 10 finalists for the Senior CLASS Award. To be eligible for the award, a student-athlete must be classified as an NCAA Division I FBS senior and have notable achievements in four areas of excellence: community, classroom, character and competition. An acronym for Celebrating Loyalty and Achievement for Staying in School®, the Senior CLASS Award focuses on the total student-athlete and encourages students to use their platform in athletics to make a positive impact as leaders in their communities. Former Spartan quarterback Kirk Cousins won the award in 2011.

Willis took the national stage last summer, serving as the keynote player speaker at the 2018 Big Ten Kickoff Luncheon in Chicago, and delivered an inspirational speech calling on his fellow Big Ten players to make a difference in their communities. He received a standing ovation and video of his speech went viral across social media (158,000 views on Twitter; 98,000 views on Facebook; nearly 10,000 on YouTube). He was selected a candidate for the Wuerffel Trophy, presented annually to the player who best combines exemplary community service with athletic and academic achievement, and was MSU's nominee for the Allstate/AFCA Good Works Team.

Willis was the 15th Spartan under Dantonio to participate in the Senior Bowl.

Michigan State is one of just five schools to have had at least one player chosen every year since the inception of the common NFL Draft in 1967. In addition, at least one Spartan has been selected in the NFL Draft since 1941, the third-longest streak in the FBS (79 straight).