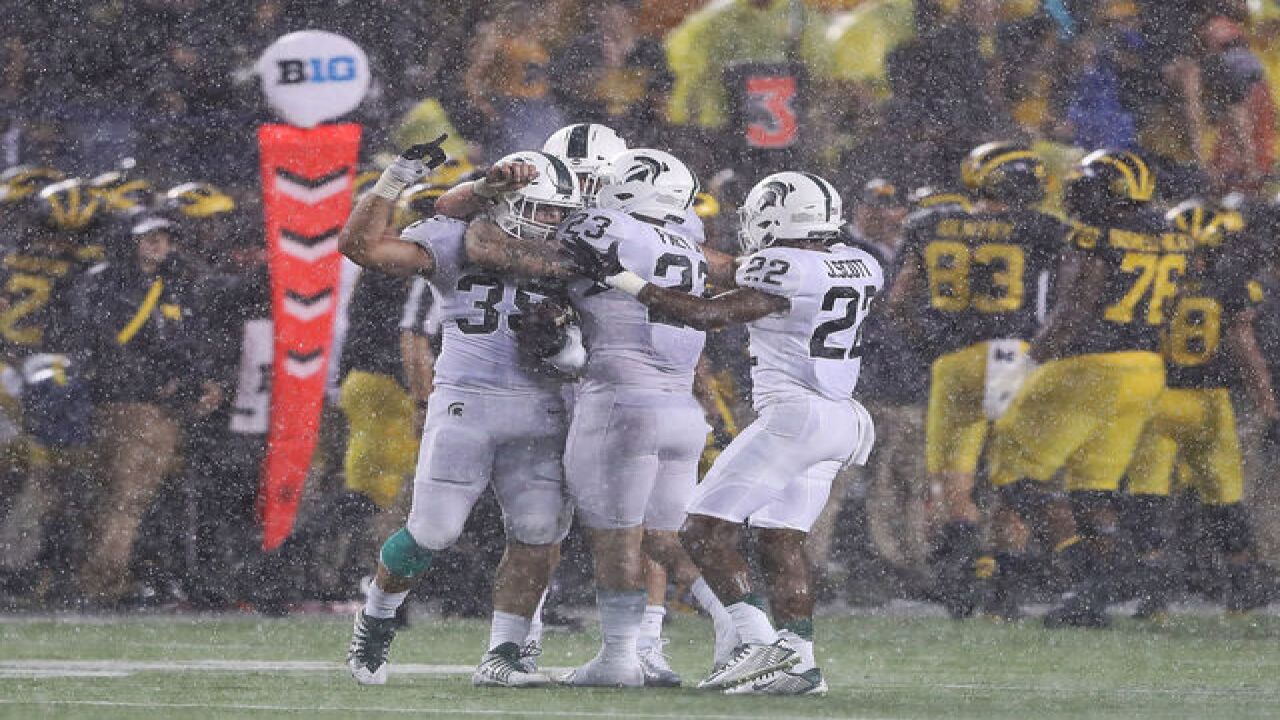 Image copyright 2017 Getty Images. All rights reserved. This material may not be published, broadcast, rewritten, or redistributed.
Leon Halip
<p>ANN ARBOR, MI - OCTOBER 07: Joe Bachie #35 of the Michigan State Spartans celebrates with his team after intercepting the ball during the third quarter of the game against the Michigan Wolverines at Michigan Stadium on October 7, 2017 in Ann Arbor, Michigan. Michigan State defeated Michigan 14-10. (Photo by Leon Halip/Getty Images)</p>

Michigan State linebacker Joe Bachie has been named the Big Ten's Defensive Player of the Week for his performance in the Spartans' 14-10 win over Michigan on Saturday.

Bachie recorded 10 tackles, six of which were solo tackles during the team's win. He also had an 11-yard sack, his first career interception, a forced fumble and pass break-up.

The forced bumble in the first quarter led to the Spartans scoring their first touchdown of the game.

This is Bachie's first honor for defensive player of the week and the first for the Spartans since Jon Reschke on Nov. 23, 2015.