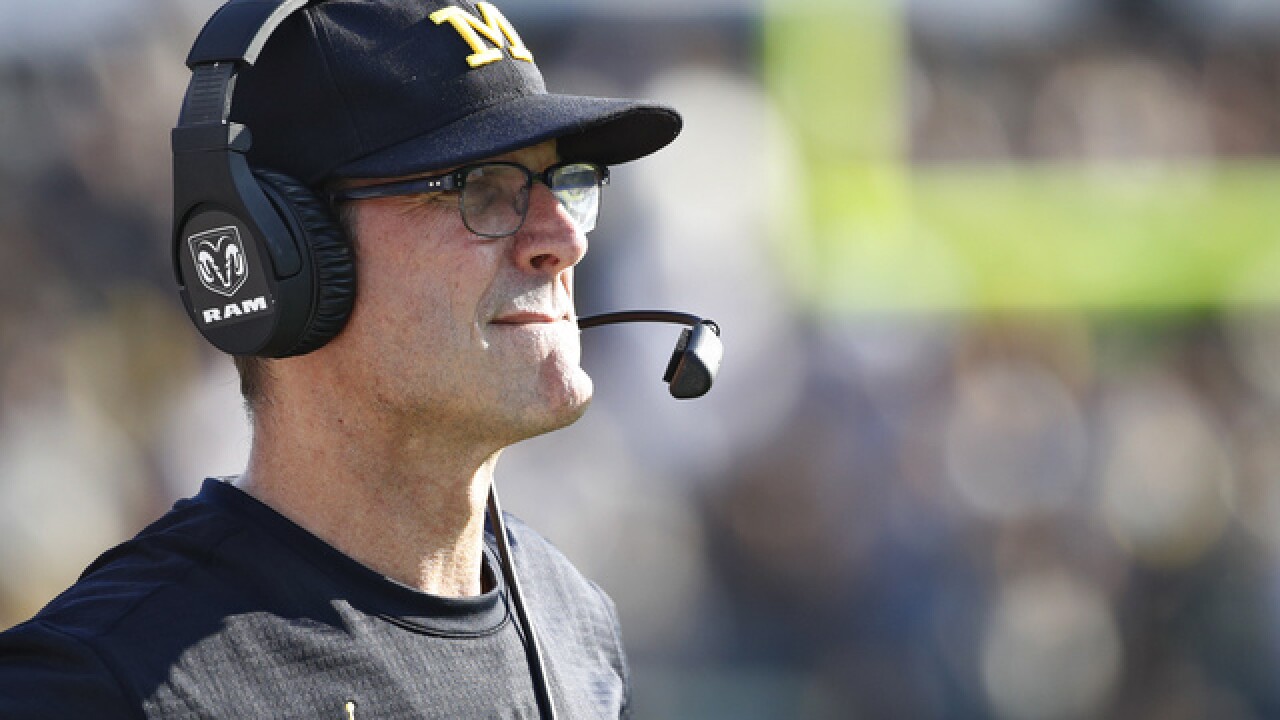 Copyright Getty Images
Joe Robbins
<p>WEST LAFAYETTE, IN - SEPTEMBER 23: Head coach Jim Harbaugh of the Michigan Wolverines looks on against the Purdue Boilermakers in the second quarter of a game at Ross-Ade Stadium on September 23, 2017 in West Lafayette, Indiana. Michigan won 28-10. (Photo by Joe Robbins/Getty Images)</p>

The Wolverines (7-2, 4-2 Big Ten) have won two straight with a heavy dose of the run after losing two of three games in part because they couldn't pass well.

Higdon scored on a 77-yard run on the ensuing drive and his 5-yard TD run padded the lead in the third quarter.

The Gophers scored with 1:51 left, choosing to kick a field goal from the Michigan 5 instead of going for a fourth-and-4.

Minnesota: The Gophers are clearly rebuilding under first-year coach P.J. Fleck. The former Western Michigancoach wisely refused to build up the opportunity to upset the Wolverines because he is going to be given time to turn around the program.

Michigan: Brandon Peters was solid in his first start, handing the ball off much more than he was asked to throw. He was 8 of 13 for 56 yards with a 20-yard TD pass to Sean McKeon on his first possession.

The game started about an hour later than scheduled because of lightning strikes in the area and it ended as the clock approached midnight.