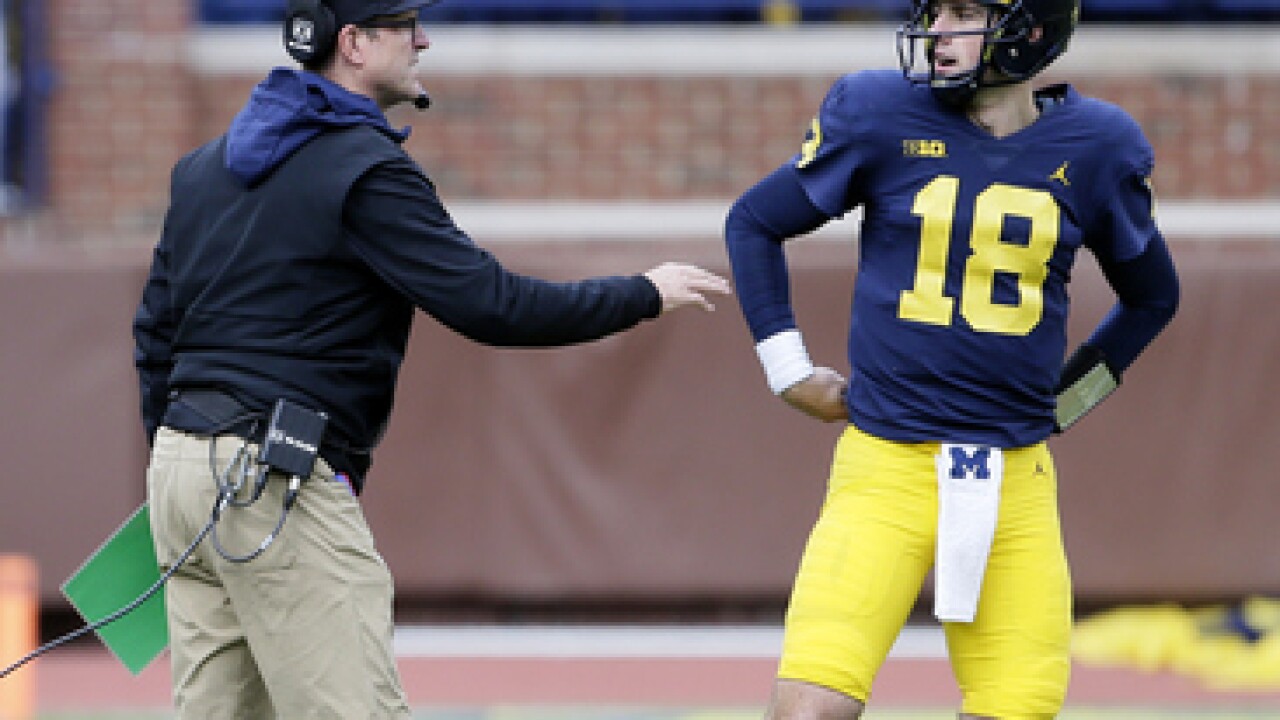 Harbaugh seemed to say Peters had already earned the start when he led the Wolverines to a 35-14 win over Rutgers. Two days later, Harbaugh refused to name a starter under center at his weekly news conference.

Peters replaced fifth-year senior John O'Korn against the Scarlet Knights and made the most of the chance to play. Peters was 10 of 14, completing passes to nine teammates, for 128 yards and a touchdown in his first extended opportunity to play.