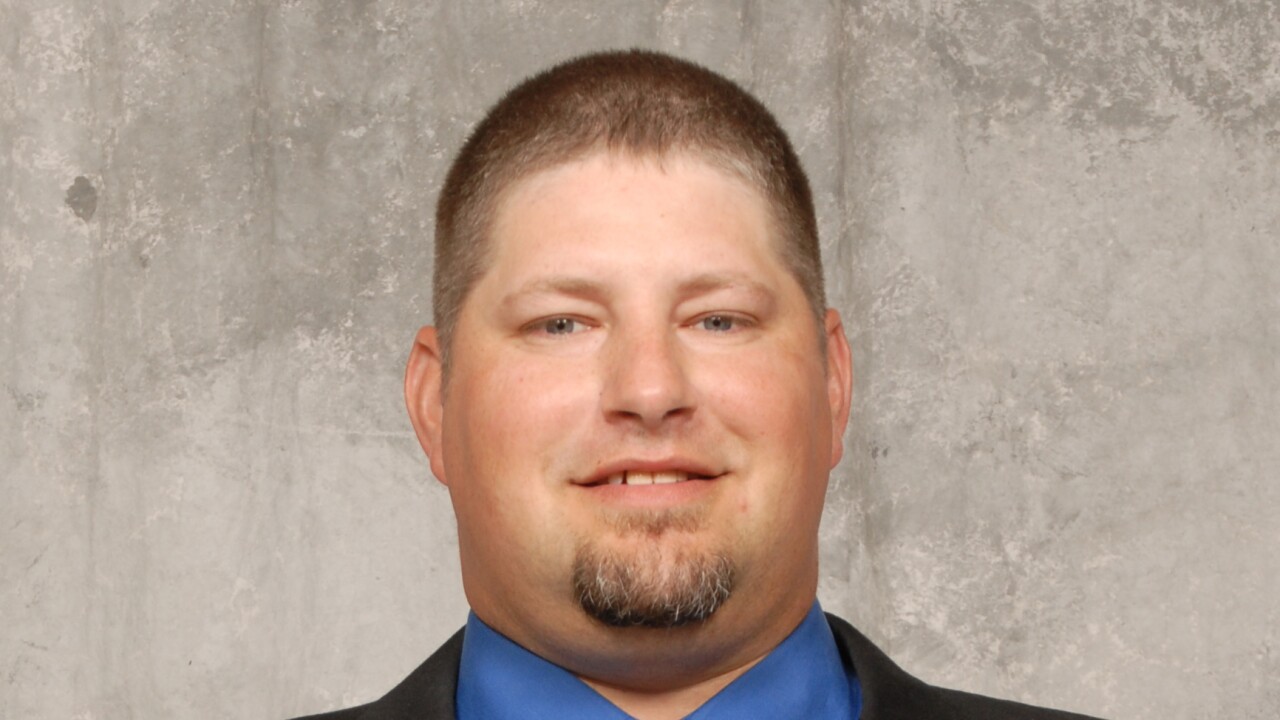 LIVONIA, Mich. — Program builder. That’s one of the many terms you can use to describe the man who has been selected to lead the first football program in the 31-year history of Madonna University athletics. This morning (Jan. 2), Madonna University athletic director Scott Kennell announced that Tiffin, Ohio native Brian Foos (foose - like foosball) has agreed to become the first head coach of Crusader football.

“I am very excited about coming to Madonna and the Livonia community,” said Foos. “The values of Madonna University fall right in line with mine. I would like to thank Dr. Grandillo and Mr. Kennell for the opportunity and trust to start this program the right way. I look forward to meeting and recruiting many talented student athletes that will build the first team for the Crusaders”

A successful assistant across three different levels the past 16 years, Foos brings a wealth of collegiate coaching experience to the Crusaders. He has two conference championships, four playoff appearances and 67 Academic All-Conference players on his resume and is no stranger to start up programs. Foos helped establish football programs at a pair of NAIA institutions in Lindsey Wilson College and Ohio Dominican University.

“We are excited to add a talented football coach with the immense experience that Brian has,” said Kennell. “Brian’s experience in the NAIA and with starting a pair of programs that were successful in a short period of time are obviously pluses on his resume, but everyone we talked to raved about him as a person. He fits the Madonna model of putting the student before athlete and values the Franciscan principles that we stand for here at Madonna. We are excited to have in on board and expect great things.”

“We are thrilled to have Brian join the Madonna family,” said Madonna University president Michael Grandillo, Ph.D. “We had over 100 applicants for the position but he stood out immediately as a program builder, solid coach and someone who shares the values and mission of Madonna. His experience with startup programs and his Catholic faith make him the perfect fit to start our program.”

He comes to Madonna after spending the past two seasons as the Assistant Head Coach and Offensive Coordinator at NCAA Division III Baldwin Wallace. Under Foos’ direction, the Yellow Jackets offense posted 456.6 yards per game, 277.9 passing and 178.7 yards rushing. The team averaged 38.8 points per contest with 26 passing touchdowns and 26 rushing touchdowns. The points, yards and passing yards per game were the most in a season since 2011. The team finished 8-2, the first 8-win season since 2011, QB Jake Hudson set the single season record for passing yardage (2,640) and total offensive yards gained (3,101) and was one of four All-Ohio Athletic Conference selections. Foos also had six Academic All-Conference selections last season.

Prior to his time at BW, Foos was the Assistant Head coach, Offensive Coordinator and Recruiting Coordinator for Lindsey Wilson College which began play in 2010. Foos was the first assistant hired on staff and helped the Blue Raiders to three NAIA Football Championship Series appearances, four NAIA Top 20 finishes and a Mid-South Conference Championship in 2014. He coaches 58 offensive Academic All-Conference student-athletes, 36 Offensive All-Conference honorees and the 2013 and 2014 MSC East Division Offensive Player of the Year.

From 2004-09 he helped build the program at ODU where he held titles as the tight end coach, quarterback coach, academic coordinator, offensive coordinator and recruiting coordinator. He helped the program to a 12-1 record and the Mid-States Football Association championship in the program’s fourth season, 2007. The team went 26-7 from 2006-08 and produced a pair of All-Americans at quarterback and tight end. Foos also monitored the academic progress of the team, oversaw the recruiting and evaluation process in the transition to NCAA Division II and coordinated fundraising efforts that brought in over $16,000 in one year.

Foos is a graduate of Otterbein University where he was a four-year starter and letter winner on the offensive line. He started 39 of the 40 games he played in as a Cardinal and was involved in recruiting efforts while on the team.

A 2003 graduate of Otterbein, Foos earned his MBA from Ohio Dominican in 2007. Brian and his wife Sara and daughter Leah (4) are excited to join the Livonia community and launch the Crusaders’ football program.

You are invited to join us for a Meet and Greet with Brian and his family on Tuesday, Jan. 29 from 4:30-6 p.m. in the Sr. M. Danatha Suchyta
Gathering Center located inside the Franciscan Center. More information on the event and how to RSVP will be available soon.

Student-athletes interested in playing football at Madonna are encouraged to fill out a recruiting form here [mucrusaders.com]. If you’d like to learn more about Madonna, tour campus and meet with Coach Foos, sign up for the Football Prospect Days Jan. 21 and Feb. 18 by clicking here