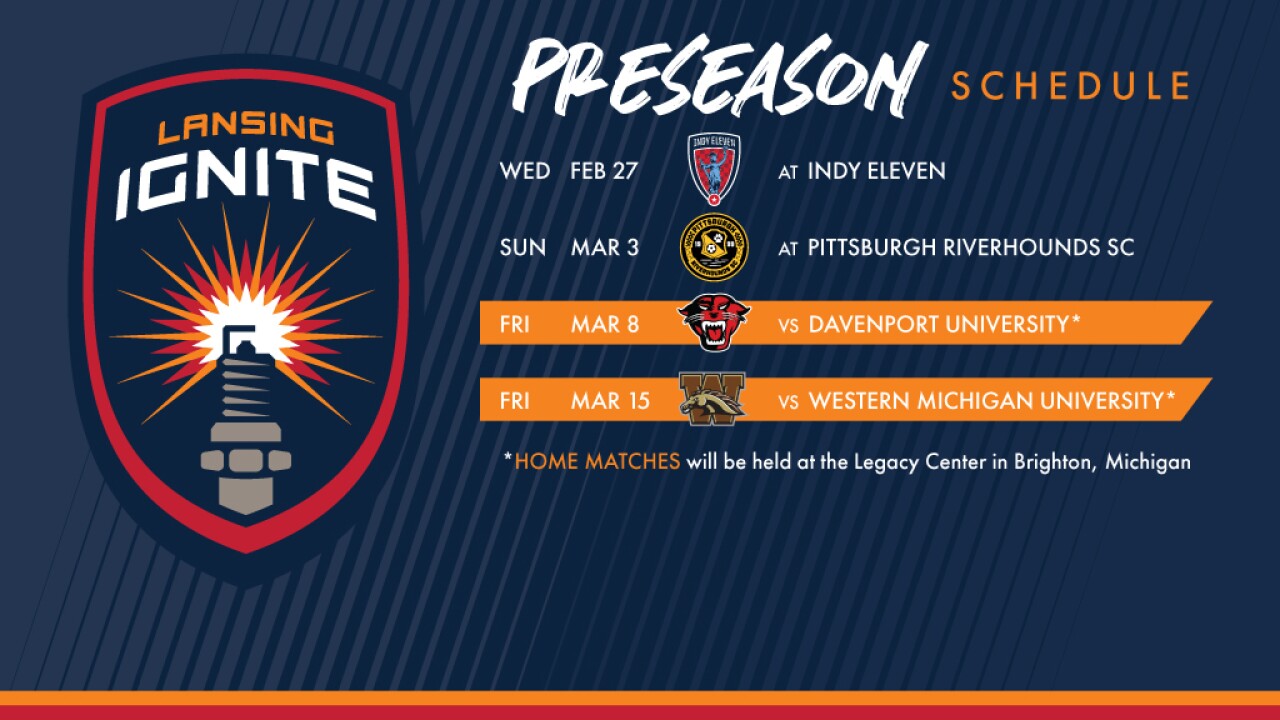 Ignite FC will begin its preseason schedule with an indoor matchup against Indy at 2 p.m. ET from the Grand Park Sports Campus in Westfield, Indiana, on Feb. 27. The match is free to attend, and free parking is available. LIFC will then travel to Pittsburgh to play Riverhounds SC at 12 p.m. ET from Highmark Stadium on March 3. The second match is also free to attend.

“The preseason schedule we have will enable us to test the squad during our intensive training period,” LIFC Head Coach Nate Miller said. “We want to test ourselves against some of the top clubs in the USL, as well as get a good grasp of the depth of our team throughout the preseason.”

All LIFC players are set to report to Lansing for preseason training in mid-February. Lansing will start its League One campaign on the road against the Richmond Kickers on March 30, while LIFC’s home opener against the Kickers is scheduled for 7 p.m. ET on April 13 (BUY TICKETS [lansingignite.com]). For more information on Ignite FC, visit www.lansingignite.com [lansingignite.com] or follow the team on Twitter, Facebook and Instagram [instagram.com].