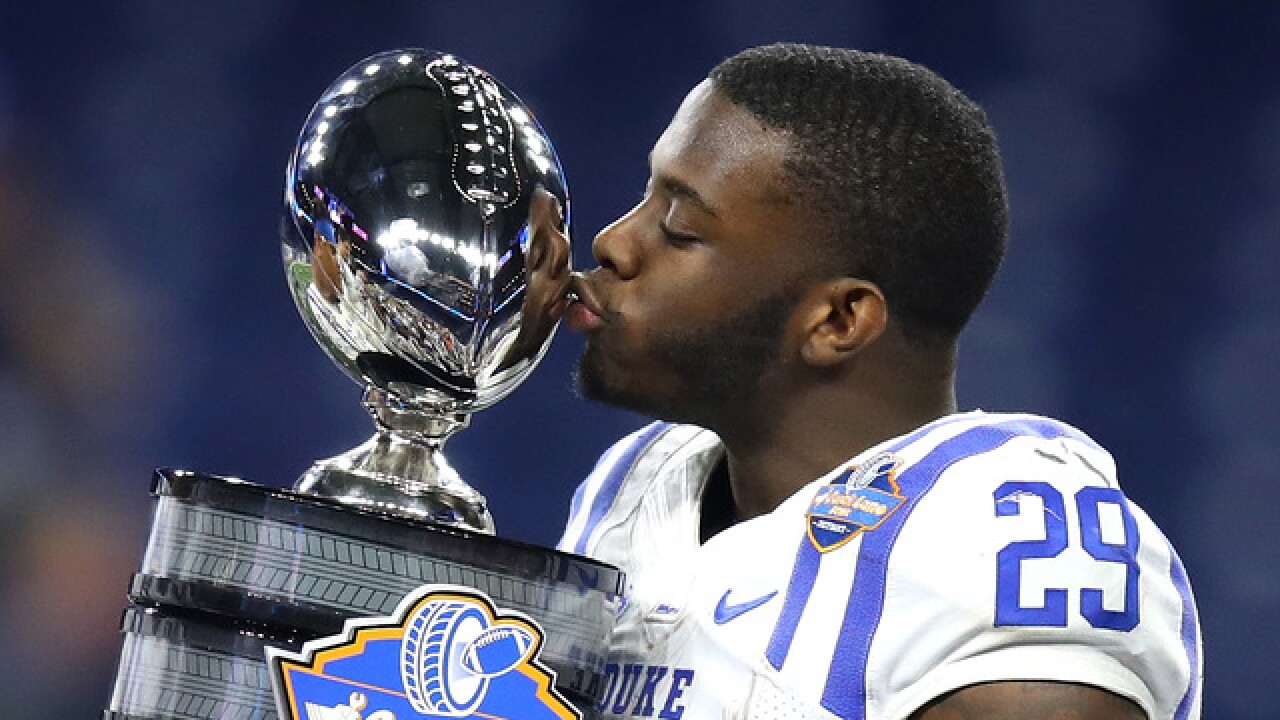 Daniel Jones threw for two touchdowns and ran for another as Duke beat Northern Illinois 36-14 in the Quick Lane Bowl on Tuesday.

Jones finished with 338 yards of offense, while Shaun Wilson and Brittain Brown added touchdowns for Duke (7-6).

Marcus Childers threw for 234 yards and a score for Northern Illinois (8-5).

The Blue Devils took a 14-0 lead in the first quarter, sandwiching rushing touchdowns around a failed Northern Illinois fake punt on 4th-and-18 from their own 11.

The Huskies had two first downs and 46 yards in the quarter, but tied the game with two scores in the first 2:38 of the second. Duke, though, moved back into a 26-14 lead with two touchdowns before halftime.

Jones fumbled on the first possession of the second half, but Northern Illinois turned the ball back over after a failed fake field goal.

Duke: Other than the start of the second quarter, where they lost defensive focus on back-to-back possessions, the Blue Devils were in complete control.

Northern Illinois: The Huskies recovered from the disastrous first-quarter fake punt to get back into the game, but couldn't stay with Duke on either side of the ball.

Duke: By winning their final three games, including David Cutcliffe's second bowl victory in 10 seasons at Duke, the Blue Devils take some momentum into the offseason. At 4-6 after a loss to Army on Nov. 11, they were in danger of missing out on a bowl for the second year in a row, but they beat Georgia Tech, Wake Forest and Northern Illinois.

Northern Illinois: After winning at Nebraska, the Huskies thought they were on the verge of another big season. However, conference losses to Toledo and Central Michigan knocked them out of MAC title contention and they were overmatched against Duke.