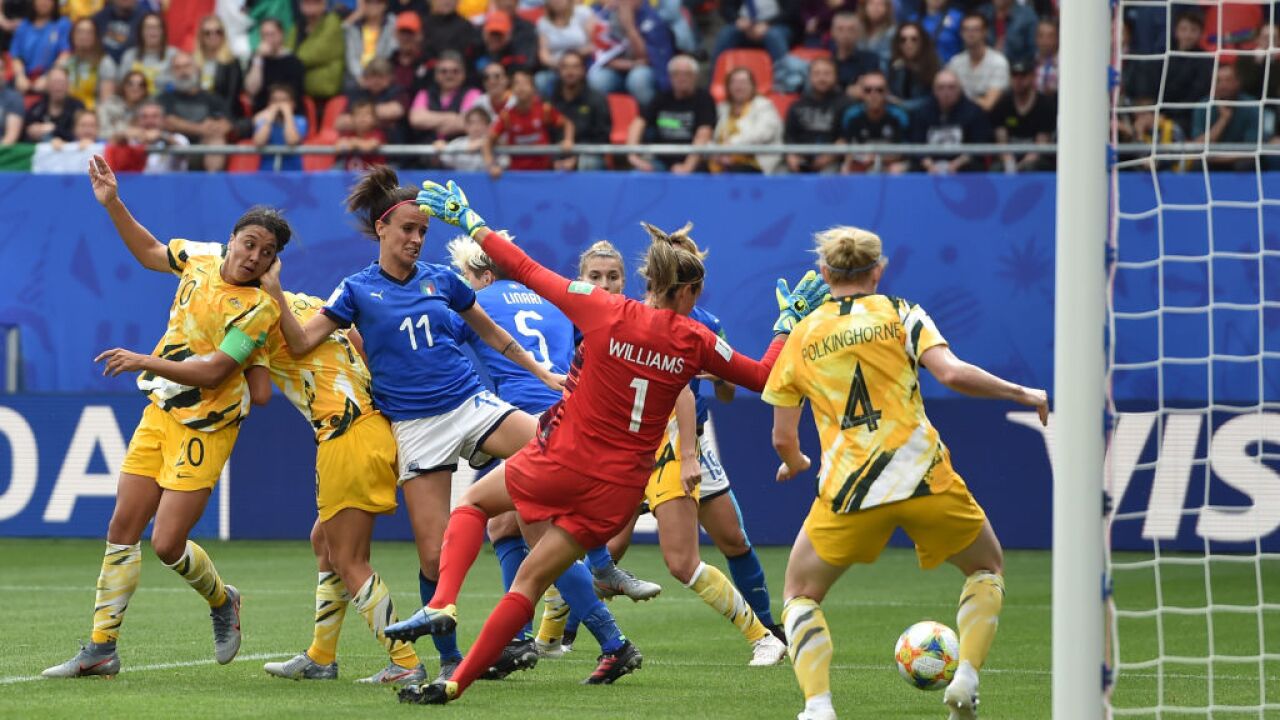 Bonansea got past Australian captain Sam Kerr with a header that caught goalkeeper Lydia Williams off guard in the fifth minute of stoppage time. The Juventus player also had the equalizer in the 56th minute for the 15th-ranked Italians, who are making their first appearance in the World Cup since 1999.

Sam Kerr, playing in her third World Cup, scored her first-ever goal in the tournament in the 22nd minute for the sixth-ranked Matildas. She celebrated by punching the corner flag in a tribute to Australia soccer great Tim Cahill.