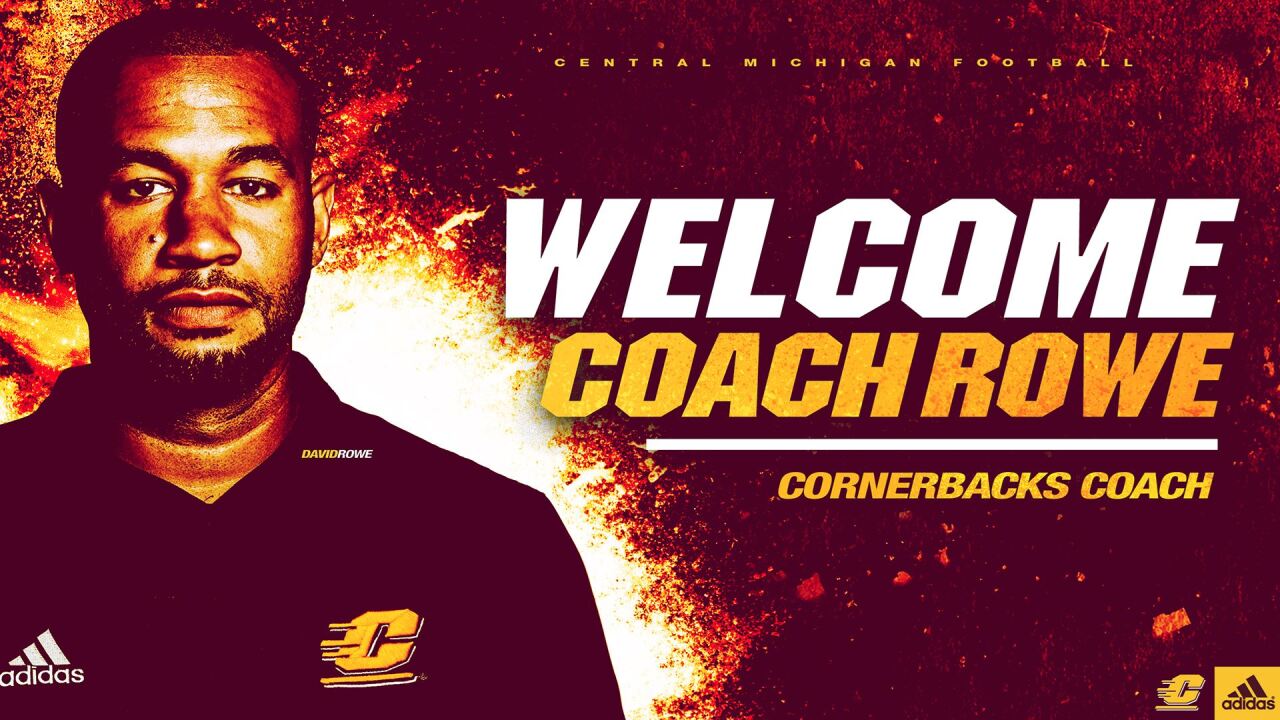 "Excited to have David join our staff, he brings a ton of energy and knowledge," head coach Jim McElwain said. "David is an excellent teacher and the type of person we want to be a part of our program. Coming off a national championship at Valdosta State, he knows what it takes to build a championship-caliber team."

Rowe spent last season as the defensive backs coach at VSU, helping the Blazers to a 14-0 record and the Division II National Title. Valdosta State defeated Ferris State in the championship game, 49-47. The Blazers also won the Gulf South Conference title as Rowe's group ranked eighth in the nation in passes intercepted and ninth in red zone defense.

Rowe was a three-year starter at cornerback and safety for Rutgers from 2008-11. He earned a bachelor's degree with a major in communications from Rutgers in 2012.

The Florida native joined the Tampa Bay Buccaneers by way of the Bill Walsh Minority Internship program in 2013. The four-month internship led to a defensive coaching assistantship in September of that year, working directly with safeties coach Jeff Hafley.

Following his stint with the Bucs in 2013, Rowe took a graduate assistant position at Western Michigan, working with the cornerbacks. Following his time at WMU, Rowe was the defensive coordinator at Rockledge High School in Florida.