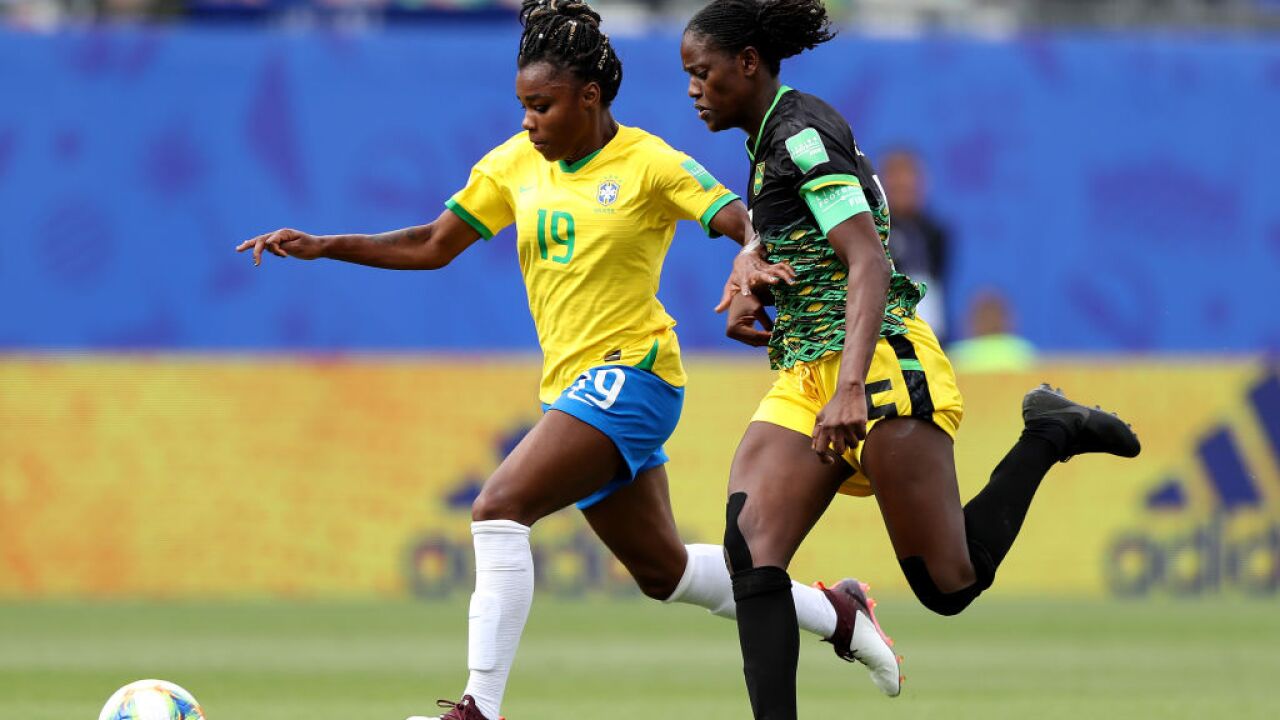 Elsa/Getty Images
GRENOBLE, FRANCE - JUNE 09: Ludmila #19 of Brazil takes the ball as Konya Plummer #5 of Jamaica defends in the second half during the 2019 FIFA Women's World Cup France group C match between Brazil and Jamaica at Stade des Alpes on June 09, 2019 in Grenoble, France. (Photo by Elsa/Getty Images)

The veteran forward's goal in the 64th minute for the hat trick came on a free kick that curled just under the crossbar. She also scored in the 15th and 50th minutes for the Brazilians, who were playing without star Marta. The six-time women's world player of the year was ruled out of the match because of a left thigh injury.

Brazil stopped a nine-game losing streak that began with a 4-1 defeat to the U.S. last Aug. 2.

The loss could have been worse for the Reggae Girlz, but goalkeeper Sydney Schneider stopped Andressa's penalty kick in the 38th minute. The save prompted countryman Usain Bolt to tweet "Yes mi keeper." Jamaica is the first Caribbean nation to play in the Women's World Cup.

It is Brazil's first hat trick in a World Cup since 1999. Cristiane is the ninth player overall to score 10 career World Cup goals; Marta holds the record with 15.