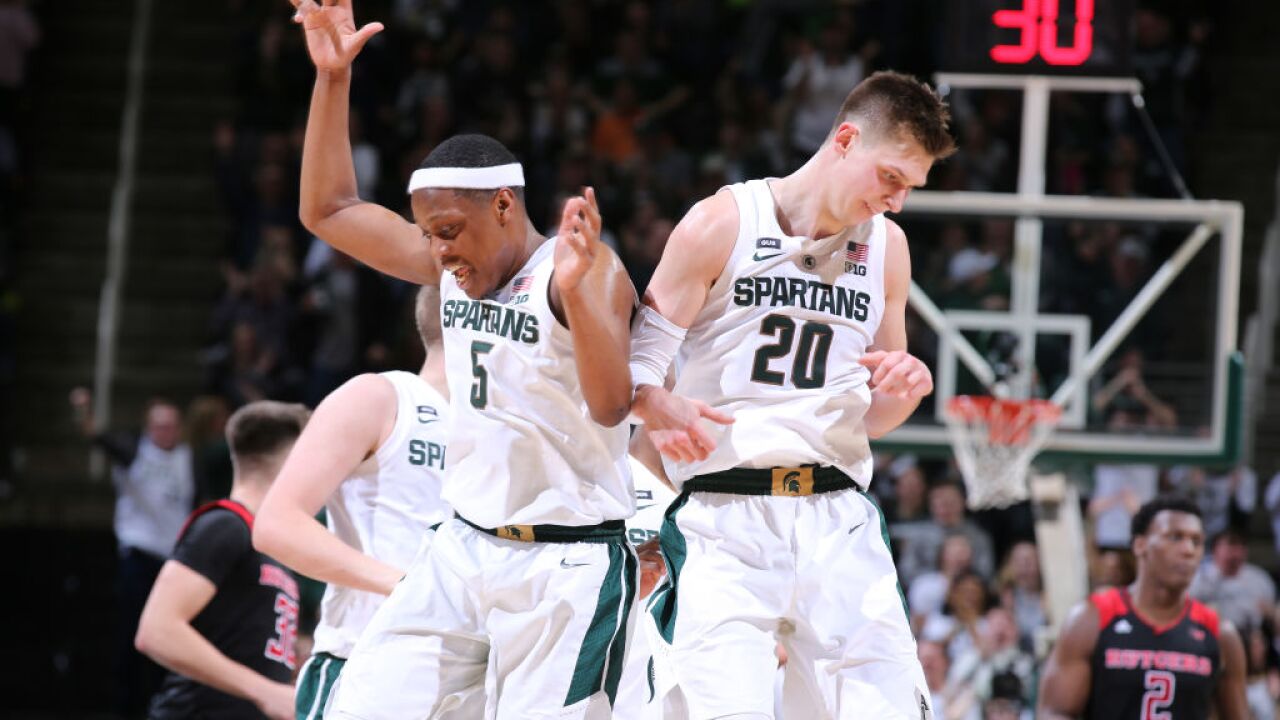 The game will air live from the Lahaina Civic Center on ESPN2 at noon Hawaii time (5 p.m. ET).

The winner of the Virginia Tech-Michigan State game will play the winner of a game between Dayton and Georgia on Tuesday, Nov. 26 on ESPN (3 p.m./8 p.m. ET). Games on the other side of the bracket include Kansas against Chaminade and UCLA against Brigham Young.

The championship game will be played on Wednesday, Nov. 27, airing live on ESPN (noon/5 p.m. ET).

This will be just the second ever meeting between Michigan State and Virginia Tech. The Spartans beat the Hokies, 96-77, in a semifinal of the Coaches vs. Cancer Classic at Barclays Center in Brooklyn, N.Y. on Nov. 23, 2013.

This will be Michigan State's fifth time participating in the Maui Invitational (1991, 1995, 2005, 2010). The Spartans captured the championship in their inaugural trip in 1991, defeating Lamar, Rice and No. 2 Arkansas in the championship game, 86-71. Redshirt freshman Shawn Respert averaged 19.0 points, while Mark Montgomery averaged 7.3 assists.

Tom Izzo made his head coaching debut at the 1995 Maui Invitational, defeating Chaminade, before falling to North Carolina and Santa Clara. In the 2005 tournament, MSU defeated Chaminade before falling to Gonzaga in one of the greatest games in the history of the Maui Invitational, losing 109-106 in triple overtime. Maurice Ager scored 36 points, including 27 in the last 7:09 of regulation and the overtime periods. MSU bounced back the next day with a 74-71 overtime win vs. Arizona. Ager earned a spot on the All-Tournament Team, averaging 26.3 points in three games.

In 2010, the Spartans finished in third place, beating Chaminade in the opening round (82-74), losing to UConn in the semifinals (70-67) and beating Washington (76-71). Kailin Lucas was named to the all-tournament team, averaging a team-best 22.3 points per game.