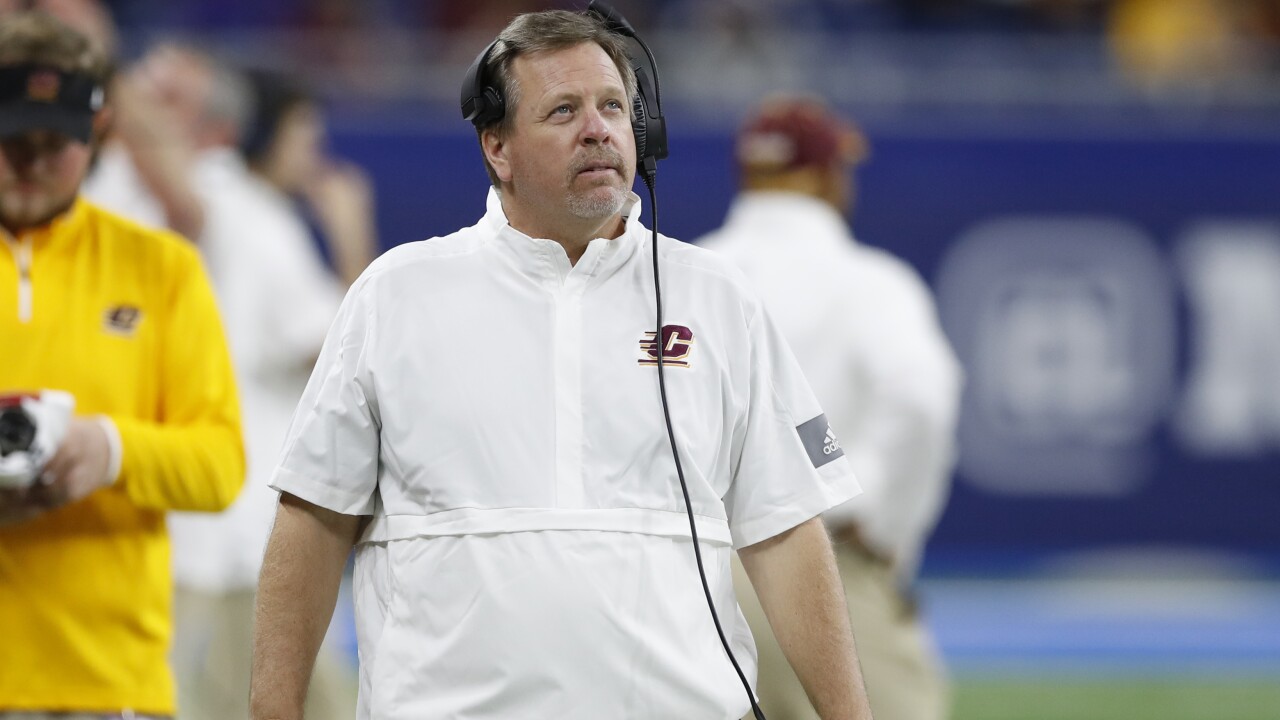 (WXYZ) -- Like most college football coaches, Central Michigan's Jim McElwain can't hide his anticipation for the start of the season -- especially after a delay.

"What an exciting time for a lot of reasons," McElwain told reporters on a video call Monday. "Just really excited for our players. It was hard for them to sit and watch other people play and wonder 'why not us?'"

The Mid-American Conference voted Friday to reinstate its fall football season after initially opting to postpone to spring over COVID-19 concerns.

"I will commend our conference, our presidents, the commissioner, our medical team," said McElwain. "I thought we did a fantastic job as a conference making sure we covered all the things we need to do."

McElwain also praised the MAC for including player representatives from each school in discussions with conference leadership and medical personnel.

Perhaps taking a lesson from other schools who have had to adjust rosters or even postpone games as a result of limited position groups this season, McElwain says CMU will spend some time cross-training players at different positions during practice.

"If something happens to a large group, we're not held short as far as guys being able to go play," said McElwain. "I think you watched Kansas State play Oklahoma this weekend without many (defensive backs), but they had already trained some guys to step in and do that, because that room had been decimated a little bit."

The 2020 MAC football season is scheduled to begin Wednesday, November 4.