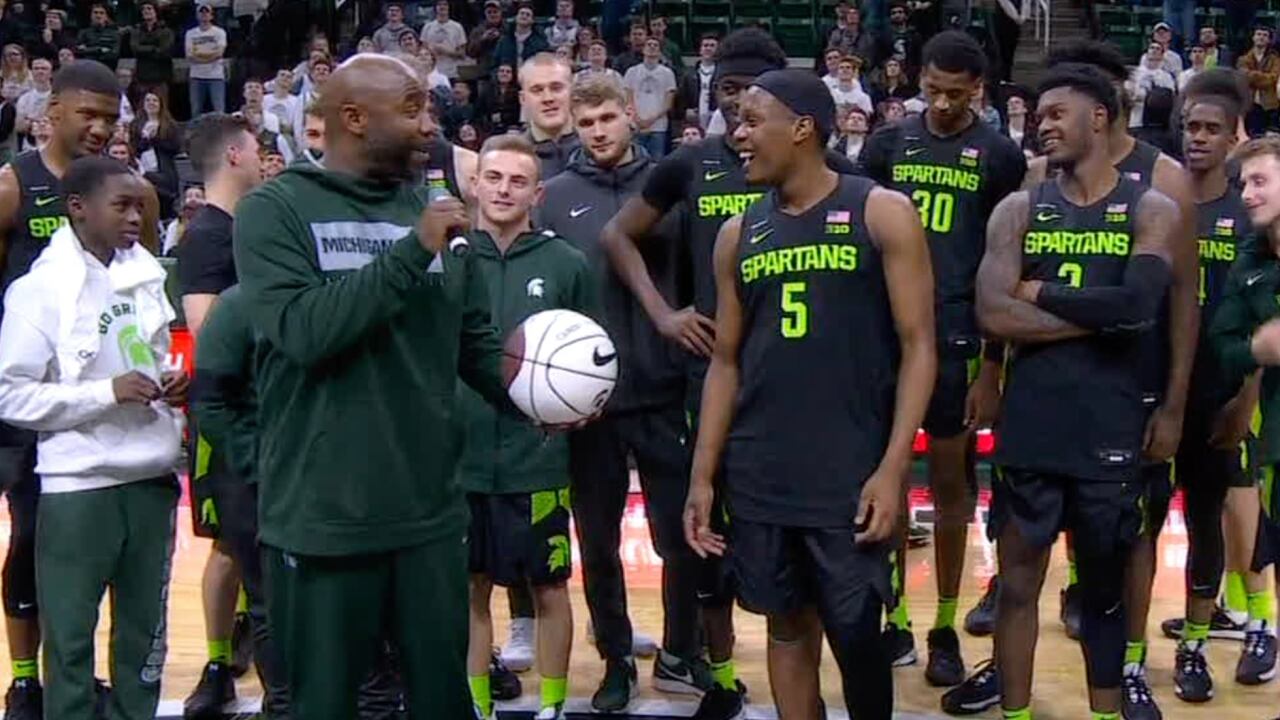 EAST LANSING, Mich. -- Cassius Winston had six points and four assists to give him the Big Ten record for career assists as No. 15 Michigan State beat Wisconsin 67-55 Friday night.

The Badgers (11-7, 4-3) trailed the entire game, but went on a 13-0 run with Nate Reuvers scoring 11 points to cut their deficit to six points early in the second half.

He passed Mateen Cleaves, who watched the game in person. pic.twitter.com/1nAnaPmPSL

Michigan State pulled away with balanced scoring and stingy defense, building a 63-39 lead.

Shortly thereafter, Winston threw an alley-oop lob to Xavier Tillman, giving him four assists in the game and 817 in his career. Former Spartan Mateen Cleaves, who attended the game, ended his national championship-winning career with 816 assists in 2000.

Reuvers scored 19 points on 7-of-15 shooting and Kobe King had 10 points for the Badgers.

Michigan State: Winston can get back to playing naturally after looking like he was forcing passes to get Cleaves' record out of the way.