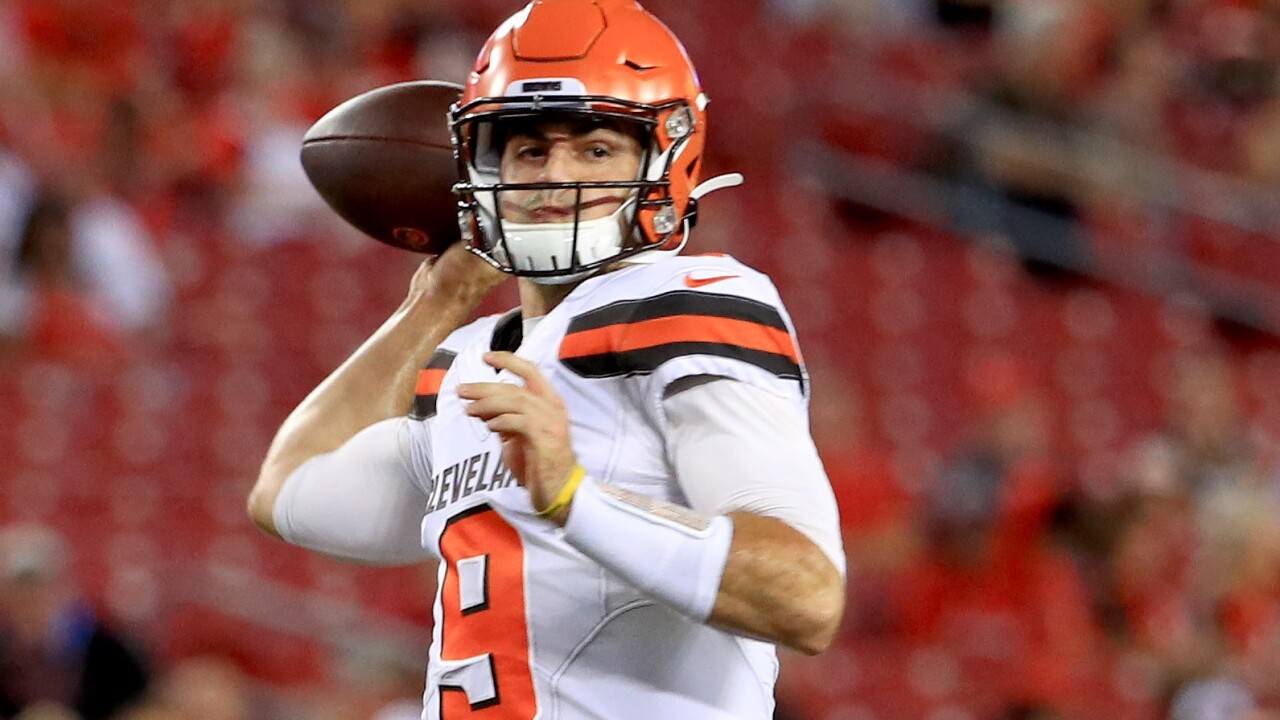 CLEVELAND (AP) -- The Cleveland Browns have traded rookie quarterback David Blough to the Detroit Lions, who got a firsthand look at him Thursday night.

Blough completed 11 of 17 passes for 115 yards and threw two interceptions in a 20-16 win in the exhibition finale. The undrafted free agent from Purdue finished 25 of 43 for 271 yards with two touchdown passes and the two picks during the preseason.

Cleveland and Detroit swapped seventh-round draft picks in 2022 in the deal.

Blough wasn't going to make the Browns' roster, but it's possible the team was going to sign him to their practice squad.

The Lions have been moving quarterbacks in and out over the past week. Tom Savage is expected to back up starter Matthew Stafford. Savage returned from a concussion sustained in the preseason opener and played the first half Thursday.

However, he was outperformed by Josh Johnson, who came in and threw a TD pass and ran for a score.