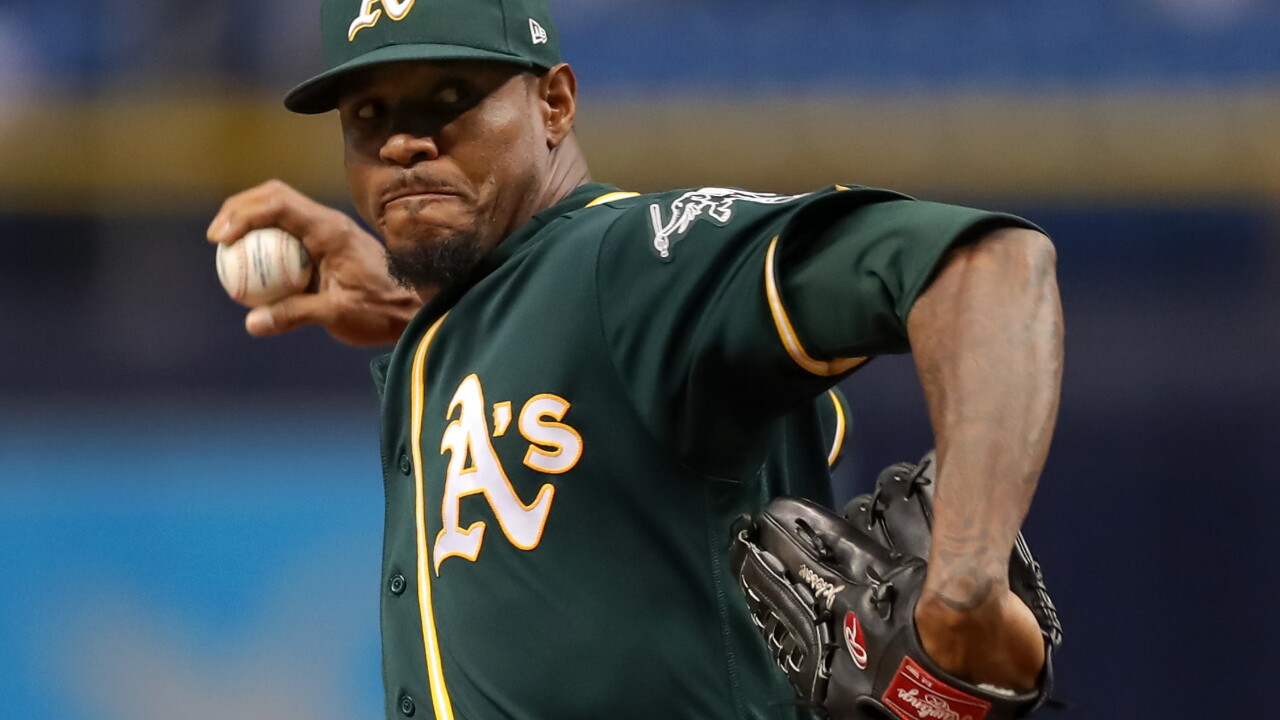 TORONTO (AP) -- Edwin Jackson was acquired by Toronto from Oakland for cash on Saturday and would set a record by pitching for 14 major league teams when he makes his Blue Jays debut.

A 35-year-old right-hander, Jackson would be appearing in his 17th big league season. He signed a minor league contract with Oakland last month and was 1-0 with a 6.75 ERA in three games, two at Triple-A and one at Class A. He is expected to report to the Blue Jays.

Jackson made his big league debut with the Los Angeles Dodgers in 2003 and also pitched for Tampa Bay, Detroit, the Chicago White Sox, Arizona, St. Louis, Washington, the Chicago Cubs, Atlanta, San Diego, Miami, Baltimore and Oakland. He was 6-3 with a 3.33 ERA in 17 starts for the Athletics last season, matching Octavio Dotel's record of 13 teams.

Toronto has four starting pitchers on the injured list, including right-handers Clay Buchholz (shoulder) and Matt Shoemaker (out for the season after knee surgery), and left-handers Ryan Borucki (elbow) and Clayton Richard (right knee).