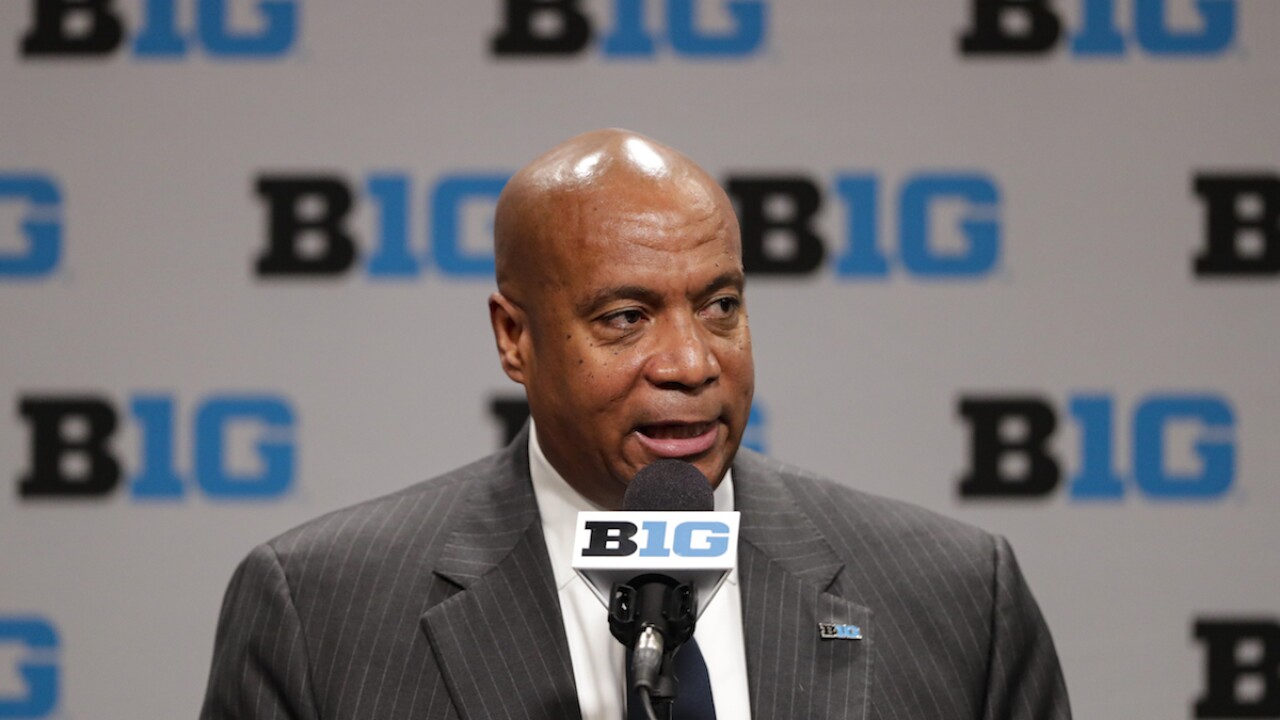 Copyright 2020 The Associated Press. All rights reserved.
Michael Conroy/AP
Big Ten commissioner Kevin Warren addresses the media in Indianapolis, Thursday, March 12, 2020, after it was announced that the remainder of the Big Ten Men’s Basketball Conference Tournament will be cancelled. (AP Photo/Michael Conroy)

The Big Ten Unveiled it’s revamped conference only schedule this morning as in a month from today, the beginning of the college football season is scheduled to begin.

But as we know, the coronavirus will dictate if these games can be played at all, they’ve tried to make it flexible enough to compete a season should they be able to.

The new Big Ten conference schedule is out and if all goes well, a month from today Michigan will be hosting Purdue at the Big House.

Plenty of “ifs” between now and then, but the conference has implemented plenty of flexibility into this season in case of an outbreak on any particular team, and their commitment to testing and maintaining team health and safety is a the top of their agenda.

“The big thing for us right now, always is number one is the health and safety of our student athletes and everyone in our Big Ten community, but also is to have as much flexibility as we can,” Big Ten Commissioner Kevin Warren said.

A glimpse of hope came in the form of schedules for Big Ten teams this morning. Michigan and Michigan State each are slated to play five home games and five on the road. But if you pay attention of the dates listed, they’ve built in bye weeks, two for each team, as well as having open dates in December that would allow for any reschedule that should have to occur should a team be unable to play during any particular week.

“We are very hopeful to have a Big Ten football season, to have fall sports in our Big Ten Conference but we’re approaching this entire process on a day to day basis,” Warren added.

That leads us to the testing and quarantining of athletes. As training camps get underway this weekend, student athletes in high risk sports like football will be tested twice per week, while including rapid tests on top of that, performed by a third party to ensure that no infected player can possibly get on the field come game day.

“We’re taking the testing component of this entire process very seriously. We need to make sure that the health and safety and wellness, not only the physical but mental as well remain at the top of our list, and as we sit here today I’m confident that we’ve done everything we can up to this moment to feel comfortable to move to tomorrow,” Warren said.

Michigan State put itself in a two week quarantine back on July 22nd and is now allowed back on the training field without those who still tested positive. It will be a fluid situation, and games will likely be shifted this fall but as of now, the Big Ten is pushing for a season in a month from today.