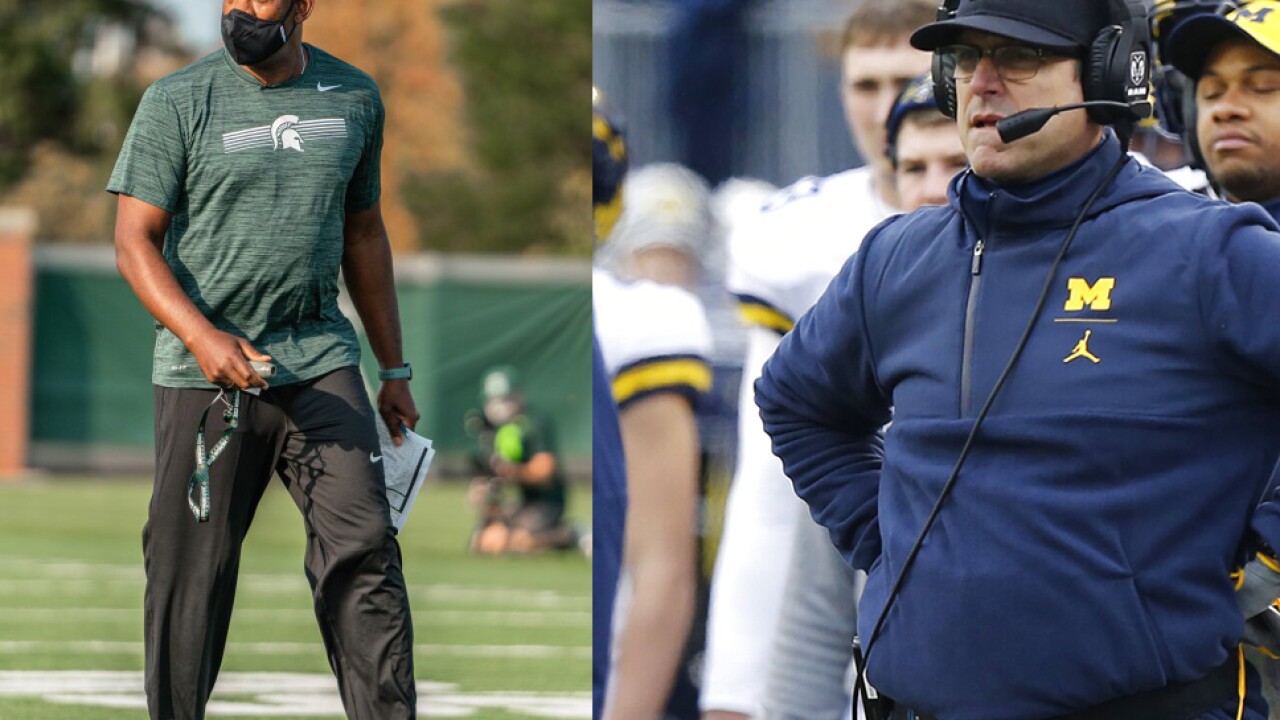 Big Ten Football is returning this weekend throughout the Midwest, more than two months after the conference originally canceled fall sports due to COVID-19.

The teams will be playing a shortened schedule with eight straight games before the Big Ten Championship on Dec. 19.

Michigan State will play the first game of the two in-state teams. They host Rutgers at Spartan Stadium at 12 p.m. The game will air on Big Ten Network and it's the debut for new head coach Mel Tucker.

Then Saturday night, Michigan will head to Minnesota to take on the Golden Gophers. That game will begin at 7:30 p.m. and you can watch it right here on Channel 7.

Finally, both teams will face each other next weekend for the Paul Bunyan Trophy. That game kicks off at noon on FOX.