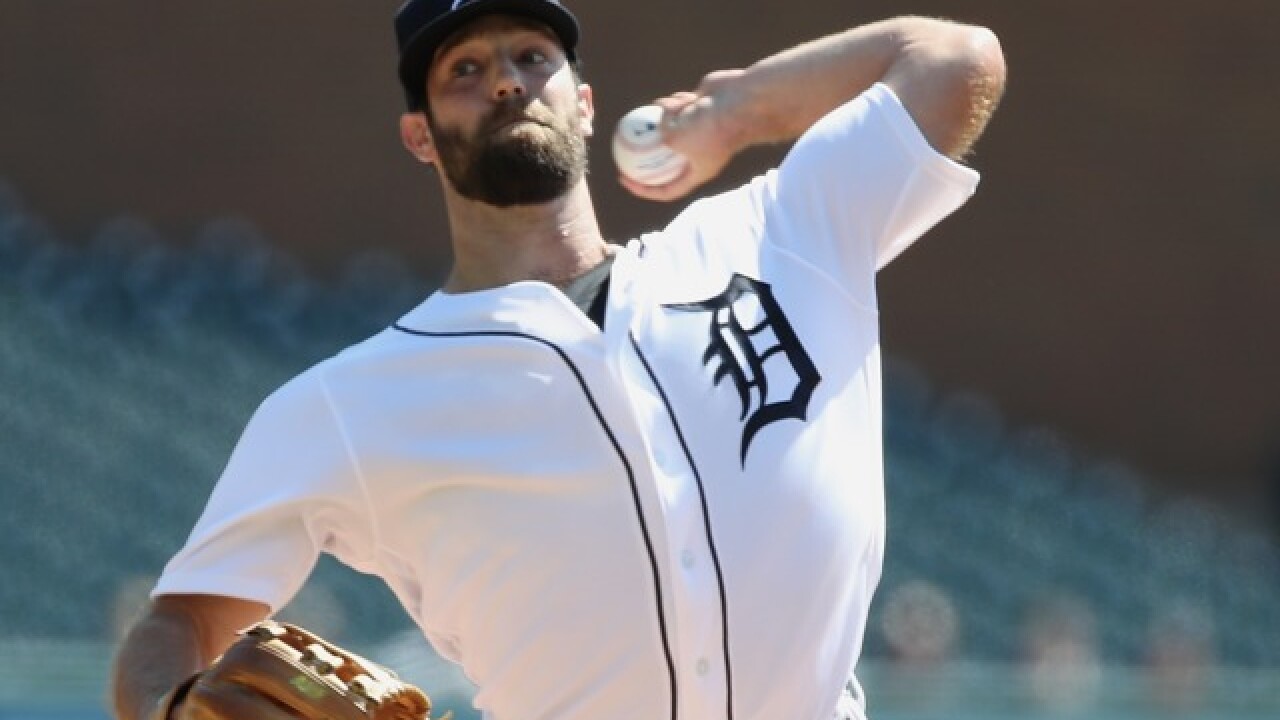 George Springer understood the situation as he was about to dive for Dawel Lugo's line drive in the eighth inning.

"I could tell I was either going to get to it, or this is going to be a really bad play," the Houston outfielder said. "I'm happy that I got to it."

Springer made the catch to help preserve Houston's lead, and the Astros swept a series at Comerica Park for the first time, wrapping up a three-game set with a 5-4 victory over the Detroit Tigers on Wednesday. The Tigers had a man on first with two outs in the eighth when Lugo hit a liner down the line in right field. Springer made a diving catch . If he had missed and the ball had skipped past, the tying run would have scored.

"I think George on his own took a step toward the line to start the play," Houston manager AJ Hinch said. "Got a great jump on it. With the runner in motion, a lot of bad can happen if he doesn't come up with that, but it's the right play to dive. Certainly the right play to be aggressive."

It was the 13th series sweep of the season for the Astros, who have won 10 of their last 11 games. Houston entered with a three-game lead over Oakland atop the AL West.

Josh James pitched three innings in relief, allowing a two-run homer by Nicholas Castellanos in the seventh that pulled the Tigers within a run. Ryan Pressly pitched a perfect ninth for his first save.

"I started running out of gas in the third inning, which is frustrating, because that's not how you want to feel," said Norris, who returned from the disabled list Sept. 1 after missing much of the season with a groin injury. "I got through four with a lot of weak contact, but I started missing spots in the fifth and they have great hitters."

Houston trailed 2-1 before scoring four runs in the fifth. Alex Bregman put the Astros ahead with a two-run double, and Tyler White added a sacrifice fly. An RBI double by Marwin Gonzalez made it 5-2.

The Astros swept a three-game series at Tiger Stadium in 1998, but they'd never done it at Detroit's current ballpark, which opened in 2000.

Cole moved into the American League lead in strikeouts with 260, two more than teammate Justin Verlander. Bregman has a major league-best 50 doubles, along with 100 runs and 100 RBIs. The last player to reach all three of those marks in one season was Miguel Cabrera of the Tigers, who had 101 runs, 52 doubles and 109 RBIs in 2014.

Astros: C Martin Maldonado was shaken up in the fifth when Detroit's Ronny Rodriguez caught him on the left arm with the bat while following through on a swing. Maldonado stayed in the game.

Tigers: SS Niko Goodrum left the game with a right quad contusion after he collided with LF Christin Stewart when Stewart went to the ground to make the catch on a shallow fly in the second.

Houston is off Thursday before hosting a three-game series against Arizona. Dallas Keuchel (11-10) starts the opener for the Astros on Friday night.

Detroit also has an off day before three games at Cleveland. Matthew Boyd (9-12) takes the mound for the Tigers on Friday night against Josh Tomlin (1-5).