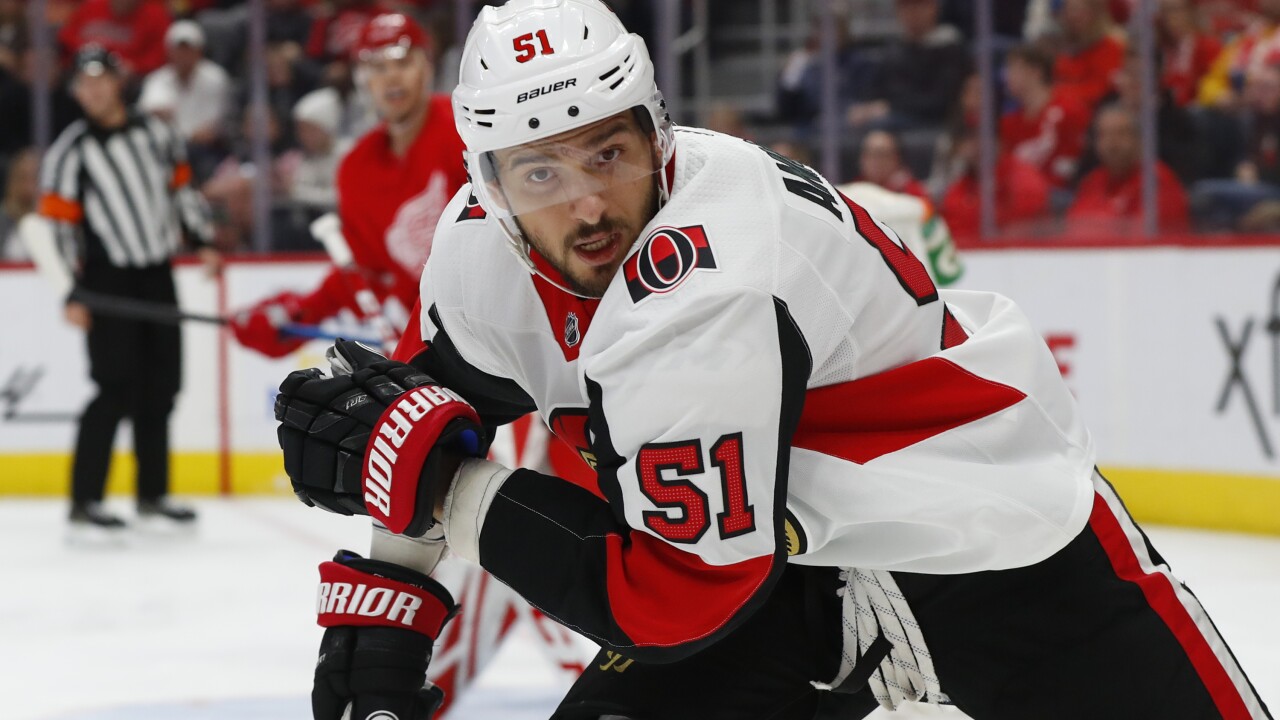 Scott Sabourin also scored in regulation for the Senators, who earned their first shootout win of the season. Marcus Hogberg made 25 saves for his fifth win.

The Senators tied the game 2-2 just 1:48 into the third period as Sabourin scored his first since the season opener.

Anisimov gave Ottawa the lead with his second goal of the game when he took a pass and scored over Bernier.

The Red Wings came right back and tied the game with a power-play goal. Gagner tipped Filip Hronek’s point shot and handcuffed Hogberg on the redirection.

Detroit extended its lead to 2-0 early in the period as Tyler Bertuzzi dropped a pass to Larkin, who fired a wrist shot and beat Hogberg to the glove side.

The Senators cut the lead in half with a power-play goal late in the period. With Nick Paul screening Bernier, Anisomov got it through a crowd for his 14th of the season.

The Red Wings took a 1-0 lead four minutes into the first period on Nielsen’s fourth of the year.

The Senators had a number of chances on the power play, but Bernier came up with a couple of big saves.

Shortly after, Adam Erne pushed his way to the net, but the puck trickled off his stick to Nielsen, who put it behind Hogberg.

NOTES: Ottawa’s Thomas Chabot played his 200th NHL career game. ... Colin White and Anthony Duclair missed their third straight game due to injury. ... This was the final meeting between the teams. Ottawa won the season series 2-0-1.

Senators: At Piitsburgh on Tuesday.