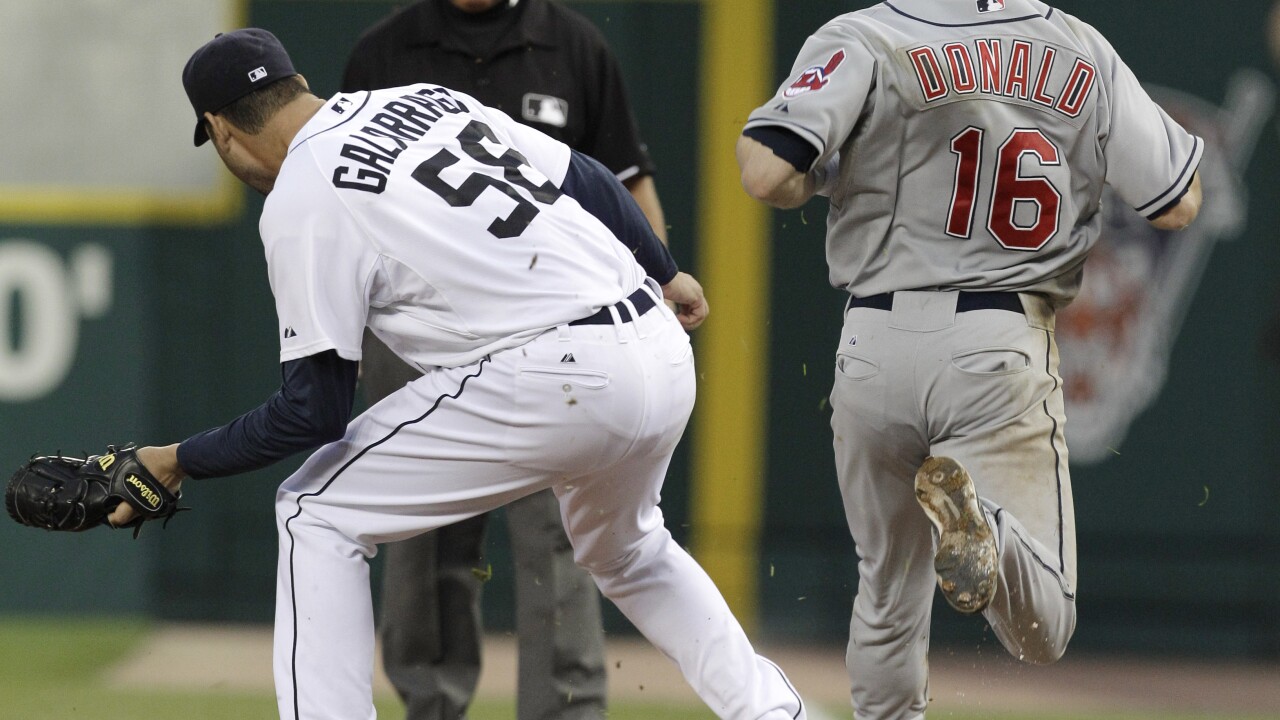 AP2010
Paul Sancya/ASSOCIATED PRESS
Detroit Tigers pitcher Armando Galarraga covers first base as Cleveland Indians Jason Donald hits the bag and first base umpire Jim Joyce looks on in the ninth inning of a baseball game in Detroit on Wednesday, June 2, 2010. Joyce called Donald safe and Galarraga lost his bid for a perfect game with two outs in the ninth inning on the disputed call at first base. Detroit won 3-0. (AP Photo/Paul Sancya)

It's been nearly 10 years since Detroit Tigers Armando Galarraga threw a near-perfect game at Comerica Park.

It was June 2, 2010, when Galarraga got the first 26 batters out against the Cleveland Indians. Then, on the 27th batter, Jason Donald hit a grounder between first and second, which prompted Miguel Cabrera to field it and throw it to Galarraga covering first.

Despite Galarraga beating Donald to the bag, umpire Jim Joyce called him safe. He immediately said he made a mistake after the game.

Speaking to The Athletic, Galarraga said he wants the game to be ruled a perfect game, which would be the 24th in MLB history.

“Why not?” Galarraga said to The Athletic . “Why wait for so long? I don’t want to die, and then they’ll be like, ‘You know what, he threw a perfect game.'”

Joyce said he is on the same page.