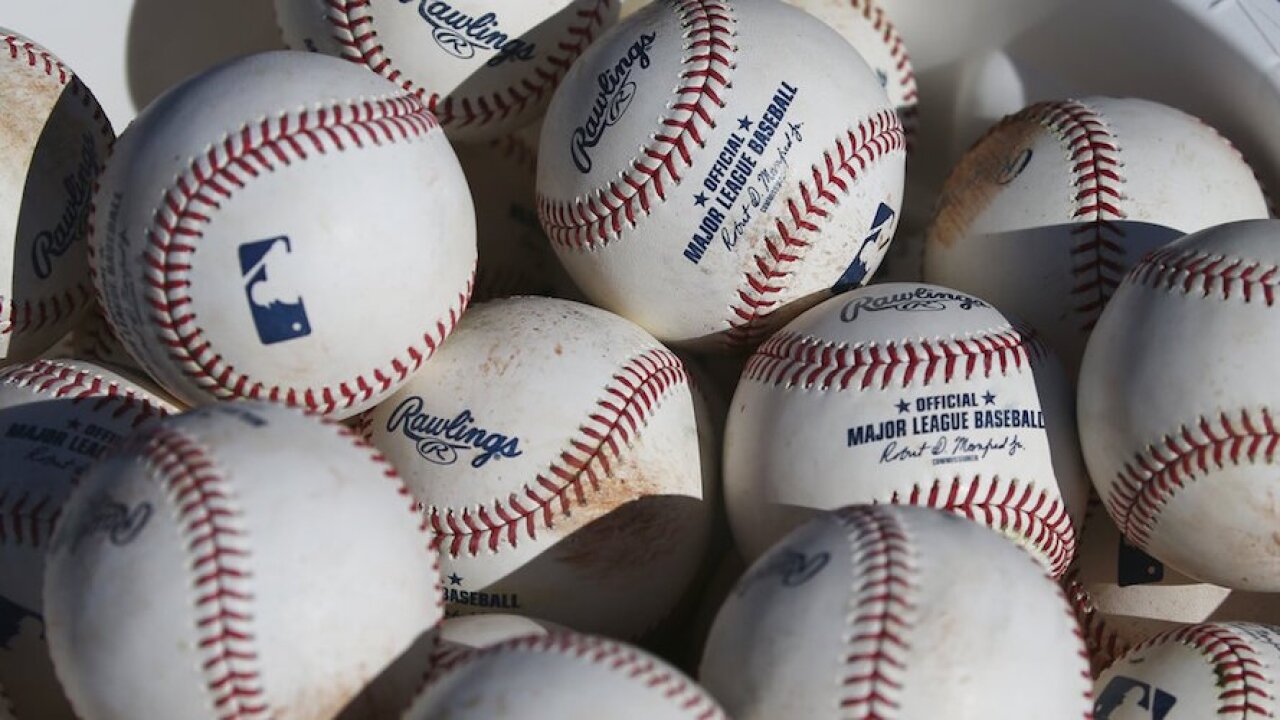 Ross D. Franklin/AP
FILE - In this Feb. 14, 2020, file photo, baseballs occupy a bucket after use during fielding practice during spring training baseball workouts for pitchers and catchers at Cleveland Indians camp in Avondale, Ariz. Major League Baseball is suspending all political contributions in the wake of last week's invasion of the U.S. Capitol by a mob loyal to President Donald Trump, joining a wave of major corporations rethinking their efforts to lobby Washington. “In light of the unprecedented events last week at the U.S. Capitol, MLB is suspending contributions from its Political Action Committee pending a review of our political contribution policy going forward,” the league said in a statement to The Associated Press on Wednesday, Jan. 13, 2021. (AP Photo/Ross D. Franklin, File)

NEW YORK (AP) — Major League Baseball is suspending all political contributions in the wake of last week's invasion of the U.S. Capitol by a mob loyal to President Donald Trump.

Following the insurrection last week by Trump supporters while Congress attempted to certify the results of the presidential election, many companies have said they will avoid making donations to members of the House and Senate who voted to overturn President-elect Joe Biden's victory over Trump.

MLB is the first of the major professional sports leagues to say it would suspend donating in the aftermath of the deadly riots, The Associated Press reported.

Others, like MLB, have postponed political giving to both political parties altogether.

MLB has donated $669,375 to Senate and House candidates since the 2016 election cycle, with 52.4% of that money going to Republican candidates, according to The Center for Responsive Politics.

According to The AP, the above lawmakers opposed certifying Biden's victory.

The NFL told The AP that it is re-evaluating its political giving policies through their Gridiron Political Action Committee.