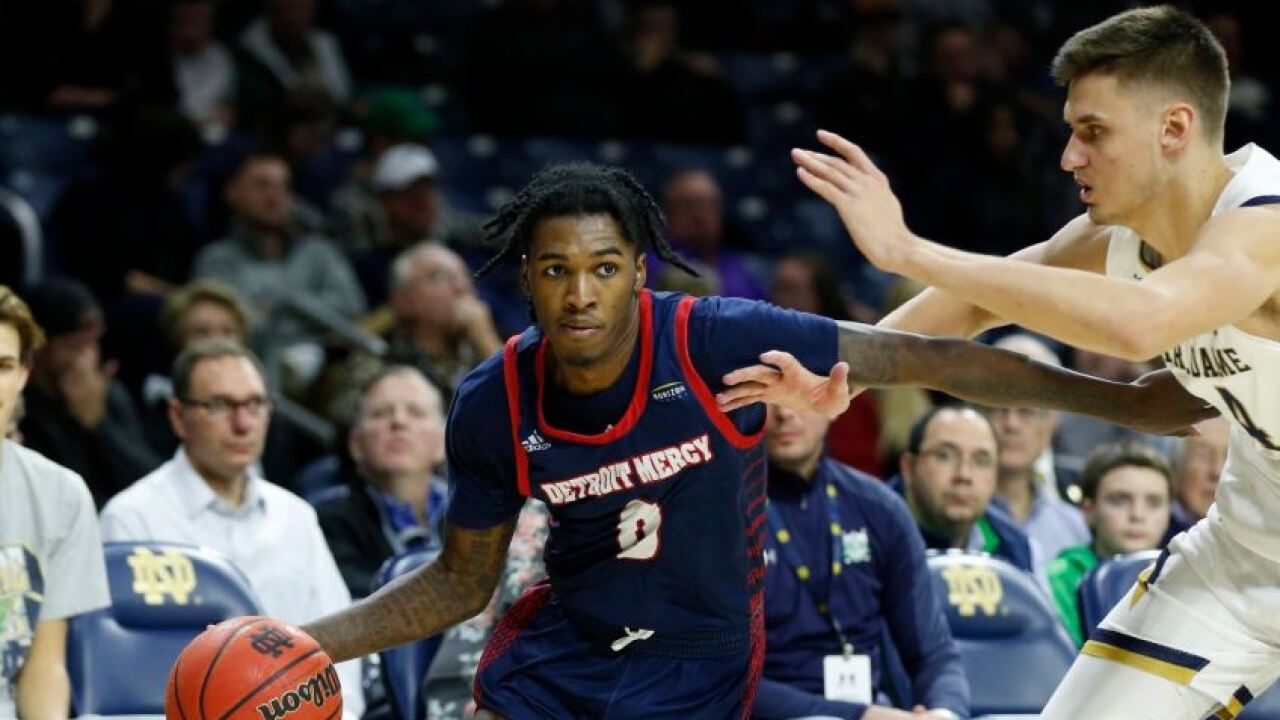 Mike Brey's Fighting Irish (7-3), who had six players in double figures, had a program-tying 33 assists on their 41 baskets as they reached the century mark for the first time since a 100-74 victory over Jacksonville last season.

Prentiss Hubb had a career-high 11 assists to go with 13 points. Mooney, who entered the game leading the nation in rebounding with 13.5 per game, managed 11 to go with his 15 points for his sixth double-double of the year. Juwan Durham had 16 points and nine rebounds as the Irish outboarded the Titans 40-28.

Mike Davis' Titans fell to 1-8 with their fifth straight defeat despite 27 points from sophomore son Antoine Davis on 12-of-21 shooting. Brad Calipari had 12 points and Justin Miller and Willy Isiani each added 11.

Goodwin had 16 points on 6-of-7 shooting in 14 minutes as the Irish had their most productive first half of the season to grab a 49-33 lead. The lead eventually grew to 44 points in the second half.

Early in the second half, however, the Irish got a scare when Rex Pflueger, who suffered a season-ending left knee injury almost a year ago, fell to the floor and left for the locker room. He did return to the bench and watched the rest of the game.

Detroit Mercy: Coach Davis used 11 players in the first half, but the other 10 did little to help the coach's son Antoine. They combined to shoot 29 percent, hitting 7 of 24 shots.

Notre Dame: The Irish entered the game leading the nation in assist-to-turnover ratio at 1.62 and in the first half they were at 4.25 (17 assists to four turnovers). The Irish had 29 assists in a 107-53 victory over North Carolina A&T.