Albion rallying on the court after Winston's death

Britons off to 11-2 start to the season 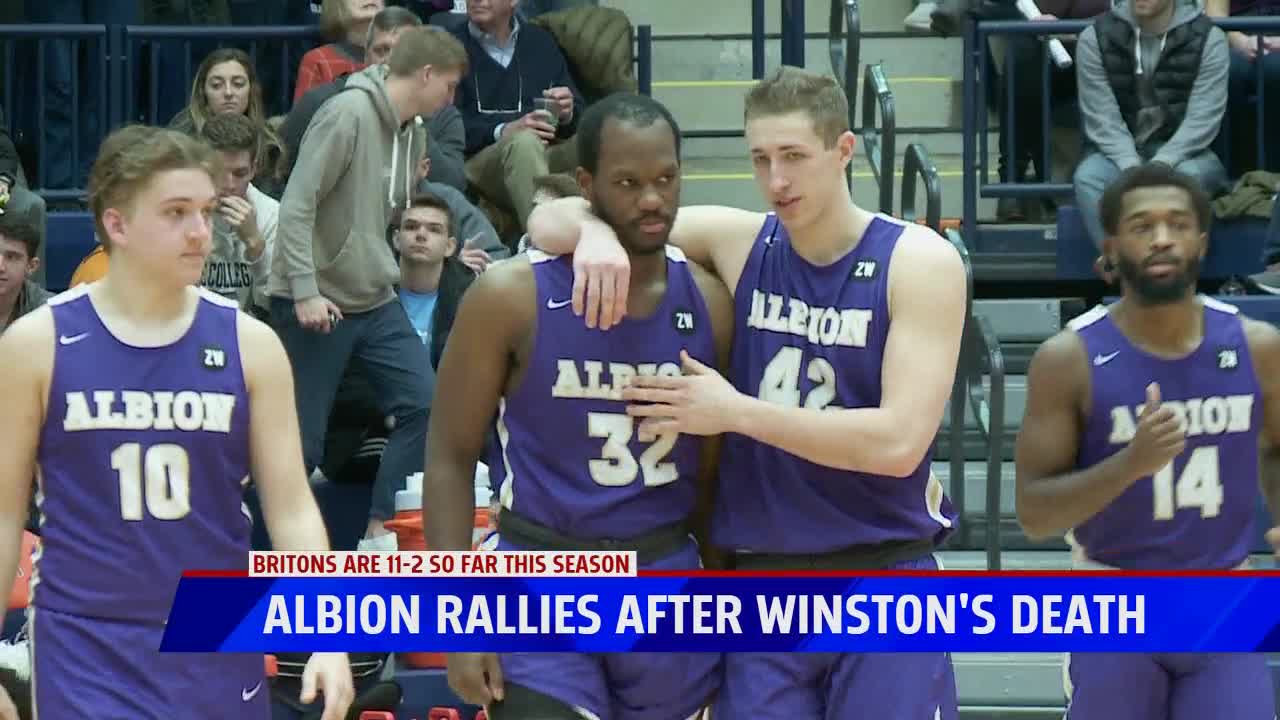 It's been an emotional season for the Albion men's basketball team to say the least. On November 9, the Britons lost teammate and friend Zachary Winston to apparent suicide. Despite the tragedy, the team is off to an 11-2 start while dedicating the season to Winston.

"As a team, we're not playing for ourselves anymore, we're playing for something bigger," junior forward Caden Ebeling said. "We're playing for Zach and the whole Winston family, that was our brother, too. It's hard to go through our daily routine not seeing him but everything we do is for him now."

The Britons beat Hope on Saturday at Devos Fieldhouse to notch the program's first win on the road against the Dutchmen since 2011 as the remarkable start continues.

"It's way bigger than basketball," junior guard Jamezell Davis, Jr. added, "we're playing with a purpose now, it's no longer for ourselves."

The tragedy will stay with the players, coaches and community forever.

"It's something we're going to take for the rest of our lives," Davis, Jr. continued, "not only being together with basketball but with life and living with a purpose not just on the basketball court."

Head coach Jody May is in his 12th season at the helm and is still coping with the loss. The team is playing with Winston's initials 'ZW' patched onto their jerseys all season long.

"We're never going to get over this but we can get through it," May said, "that's kind of been our mantra is we're here for each other and will get through things. Our guys have been resilient through it all and have understood let's do things the way Zach would want us to do them."

The Britons play at Alma on Wednesday evening.