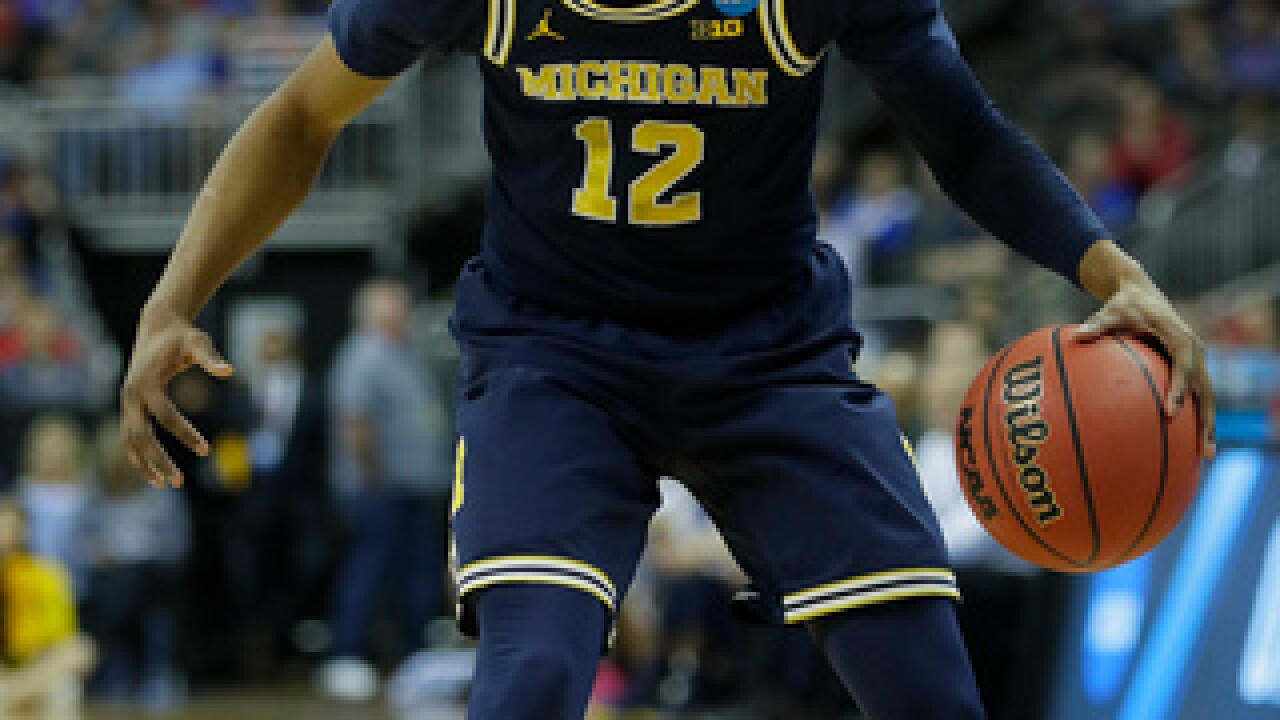 Charles Matthews and Zavier Simpson each scored 13, and Moritz Wagner added 10 points and 11 rebounds for the Wolverines, who improved to 22-3 all-time against Central Michigan.

Shawn Roundtree had 21 points on 7-of-11 shooting, including 4 of 6 from 3-point range, to lead the Chippewas. Luke Meyer added 12 points.

Central Michigan was competitive from the opening tip, leading by eight on four different occasions in the first half. After Michigan took a 3-2 lead, the Chippewas went on a 9-0 run, capped by Matt Beachler's 3-pointer, to take an 11-3 advantage.

The Wolverines finished the half with a 10-1 run, taking a slim lead into the break.

After a Chippewas' basket, Matthews hit a jumper to keep the lead at five. Later, Matthews' dunk put Michigan up by nine.

Central Michigan: The Chippewas, a member of the Mid-American Conference, appear to be improved from last season, when they lost their final eight games. Despite losing Marcus Keene, last year's leading scorer in the nation at 30 points per game, Central Michigan showed a well-rounded offensive attack against the Wolverines. Eight different players scored for the Chippewas.

Michigan: The Wolverines have struggled out of the gate in both their games this season, trailing North Florida by seven in the first half of Saturday's season-opener and falling behind Central Michigan early. Michigan needs to get off to better starts and not rely on second-half rallies. The Wolverines, who are replacing numerous key players from last season, should improve as the season progresses.