This Soccer Player Who Helped The U.S. Win The World Cup Once Dressed Up As Her ‘hero’ Mia Hamm For A School Project 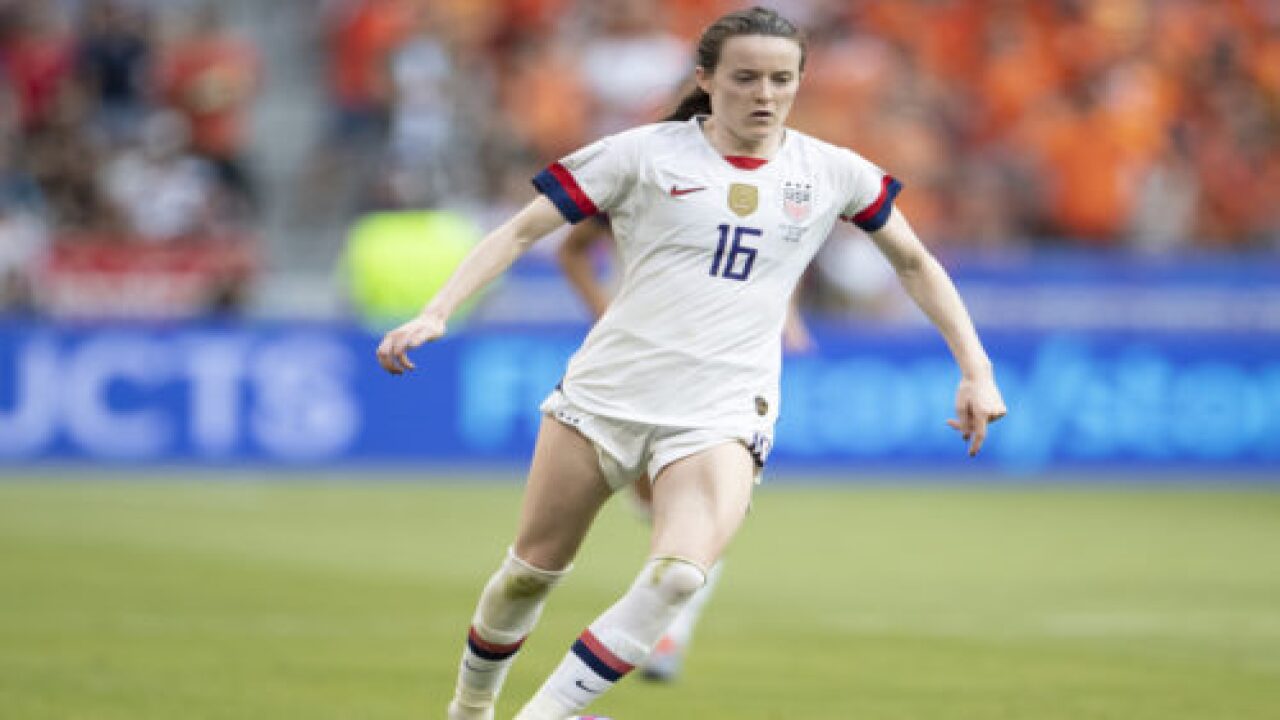 You saw the U.S. women’s soccer team come out on top Sunday in the 2019 FIFA Women’s World Cup, right?

Now that these amazing athletes have won the eighth edition of the international championship, considered by many to be the most important in history, accolades are pouring in from everywhere.

Among them, there’s one that totally warms our hearts.

On Sunday night, St. Vincent Ferrer School in Cincinnati posted a photo of a young Rose Lavelle dressed as women’s soccer pioneer Mia Hamm at a school event when she was a girl.

Not sure who these inspiring women are? Rose Lavelle, one of the less-heralded players on the U.S. Women’s National Team (USWT), was the one who scored the second point in Sunday’s exciting World Cup 2-0 final against the Netherlands. She’s a 24-year-old midfielder who, in the regular season, plays for the National Women’s Soccer League’s Washington Spirit.

She now joins Megan Rapinoe, Alex Morgan (pictured with her after her historic goal, below) and Tobin Heath in women’s soccer immortality.

Mia Hamm is the legendary soccer star who dominated women’s soccer for much of her 17 years on the field, leading the USWT to two World Cup championships and two Olympic gold medals. She also held the record for most international goals scored until 2013, when she was eclipsed by her teammate Abby Wambach.

Today, Hamm is still considered one of the best soccer players in history. I remember seeing Hamm’s jersey number, 9, on the backs of many girls at women’s (and men’s) soccer games over the years (go Chicago Red Stars!) — her influence on the next generation of girls is well-documented.

And one of those girls turns out to be Lavelle. Check out the Facebook post from St. Vincent’s with this image:

How cute is she?

“Once upon a time, this little girl dressed up as her hero, Mia Hamm, for a book sharing project,” the caption reads. “Today, this amazing woman won her own gold medal, wearing the number 16, as part of the United States National Women’s Team that won their 4th World Cup Championship AND she won the Bronze Ball as the third best player in the tournament! Now, little girls everywhere look up to her, and will be working hard to become like Rose.”

The photo has gone viral, receiving more than 23,000 likes and at least 760 comments — many of them congratulatory and proud.

“My daughters grew up playing soccer and Mia Hamm was their idol,” one comment, from user Denise Powers, read. “Such a wonderful athlete and inspiration for my girls. And now Rose, this next generation has you! So happy and proud of all your dreams and hard work! Congratulations! YOU are truly team USA!!!”

Another commenter, Jennifer Melott Patty, wrote, “Thank you for being someone my daughter looks up to! Congrats on an amazing tournament!”

It’s so nice to see the torch being passed on, and the excellence of the U.S. women’s soccer team being heralded. Go U.S.A.!