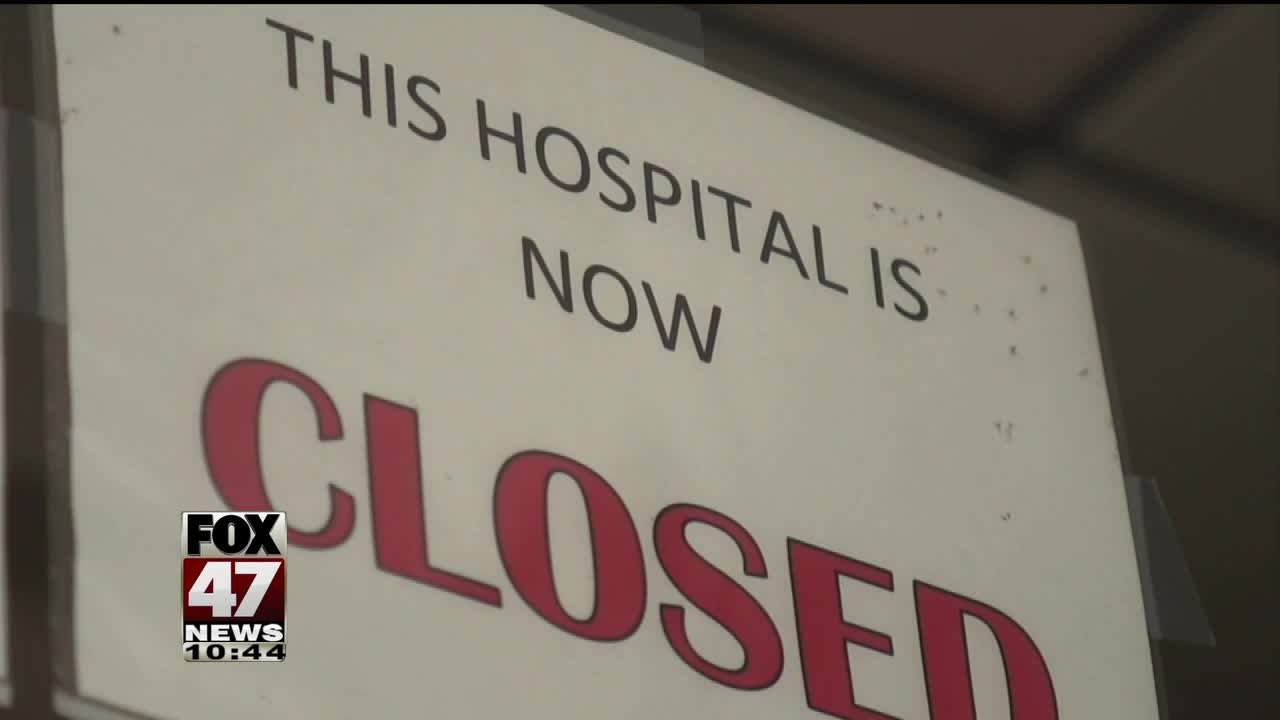 Many hospitals across this country are in crisis. Strapped for cash emergency rooms are being forced to close in the middle of a pandemic. Chris Conte shows us how it's creating life-or-death consequences for Americans.and what health care workers say is the immediate solution.

LANSING, Mich. — Many hospitals across this country are in crisis. Strapped for cash emergency rooms are being forced to close in the middle of a pandemic. Chris Conte shows us how it's creating life-or-death consequences for Americans.and what health care workers say is the immediate solution.

In silence, in emptiness, perhaps in perpetuity, the death of Cumberland River Hospital has thrust this place into darkness.

"We are seeing a huge divide in healthcare among Americans." Johnny Presley is the owner of this small rural hospital located in Celina, Tennessee, a town of 1400 people, and now a town that no longer, has an emergency room.

"When people can’t live in the rural communities they grew up in without access to healthcare it’s almost like you’re in a prison."

Months of fighting with medicare for reimbursement payments finally led to the inevitable. "I used over $2 million dollars of my own funds to keep this thing open for four months."

Hospitals across the country are struggling now more than ever, as patients are still avoiding elective surgeries because of COVID. These surgeries are the bread and butter of most hospital's bottom lines. It’s thrown all hospitals into a negative cash flow issue, not just about the money though.

"When I fell down the stairs I woke up from the fall." When Stephen Headrick fell down the stairs early this year, help was only a five minute drive away. "It means everything, it really does to a small community like this." With the hospital now closed, he'll now have to drive an hour next time there's an emergency. This is the reality of rural healthcare in America.

"So many people is gonna die, they’re gonna die because they don’t get the emergency care they need."

It is definitely a life or death situation, lives will be lost because of a lack of emergency rooms in rural communities.

Since 2005, a staggering 174 rural hospitals have shutdown nationwide.15 of those closures, happening this year alone, leaving a vacuum of care in their absence. Texas and Tennessee lead the nation in hospital closures.

Standup by the end of this year hospitals across the country are expected to lose 300 billion dollar, a staggering statistic that ripples far beyond the walls of any of America's most rural communities, where hospitals are often the single biggest employer in town.

When Cumberland River closed, nearly 100 doctors, nurses and staff were let go. "I think it’s awful, because we should have a hospital." By some estimates, 2020 may end up claiming the lives of nearly 200 more hospitals.

To keep our hospitals open during this pandemic the government has to intervene with federal aid.

Johnny Presley could reopen the hospital tomorrow, but so far, his pleas to politicians have gone unanswered. "I think it’s just a travesty that this country is going through. this country is so polarized that the most basic human needs of food and healthcare are being overlooked.

Rural lifelines on life support, with American lives hanging in the balance and the ability to take care of those folks is not available.