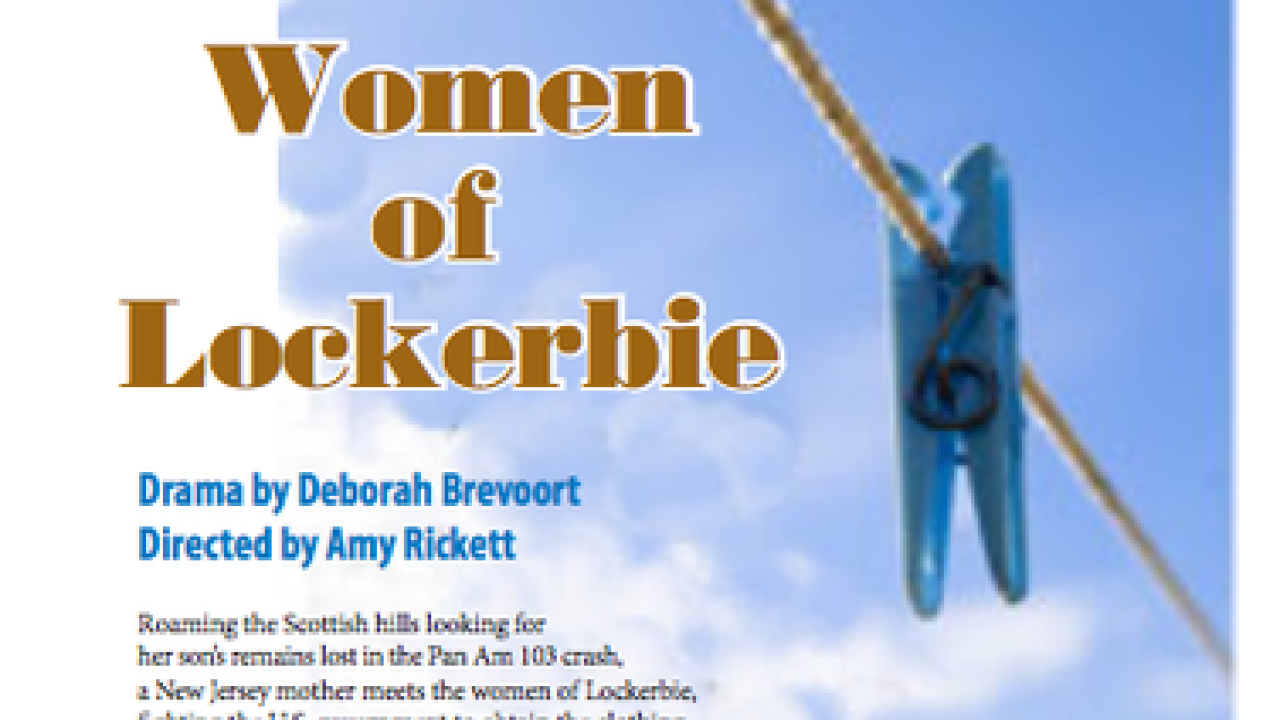 A mother from New Jersey roams the hills of Lockerbie, Scotland, looking for her son’s remains, which were lost in the crash of Pan Am 103 on December 21, 1988. She meets the women of Lockerbie, who are fighting the U.S. Government to obtain the clothing of the victims found in the plane’s wreckage. "The Women of Lockerbie" examines how to convert an act of hatred into an act of love, the women want to wash the clothes of the dead and return them to the victim’s families.

"The Women of Lockerbie" gives a powerful voice to a disturbingly contemporary anguish - how to respond to suffering caused by a terrorist attack. This production and its message are as relevant today as it was when this event occurred more than 25 years ago. It is also a wonderful message and poetic drama about the triumph of love over hate.

For additional information on Riverwalk Theatre productions and ticket information, please call 482-5700 or visit the website at www.riverwalktheatre.com.