Story of the 1963 Pontiac Convertible 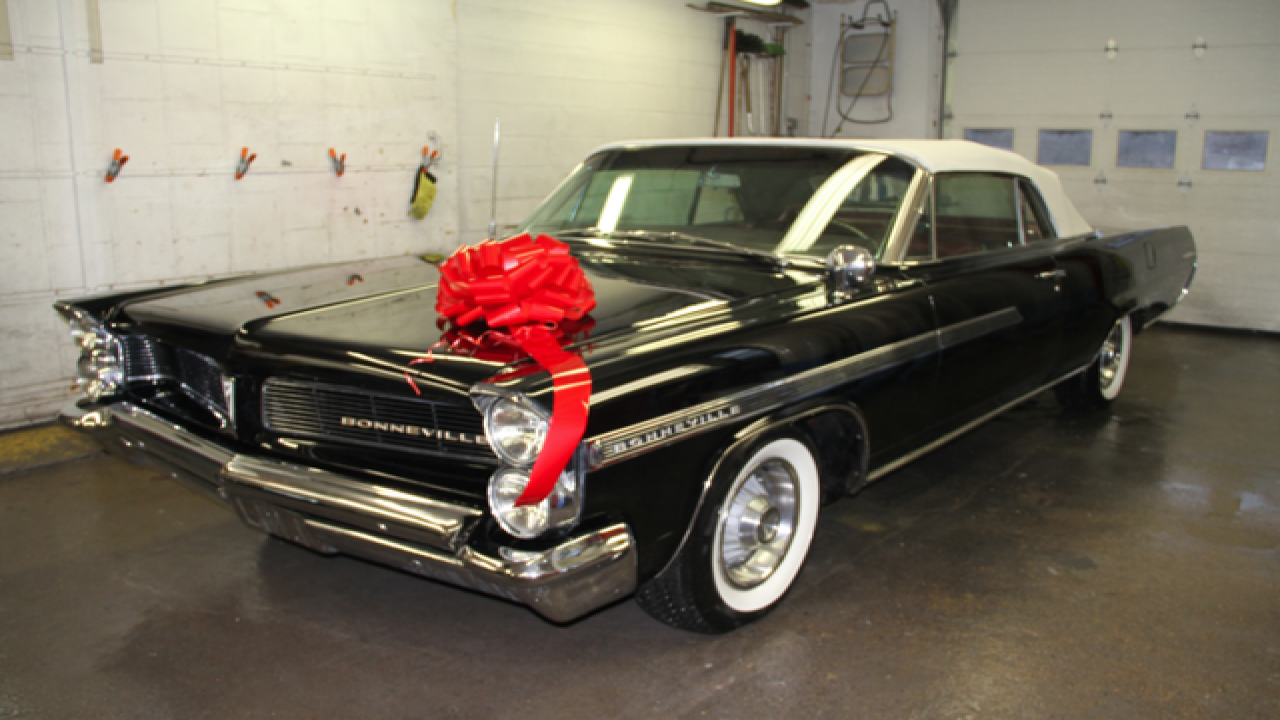 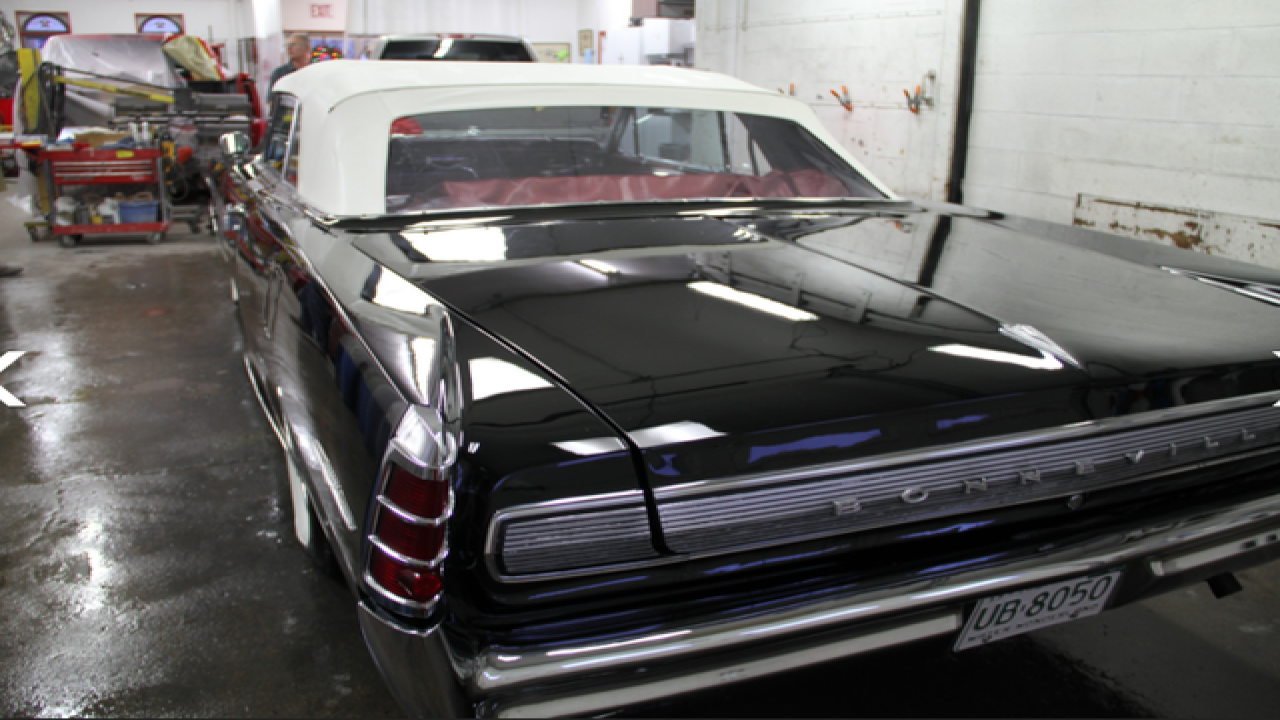 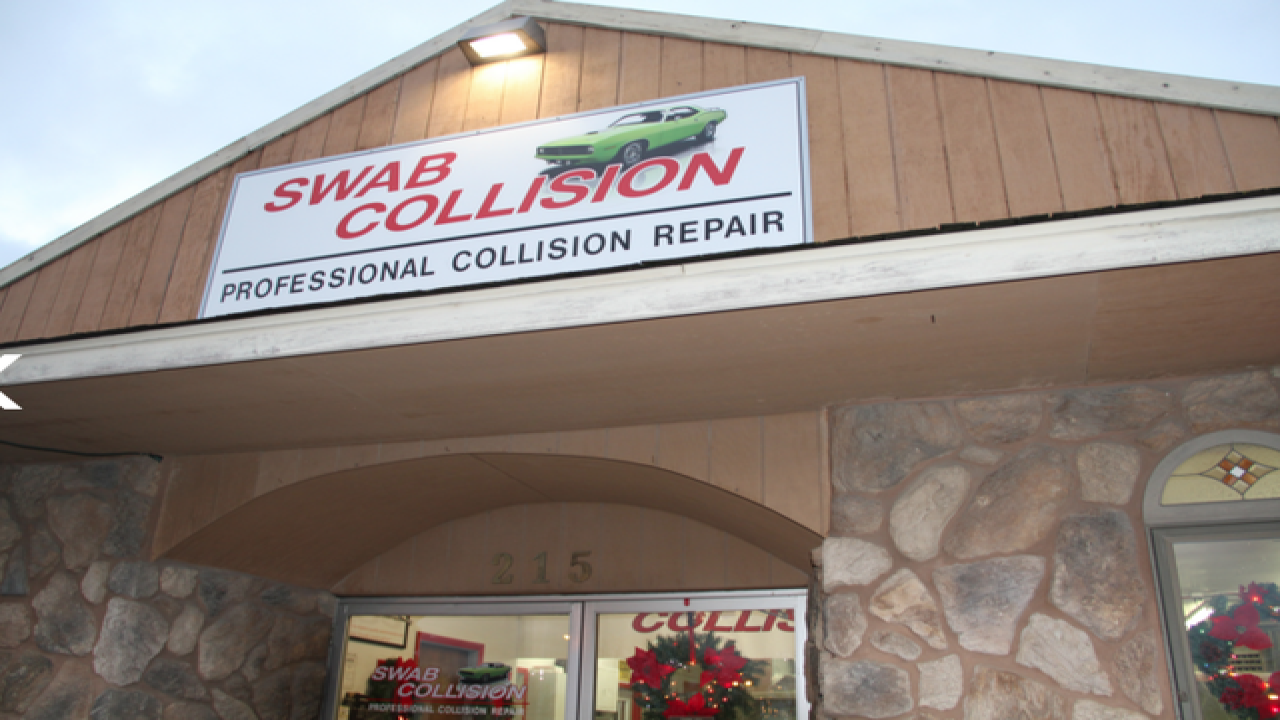 The new owner was able to drive the cars for over 3 years until the engine gave out. The owner parked the car in his barn and let it sit there. Both of Tom's sons tried to buy the car back but the owner refused saying he was going to restore it. In the early 80's he came face to face with the owner and his wife and they asked if he was still interested in the car. Before he could get a price to buy the car, the wife changed her mind on selling it back.

About a month later, she contacted Tom and asked if he could remodel their bathroom. He did the job and she wrote him a check for his work. He asked her again how much for the car and she signed the title and handed it over to him. Tom had the car towed back to his barn and restored it with "novice skill". He had the engine and transmission rebuilt, got new tires, breaks, and wheels. He also replaced the rusted parts, got the car a new top and a new color of red. Leather bucket and rear seats were added as well as seatbelts for the front seat and a new shaded windshield.

Tom licensed the car in 1990 with Michigan historic plates and began driving it. He had the car in a few local shows and in the Dimondale Memorial Day Parades.

After 25 years, Tom decided to restore the original look and condition so he took it to Mel Swab Collision in Mason. He says, "The end result was unbelievable". He now has his car to drive, show, and enjoy.