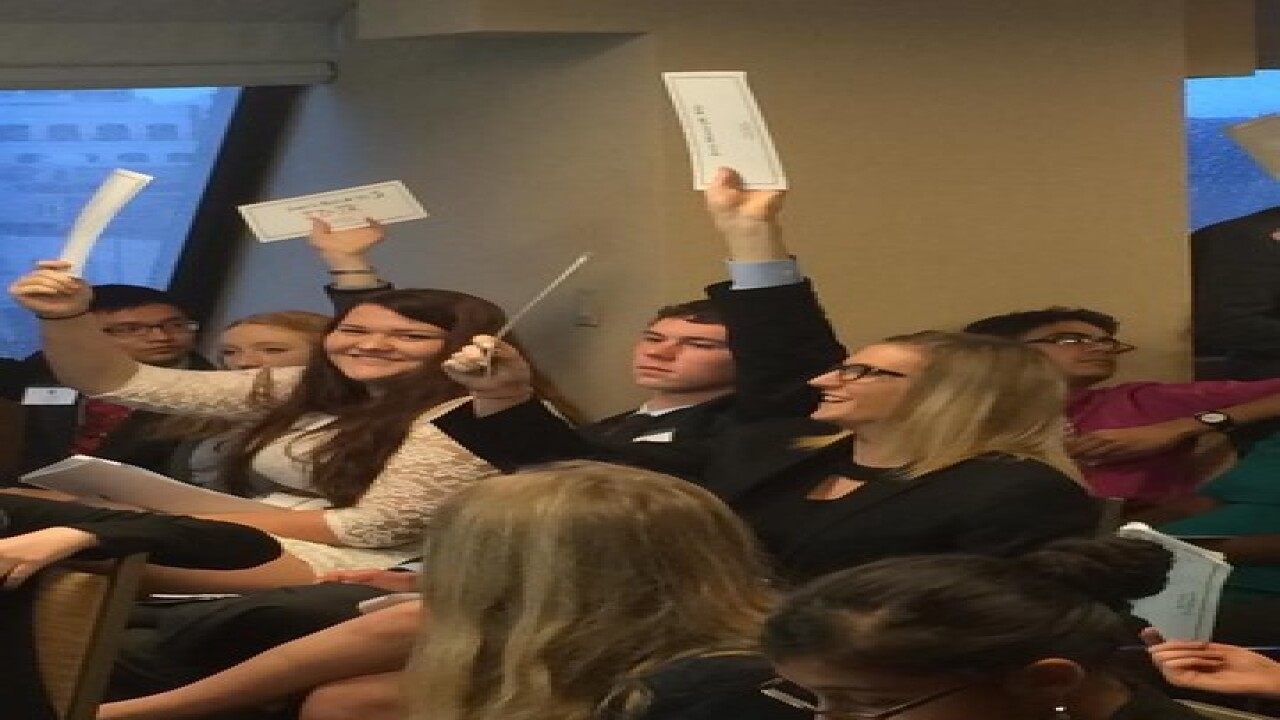 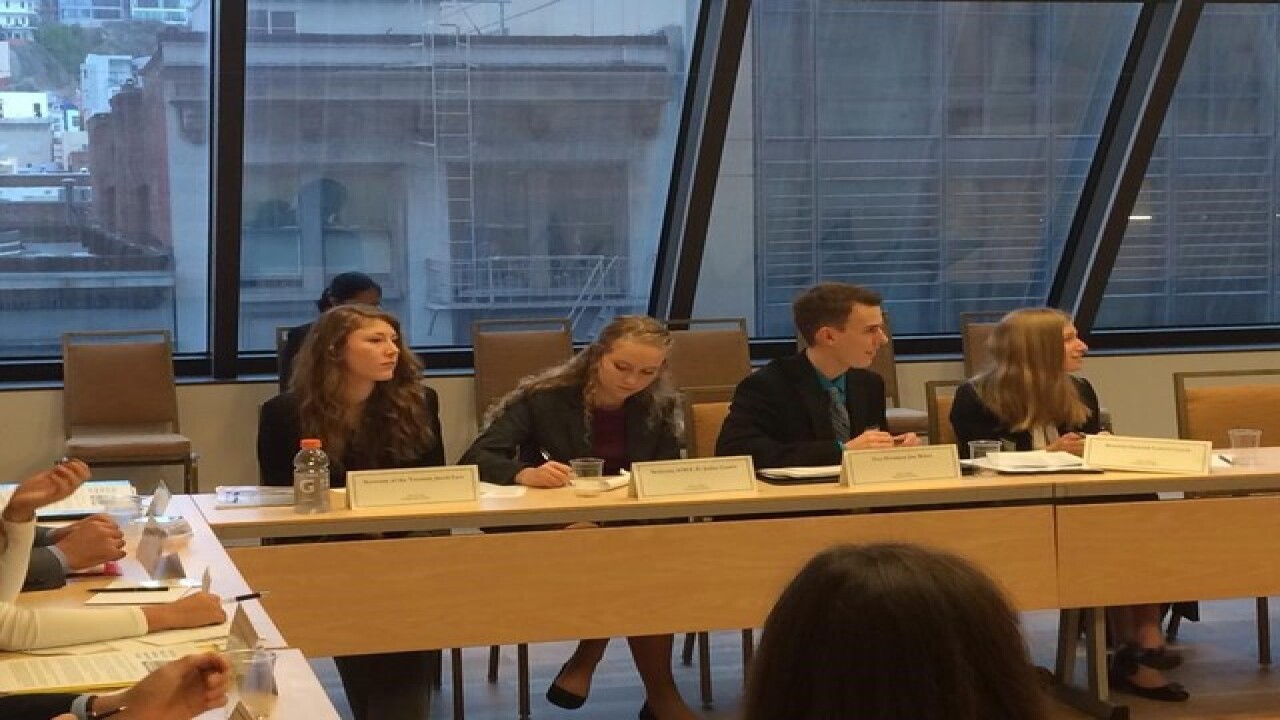 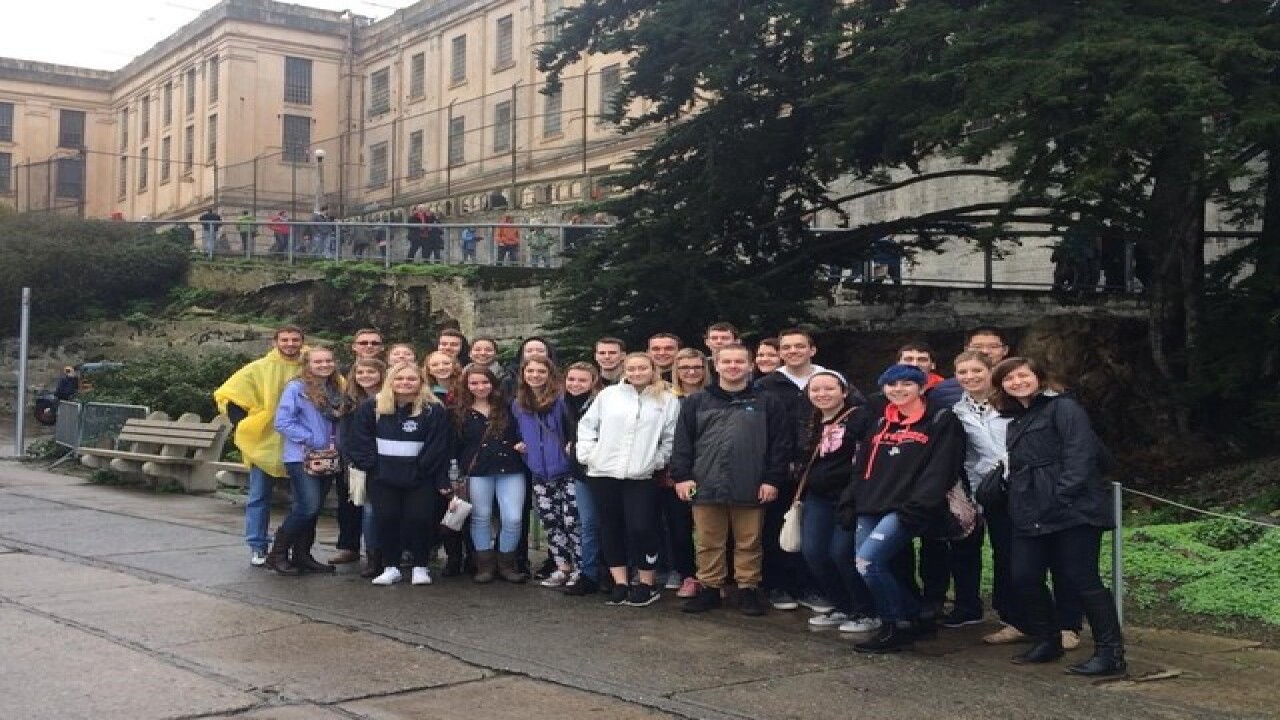 For the past 16 years, Charlotte High School has been the only high school from Michigan to participate in model congress simulations in Boston and San Francisco. 25 students and 3 teachers attended the 2016 conference in San Francisco last weekend (January 12-18). For three of these students, this marked their third conference appearance. For others, this was their second time at the conference, and several students hope to attend Boston next year.

During the trip students assume roles in the House of Representatives, Senate, Supreme Court, President’s Cabinet, FBI, National Economic Council, and the media. This year CHS had representation in all areas with one student being assigned the role of Vice President Joe Biden. The role of Vice President is a distinguished honor, as he is the leader of the cabinet at Harvard Model Congress and assumes the role as the leader of the cabinet and executive branch. In addition to this honor, Charlotte had two other positions within the presidential cabinet.

Students participated in drafting, debating, and creating legislation relating to real-world scenarios and issues such as women in combat, Syrian refugees, renewable energy, and election campaigning. In addition, they experienced a mock late-night crisis situation involving a chemical weapons crisis in Afghanistan. Additionally, the students engaged with activities geared toward improving candidates’ polling numbers leading up to the Iowa caucus and New Hampshire primary elections. One student who fulfilled a role as a Supreme Court Justice shared that his experience helped him to see that entering a career in the judicial field is something that he truly wants to pursue.

When not at the conference, students explored San Francisco. They took a boat tour of San Francisco Bay, visited and learned about the history of Alcatraz, and enjoyed sightseeing at Fisherman’s Wharf and Pier 39.

CHS is looking forward to continued participation, leadership, and demonstration of Oriole PRIDE at Harvard Model Congress Boston in February 2017.