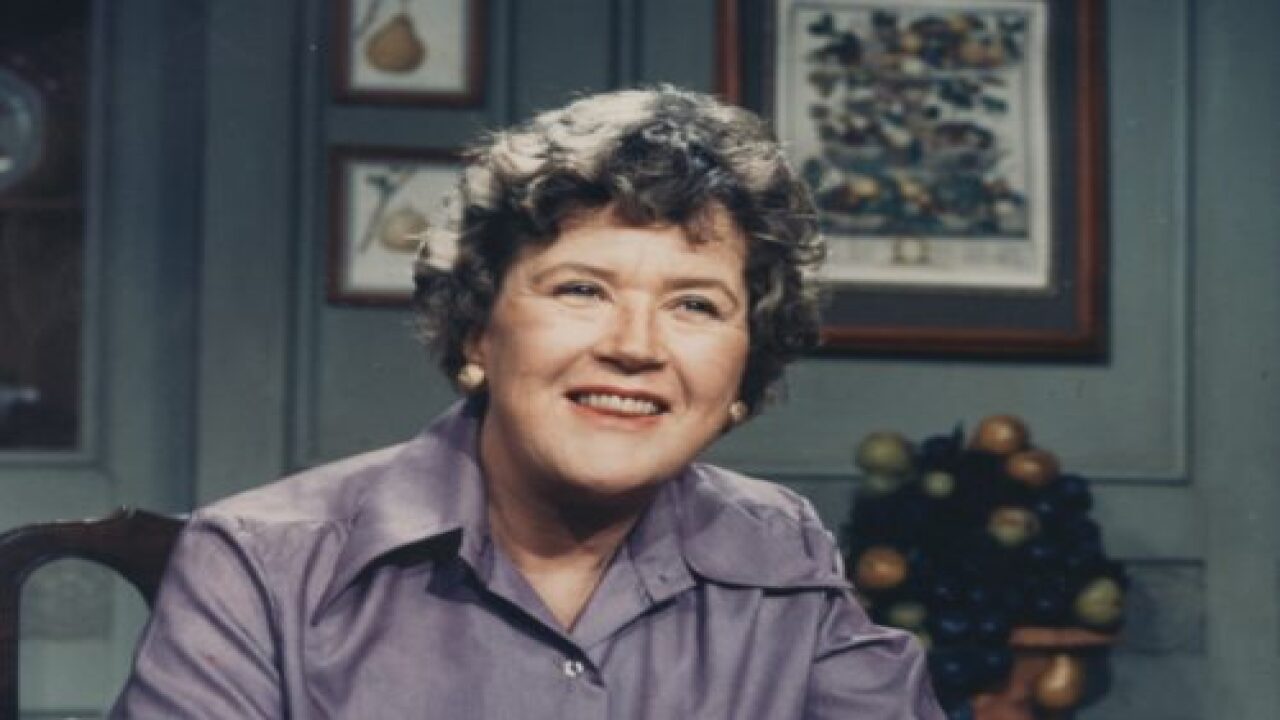 Long before we had celebrity chefs or started binge-watching “The Great British Baking Show” — all those soul-easing episodes that soothe with biscuits and cakes and unpronounceable bakes like kouign aman — Julia Child stole our hungry hearts with “The French Chef.”

Her first show first aired in 1963, and we’ve been hooked on her joie de vivre and delightful kitchen accidents ever since. Now, we get to revisit some of her best episodes, with commentary from some of those celeb chefs she paved the way for, when “Dishing with Julia Child” airs on PBS at the end of the month.

Nine chefs — José Andrés, Rick Bayless, Carla Hall, Vivian Howard, Sara Moulton, Jacques Pépin, Éric Ripert, Marcus Samuelsson and Martha Stewart — will appear on “Dishing” as they watch old episodes of “The French Chef” and talk about the effect Child had on their lives, careers and food in America.

Whatever they have to say about Child’s methods and her obvious delight in food and cooking (and butter!), you probably have your own takeaways that you still use in your own kitchen. As a vegetarian, I haven’t adopted her coq au vin or boeuf Bourguignon, but one of her axioms that applies to all home cooks sticks with me: “Never apologize!”

I hope at least one of the chefs in “Dishing with Julia Child” talks about her unapologetic philosophy. (Surely, Martha Stewart doesn’t apologize, right?)

The six-episode celebration of Child revisits “French Chef” classics: “The Whole Fish Story,” “The Good Loaf,” “Your Own French Onion Soup,” “Boeuf Bourguignon,” “The Potato Show” and “To Roast a Chicken.”

The show will launch Feb. 28 on PBS’s streaming platforms, PBS Living and PBS Passport, as well as Prime Video and Apple TV. All six episodes will broadcast on PBS across three Fridays in April: “The Whole Fish Story” and “The Good Loaf” air April 3; “Your Own French Onion Soup” and “Boeuf Bourguignon” air April 10; and “The Potato Show” and “To Roast a Chicken” will run on April 17.