Hundreds Of People Came To The Courtroom To See This Boy Get Adopted After 1,553 Days In Foster Care 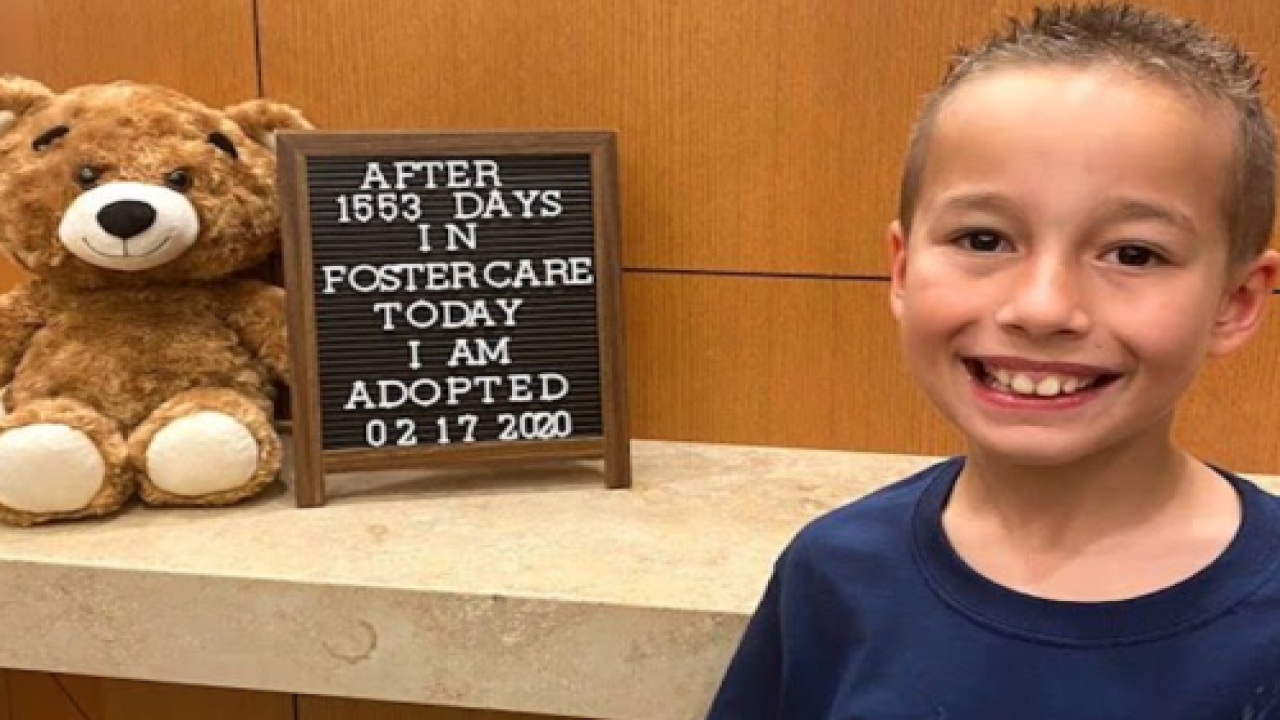 After spending half his life (1,553 days) in foster care, 8-year-old Nike Schwartz was finally adopted into his forever family on Feb. 17. And the Texas courtroom where Nike’s adoption took place was packed to the gills with 300 people who came to witness the joyful, momentous occasion.

The Dallas Cowboys even sent a gift basket to the courtroom filled with Cowboys gear (and a signed football!) to help celebrate the milestone.

The day was captured on video and in photographs by Buckner International, a Christian, non-profit private adoption agency that worked with the Schwartz family for four years to provide Nike with his forever home.

The agency posted a highlight video of the day to Twitter.

Nike Garza has been in #fostercare for 1,553 days (half of his life), and today he was #adopted by his forever family. Thank you to the @dallascowboys for making Nike's #adoption day even more special! #HopeShinesHere pic.twitter.com/ktpjrNrnlY

The Schwartz family of Allen, Texas, also includes a 17-year-old biological daughter and a 10-year-old adopted daughter. Kristi Schwartz, who has been fostering children with her husband David for 11 years, told “Good Morning America” that they had not planned on fostering more kids until they were contacted about Nike.

“We got a call asking to take him in and we said yes and he showed up at our door at midnight on May 4, 2016,” she said. “You see these kids in their rawest form and you just feel this maternal instinct to want to provide that stability for them. For me and Nike, it was pretty quick that I knew that.”

According to Texas ABC affiliate WFAA, Child Protective Services took Nike out of his biological parents’ home because of neglectful supervision and drug use in the home. After his first foster placement didn’t work out, CPS caseworker Elizabeth Cruz and her team requested the Schwartz family foster him with the intention of adoption.

Anne Marie Holstead, an adoption specialist at Buckner, said she and her team expected Nike to be adopted in about six months, but that didn’t happen.

“Every time I’ve seen him the last two and a half years, I always say, ‘Do you have any more questions for me?'” Holstead told WFAA. “And he always says, ‘When am I going to be adopted?'”

Nike said he felt “really loved” when he found out David and Kristi were going to adopt him.

“I just believe in them,” he told WFAA. “I believe them.”

Andi Harrison, Buckner International’s Foster Care and Adoption program director for North Texas, says there are more than 442,000 children in foster care in the U.S., with more than 33,000 of those in Texas alone.

“Everyone at Buckner International is overjoyed that Nike’s adoption journey is complete after four years, and he is now permanently with his forever family,” she said in a statement to Simplemost. “We were blessed to walk hand in hand with the Schwartz family during the process of adoption.”

Harrison also remarked on the heartwarming turnout in the courtroom for Nike’s adoption. “Nike is loved so much, as evidenced by the 300 friends and family who came to his adoption. He truly completes the family.”

Congratulations to Nike and the Schwartz family on this wonderful occasion!