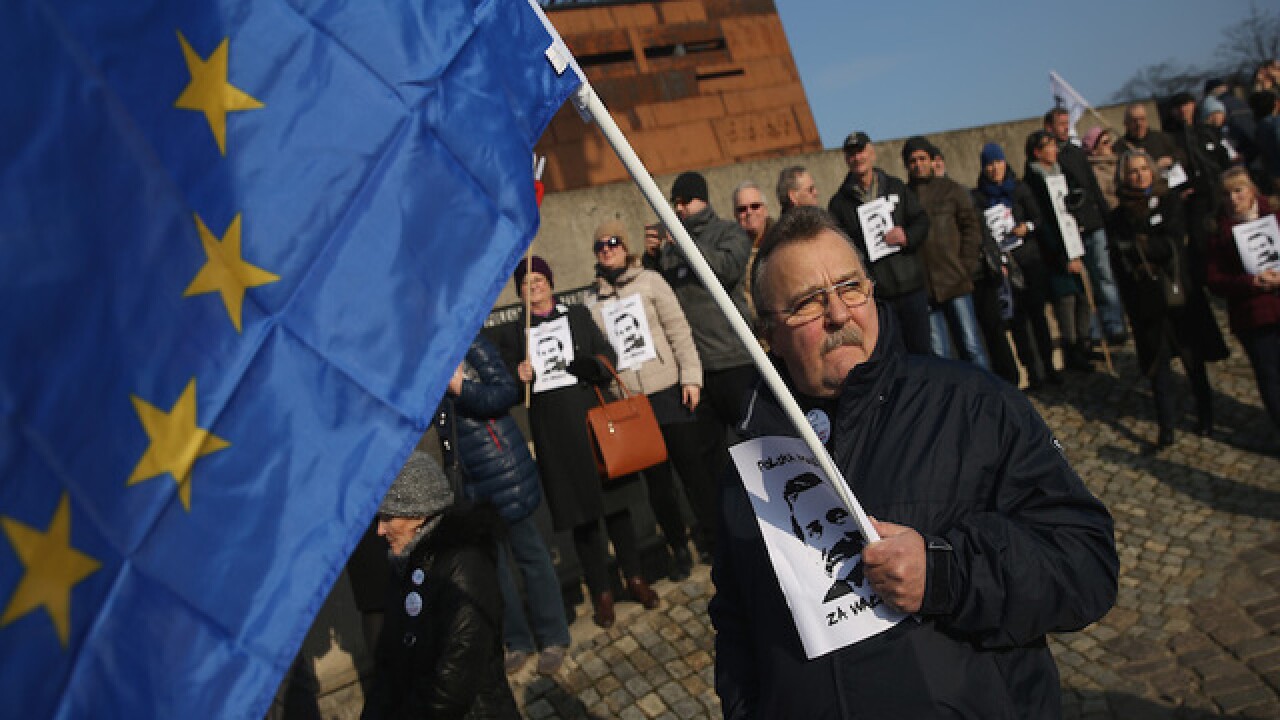 WARSAW, Poland (AP) — A senior European Union official says the bloc has found that Poland's government is amiss on the rule of law and has taken a step toward sanctions.

EU Commissioner Frans Timmermans said Wednesday that the EU Commission has adopted an opinion criticizing Poland's conservative government for its actions relating to the Constitutional Tribunal which have paralyzed the key court. This means that EU leaders have found months of negotiations with Warsaw unsatisfactory and it brings the standoff closer to sanctions for Warsaw.

In January, the commission opened a multi-step procedure checking whether Poland respects the rule of law. It could potentially lead to stripping Poland of its EU voting rights.