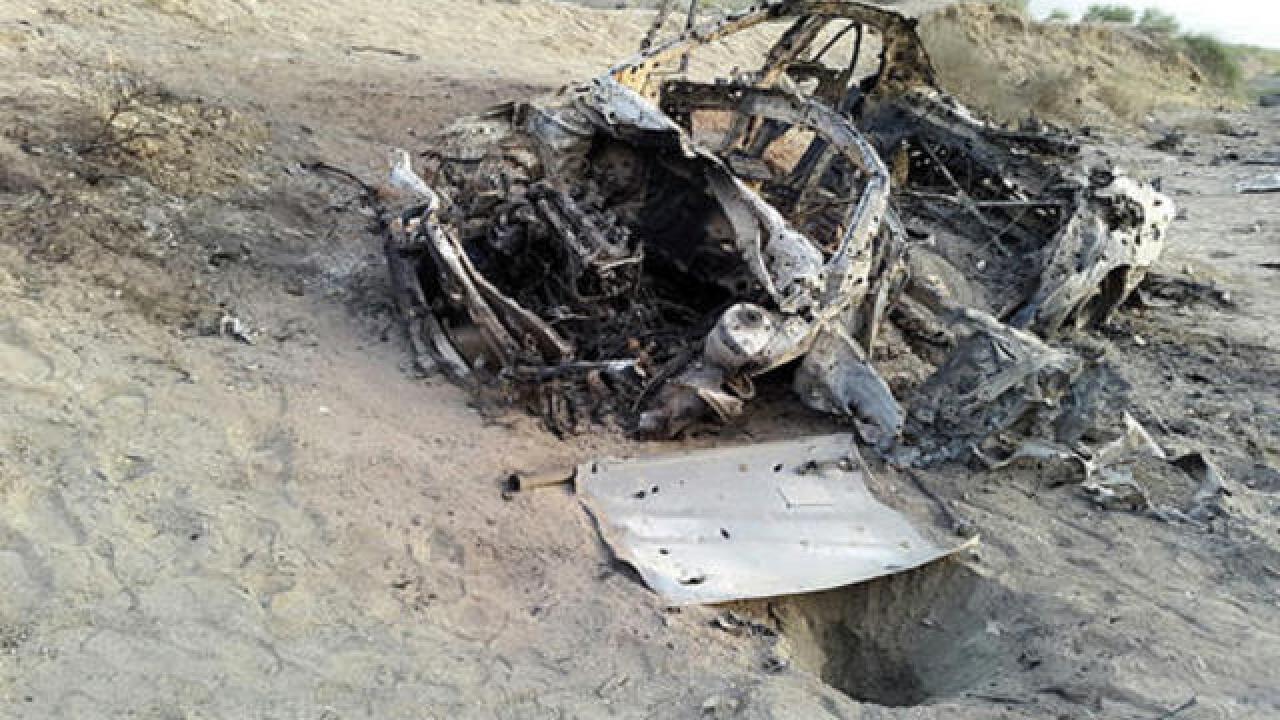 Copyright Associated Press
Abdul Salam Khan
<p>This photo taken by a freelance photographer Abdul Salam Khan using his smart phone on Sunday, May 22, 2016, purports to show the destroyed vehicle in which Mullah Mohammad Akhtar Mansour was traveling in the Ahmad Wal area in Baluchistan province of Pakistan, near Afghanistan's border. A senior commander of the Afghan Taliban confirmed on Sunday that the extremist group's leader, Mullah Mohammad Akhtar Mansour, has been killed in a U.S. drone strike. (AP Photo/Abdul Salam Khan)</p>

ISLAMABAD (AP) — Pakistan's Interior Minister Chaudhry Nisar Ali Khan said Tuesday that authorities will perform DNA tests on the body of a man who was killed in an American drone strike to determine whether the slain man is actually Taliban chief Mullah Mohammed Akhtar Mansour.

At a televised news conference in Islamabad, Khan said Pakistan is still unable to officially confirm Mansour's death, although Washington, Kabul and some senior Taliban commanders have confirmed it.

The Taliban has yet to formally announce his death.

Khan condemned the drone strike, calling it a violation of Pakistan's sovereignty and international laws.

He said Washington officially notified Pakistan seven hours after carrying out the strike, saying they had targeted Mansour inside Pakistan and that "he was no more alive."

He said Pakistani officials later found two "charred bodies" in a badly burned car and one of them was a driver whose body was handed over to his relatives. The second person's body could not be identified as he was not a Pakistani, Khan said.

One of Mansour's relatives had contacted Pakistan in order to retrieve the body, Khan said, but Pakistan would only do so when the DNA testing was complete.

Khan also rejected the notion that Mansour was a threat to peace in Afghanistan, insisting that Mansour had backed the first round of face-to-face talks between the Taliban and Kabul, which was hosted by Pakistan in July 2015. That process, Khan said, was sabotaged when Kabul decided to reveal that Taliban leader Mullah Mohammad Omar had in fact been dead for nearly two years.