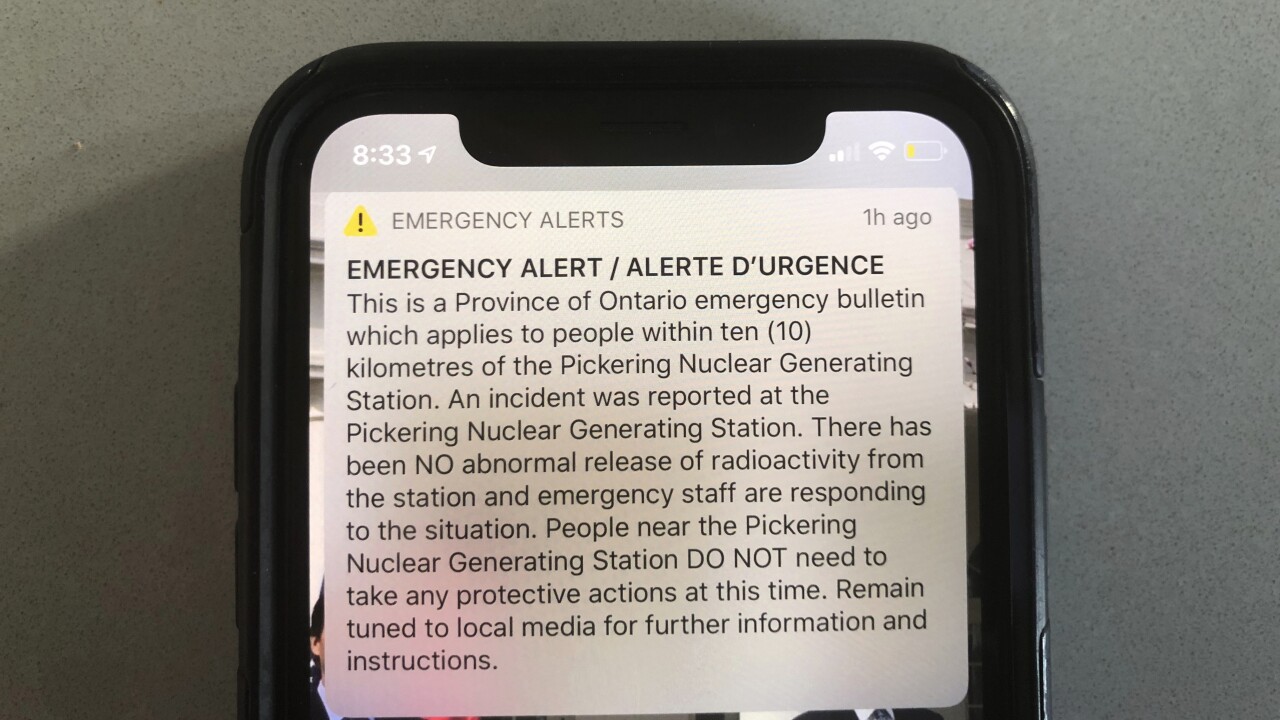 People throughout the Canadian province of Ontario awoke to an emergency alert warning of an “incident” at a nuclear plant near Toronto, only to be told later that the message was a mistake.

The initial warning popped up Sunday on cellphone screens and television screens throughout the province of 14 million. It said an unspecified event had occurred at the Pickering Nuclear Generating Station.

It added that there had been no abnormal release of radioactivity. Some people planned evacuations.

More than an hour later came another message saying the first alert had been an error.